An armed F-16 fighter jet reportedly crashed into a warehouse while attempting to land at March Air Reserve Base in Southern California, as confirmed by an Air Force official late Thursday.

The pilot is safe after ejecting, and is being medically evaluated.

We spoke with our own C-Vine member, Vincent Wellingham of San Bernadino County, who heard the fighter jet “rip” overhead around 4:00 PM, shortly before the reported crash. “It was going extremely low and extremely fast as it passed over my house.  I didn’t see it, but I heard it and recognized the sound as a fighter jet.”

This is a developing story and we will have more details as soon as they become available. 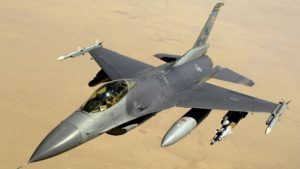 An F-16 fighter jet crashed into a warehouse while attempting to land at March Air Reserve Base in Southern California, an Air Force official confirmed to Fox News late Thursday.

The pilot was not hurt and there were no immediate reports of injuries on the ground, said Maj. Perry Covington, director of public affairs at the base.

Interstate 215, which runs between the base and the warehouse, was closed in both directions, backing up rush-hour traffic for miles. 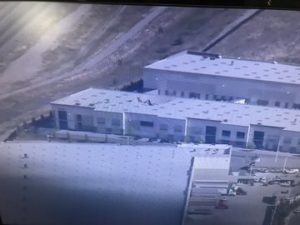 BREAKING: Here is a closer look at the hole in the building after the F-16 crashed. @foxla pic.twitter.com/iGYkxd7p72 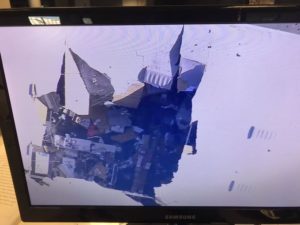 Television news footage showed a large hole in the roof and sprinklers on inside the building about 65 miles east of Los Angeles. The jet’s cockpit canopy was on a runway and a parachute had settled in a nearby field.

The pilot ejected and was being medically evaluated, according to the Riverside County Sheriff’s Office.

The F-16 is assigned to the Air National Guard, officials said. One official told Fox News that the F-16 was one of the alert jets for the North American Aerospace Defense Command and was armed.

The cause of the crash was not immediately known.