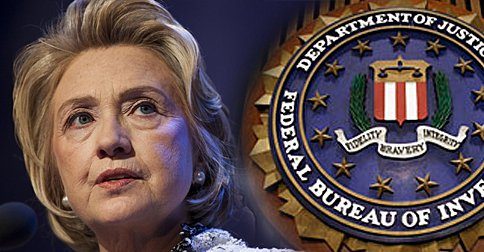 It was reported today that the Obama FBI and DOJ worked with Hillary Clinton in the destruction of evidence pertinent to her case.  Her case was a sham and the FBI assisted in the coverup.

In breaking news, the American Center for Law and Justice or ACLJ (Jay Sekulow’s organization, not related to his role as the President’s attorney), has obtained actual copies of the immunity agreements pertaining to Cheryl Mills and Heather Samuelson in the Hillary email scandal. This was a stunning litigation win, hard-fought after years of litigation by the ACLJ attorneys, who were unable to extract the documents through the normal FOIA processes, due to a lack of cooperation by the government.

In reviewing what the agreements uncovered, keep in mind that Cheryl Mills was Secretary Clinton’s Chief of Staff at the State Department and then bizarrely, she subsequently served as Clinton’s attorney, representing her in the email scandal. Heather Samuelson worked on Hillary Clinton’s 2008 campaign, and then became a Senior Advisor to her at the State Department, as well as the White House liaison. Somehow, she also became one of Clinton’s personal attorneys during the email scandal.

The immunity agreements issued by the government, were crafted so that the agencies could extract information from the parties, despite the fact that this is not necessary because DOJ has the power to require that the information be turned over. Clinton kept classified emails on a private server in violation of Federal law, and the immunity agreements reveal that both Cheryl Mills and Heather Samuelson were actively involved in the cover-up of these emails as well as in the destruction of evidence. According to Jordon Sekulow, Executive Director of the ACLJ, it is extremely unusual for someone involved in a criminal cover up, who needs an immunity deal to ensure the evasion of jail time, later becomes the attorney representing the other potential criminal or co-conspirator.

Subsequently, Mills and Samuelson finally gave the computers over to the FBI, which per their agreements, limited the FBI’s investigation. The FBI agreed to limit a) the method by which the emails investigated would be obtained; b) the scope of files which would be investigated, and c) the timeframe parameters for investigated emails. In other words, the FBI agreed in the immunity contracts not to do a full investigation on the Clinton emails. To make matters worse, again, per the immunity agreements, the FBI agreed to destroy the computers that had the back-up emails.  As Congressman Jim Jordan referenced during the Mueller hearings recently, the FBI used bleachBit to purge the server so the information could never be accessed in the future and used hammers to smash the cell phones involved. In other words, the FBI and DOJ participated in the destruction of the evidence.  In effect, this constitutes is a conspiracy between the Obama DOJ (under Loretta Lynch) and the Comey-led FBI to cover up Clinton’s crimes.

James Comey, the former Head of the FBI, came out a few weeks after all this occurred and famously said that no charges would be pressed against Hillary Clinton in spite of her many crimes –

Now we have more evidence that the corrupt FBI was in on it too.  Hillary was never going to be indicted for anything while President Obama was in power!