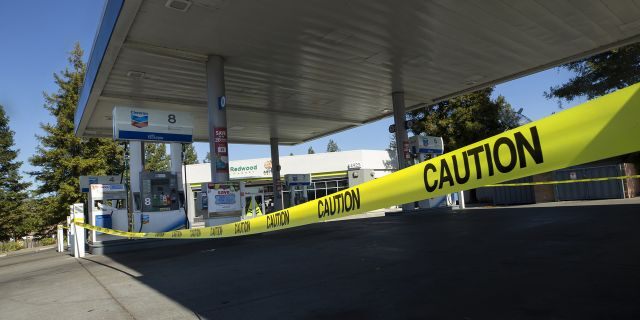 With the wind dying down, Pacific Gas and Electric Co. completed the planned shutdown of power across nearly three dozen counties in California Thursday and initiated the arduous process getting electricity restored.

An estimated 2 million people — or 600,000 customers — were without power at the peak of the massive outage, which hit parts of 34 counties Wednesday and Thursday. Officials said those who have not experienced an outage will not lose electricity.

It could take days to restore power to all those affected.

Before turning the power back on, the utility needs to inspect 2,400 miles of transmission lines and 24,000 miles of distribution lines — a process requiring 45 helicopters and 6,300 people on the ground, according to the state’s Office of Emergency Services.

The shutoffs started early Wednesday in the northernmost counties and then hit those farther south, including Alameda, Contra Costa and San Mateo, just before 11 p.m. Wednesday, nearly 11 hours after the company said they could begin. The initial warning prompted many schools and universities in the central Bay Area to close for the day, in anticipation of blackouts that didn’t happen.

After the winds shifted south, PG&E started restoring power to northernmost counties, including 126,000 residences and businesses, 74,000 of them in Humboldt County. But by dawn Thursday, thousands more people in those areas were enduring a second day without power.

The power company said about 234,000 customers would be impacted during the second phase.

PG&E faced intense criticism from every angle, including a massive backlash on social media and rebukes from politicians.

Thousands Of Edison Customers Without Power Due To Safety Shutoffs; No Shutoffs Were Planned:

The shutoff also affected customers in Ventura, Kern and San Bernardino counties, according to the Edison website.

Experts say there are between two and three people for each electrical customer.

According to one Edison official, more than half of all fire starts in the last five years were due to objects flying into power lines.

There was at least one report of downed power lines near Topanga Canyon and Devonshire in Chatsworth due to the winds. Several businesses in the area were without power and traffic lights were also offline, CBSLA’s Amy Johnson reported.

Officials later indicated the outage was caused by a construction tarp that blew into nearby power lines.

The Santa Clarita Valley Sheriff’s Station tweeted out a photo of a downed tree at Magic Mountain Parkway and McBean just off the 5 Freeway.

In a tweet Thursday morning, the Los Angeles Department of Water & Power said the utility had no plans to perform safety shutoffs similar to Edison’s.

A red flag warning for the region was extended into Friday evening.

PG&E power shut-downs in Southern California are scheduled for 10/15.