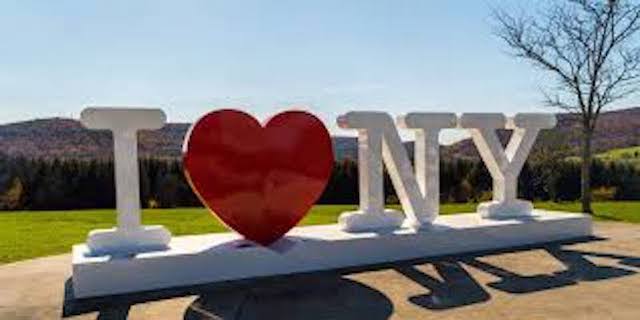 Will Canceled Primary Elections Stifle the Voice of the People?

People want their voices heard. The Primary Election was established to do just that. With the New York Primary being canceled, will citizens be expected to relinquish their rights of placing the candidate of their choice on the ballot?

With the relocation of tens of thousands of residents, voter fraud becomes a catch for unaccounted-for mail-in ballots. Many ‘dead’ voters have been unearthed by watchdog groups who are in the process of cleaning up outdated voter rolls. We have learned with third-party ballot counting, historically many ballots go missing. Will public outcry be met with an expected compromise of mail-in voting?   The primary election was developed so registered voters may have a voice in the general election by secret ballot.

New York officials canceled the state’s Democratic presidential primary nominating contest that was set for June 23 in an attempt to curb the spread of the CCP virus.

Democrats on New York’s State Board of Elections voted to render the decision on Monday, although the state’s congressional and state-level contests will be held on June 23 as planned. It means, however, that New York is the first state to outright cancel its primary after several other states suspended theirs.

The board’s Democratic co-chairman, Douglas A. Kellner, told The New York Times that he ultimately decided that it was time to say that the primary served no real purpose after Sen. Bernie Sanders (I-Vt.) dropped out of the race weeks ago, leaving former Vice President Joe Biden virtually unopposed among Democrats.

“What the Sanders campaign wanted is essentially a beauty contest that, given the situation with the public health emergency, seems to be unnecessary and, indeed, frivolous,” Kellner said, adding that he read thousands of messages from Sanders supporters to go ahead with the primary contest.

“Obviously the intent of the legislature was not to have a primary election where there is no real contest,” he added.

Andrew J. Spano, another member of the Board of Elections, told the newspaper that a primary could spread the CCP (Chinese Communist Party) virus, also called the novel coronavirus, to poll workers and the public across New York, which has the highest number of cases and deaths in the United States.

“We should minimize the risk,” he said of his decision.

Meanwhile, Gov. Andrew Cuomo, a Democrat, told reporters at a daily pandemic briefing that he would not go against the state’s Board of Elections.

“I know there are a lot of election employees, employees of boards of elections, who are nervous about conducting elections. But I’ll leave it up to the Board of Elections,” he said on Monday.

In Wisconson, health officials said about 40 cases of COVID-19 in Milwaukee County were linked to the April 7 elections, according to WUWM.

A week ago, New York Democratic Party chair Jay Jacobs suggested that canceling the primary would mean there is a lower expected turnout and a reduced need for polling stations across the state.

“It just makes so much sense given the extraordinary nature of the challenge,” Jacobs said last week, reported The Associated Press.

Supporters of Sanders had asked state commissioners not to cancel the primary.

“Senator Sanders has collaborated with state parties, the national party and the Biden campaign, to strengthen the Democrats by aligning the party’s progressive and moderate wings. His removal from the ballot would hamper those efforts, to the detriment of the party in the general election,” a lawyer for Sanders’s suspended campaign, Malcolm Seymour, wrote in a letter that was obtained by the Wall Street Journal.