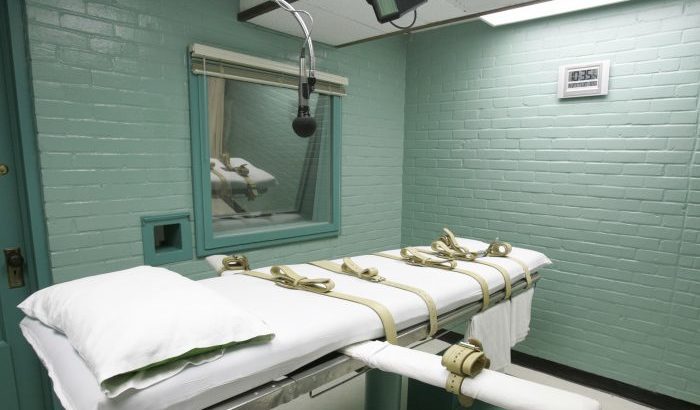 The crime report below, is almost too horrific to read.  These crimes will now require accountability.  It’s high time. 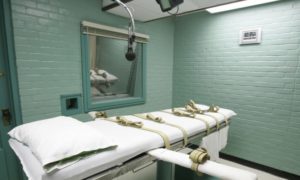 The gurney in Huntsville, Texas, where Texas’ condemned are strapped down to receive a lethal dose of drugs. (Pat Sullivan/File Photo via AP)

The federal government is going to resume capital punishment after a lapse of nearly 20 years.

Attorney General William Barr said in a July 25 announcement that he has directed the Federal Bureau of Prisons to adopt an addendum to the Federal Execution Protocol, which will clear the way for the government to resume capital punishment.

The executions will start with five inmates on death row convicted of murder.

“Congress has expressly authorized the death penalty through legislation adopted by the people’s representatives in both houses of Congress and signed by the President,” Barr said in a statement.

“Under Administrations of both parties, the Department of Justice has sought the death penalty against the worst criminals, including these five murderers, each of whom was convicted by a jury of his peers after a full and fair proceeding. The Justice Department upholds the rule of law—and we owe it to the victims and their families to carry forward the sentence imposed by our justice system.” 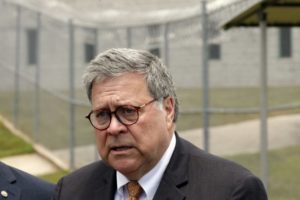 The addendum is similar to the guidelines that several states use, including Georgia, Missouri, and Texas.

It replaces the three-drug procedure that used to be used in federal executions with a single drug, pentobarbital.

Since 2010, 14 states have used pentobarbital in over 200 executions, and federal courts, including the Supreme Court, have repeatedly upheld the use of pentobarbital in executions as consistent with the Eighth Amendment, according to the department.

The first execution is slated to occur on Dec. 11. 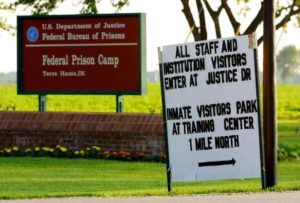 Inmates to Be Executed

According to the department, Lee is “a member of a white supremacist group [who] murdered a family of three, including an eight-year-old girl.”

“After robbing and shooting the victims with a stun gun, Lee covered their heads with plastic bags, sealed the bags with duct tape, weighed down each victim with rocks, and threw the family of three into the Illinois bayou. On May 4, 1999, a jury in the U.S. District Court for the Eastern District of Arkansas found Lee guilty of numerous offenses, including three counts of murder in aid of racketeering, and he was sentenced to death. Lee’s execution is scheduled to occur on Dec. 9, 2019,” it stated.

Mitchell “stabbed to death a 63-year-old grandmother and forced her nine-year-old granddaughter to sit beside her lifeless body for a 30 to 40-mile drive. Mitchell then slit the girl’s throat twice, crushed her head with 20-pound rocks, and severed and buried both victims’ heads and hands,” the department stated, noting his execution is scheduled for Dec. 11. 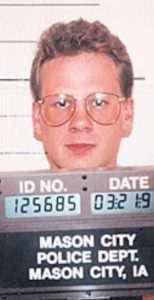 Purkey “violently raped and murdered a 16-year-old girl, and then dismembered, burned, and dumped the young girl’s body in a septic pond. He also was convicted in state court for using a claw hammer to bludgeon to death an 80-year-old woman who suffered from polio and walked with a cane,” according to the department. He was slated to die on Dec. 13.

Bourgeois “physically and emotionally tortured, sexually molested, and then beat to death his two-and-a-half-year-old daughter,” the department said. His execution was scheduled for Jan. 13, 2020.

The department also said that Honken “shot and killed five people—two men who planned to testify against him and a single, working mother and her ten-year-old and six-year-old daughters.” His execution was scheduled for Jan. 15, 2020.

“Each of these inmates has exhausted their appellate and post-conviction remedies, and currently no legal impediments prevent their executions, which will take place at U.S. Penitentiary Terre Haute, Indiana. Additional executions will be scheduled at a later date,” the department stated.