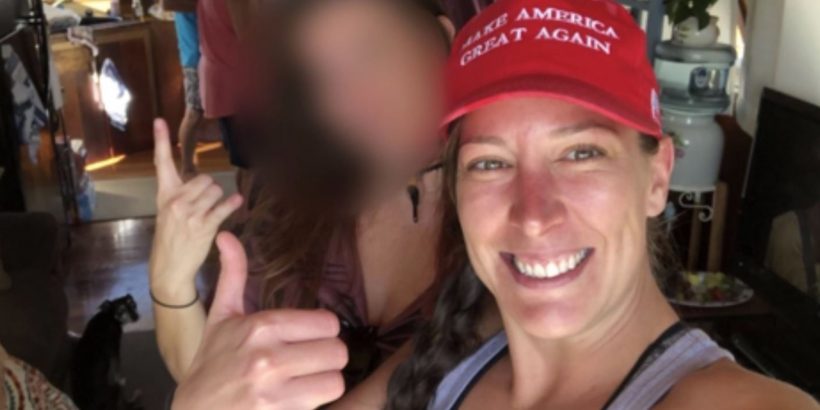 The U.S. Capitol Police officer who fatally shot a military veteran inside the Capitol building on Jan. 6 was cleared by his department and won’t face internal disciplinary action.

The U.S. Capitol Police (USCP) announced on Aug. 23 that an internal investigation found the officer’s conduct in shooting Ashli Babbitt both lawful and within department policy.

The officer hasn’t been officially identified.

“This officer and the officer’s family have been the subject of numerous credible and specific threats for actions that were taken as part of the job of all our officers: defending the Congress, Members, staff, and the democratic process,” the USCP said in a statement.

“The actions of the officer in this case potentially saved Members and staff from serious injury and possible death from a large crowd of rioters who forced their way into the U.S. Capitol and to the House Chamber, where Members and staff were steps away. USCP officers had barricaded the Speaker’s Lobby with furniture before a rioter shattered the glass door. If the doors were breached, the rioters would have immediate access to the House.

“The officer’s actions were consistent with the officer’s training and USCP policies and procedures.”

Babbitt, 35, was among the crowd that breached the Capitol on Jan. 6, interrupting a joint session of Congress convened to certify the presidential election’s electoral votes. As she attempted to enter the Speaker’s Lobby, adjacent to the House chamber, she was shot by the USCP officer. Babbitt was soon declared dead.

A lawyer who represents Babbitt’s family, Terrell Roberts, said in a statement that that evidence clearly shows that killing Babbitt was legally unjustified because there was “ample police manpower present in the Speaker’s Lobby who were ready and able to stop or arrest” her.

He also noted that the USCP said that the officer “potentially” saved members of Congress and staffers from injury and possible death.

“One cannot be shot for potentially being a threat. One has to be an imminent threat—a real and immediate threat,” he said.

The officer’s lawyers have defended his actions, claiming he issued warnings, that the shooting was justified, and that he could have fired more than one shot.

Roberts has argued it was too noisy to hear any commands issued and that the officer shouldn’t have shot Babbitt because she was unarmed.

The Department of Justice (DOJ) announced in April that it wouldn’t pursue charges against the officer. The U.S. Attorney’s Office for the District of Columbia and the DOJ’s Civil Rights Division jointly made the decision because there was “insufficient evidence to support a criminal prosecution.”

Babbitt’s family sued in June to make the identity of the officer public; the family has also said it plans to file a wrongful death lawsuit.