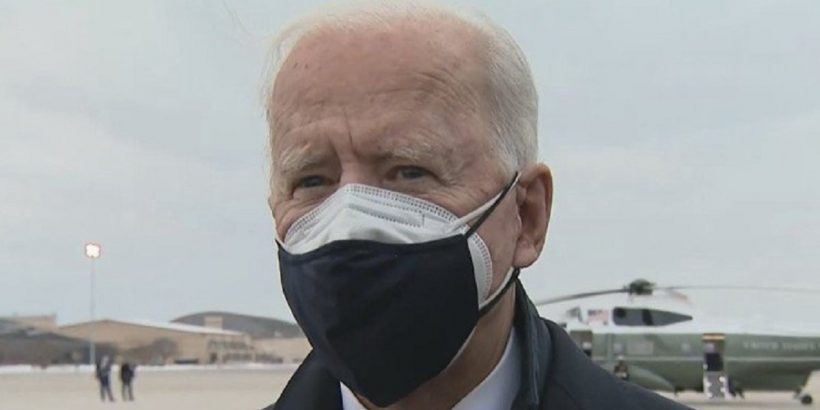 People will put up with a little absentmindedness or occasional faux pas. But when creeping senility puts lives at risk and national interests in jeopardy, that’s entirely different.

When it was clear Joe Biden’s victory would stand up, it was obvious to me that Biden’s mental troubles, to frame it gently, would result in him being out of office one way or another within six months of his swearing-in.  By then, the Trojan Horse would have served his purpose. Democrats would control all three branches of government and have pushed through many fundamental changes.

Biden did his share. He signed a record number of executive orders, many of questionable constitutionality. But now, as has been so painfully and obviously illuminated by the Afghanistan debacle, the president’s competence and reliability are dramatically compromised by clearly advancing symptoms of old age.

Consequently, we are about to witness a genuine insurrection that will put Jan. 6, 2020, into proper perspective. The unruly mob that stormed the Capitol was weak tea. Even its most militant participants never intended to overthrow the government. Their purpose was simply to have votes recounted and verified, which still hasn’t been done.

What looms today is far more serious, infinitely more calculated, and definitely more likely to achieve its goal: to replace a sitting president in mid-term, probably against his will.  It ain’t gonna be pretty. It has the real possibility of resembling a banana republic coup d’état.

Many people note that the 25th Amendment to the Constitution permits the yanking of a president out of the Oval Office against his will, but consider the obstacles for replacing the vice president to ensure a Senate tie-breaking vote for Democrats. Recall how little the Constitution and laws have meant in recent years with the 2020 election improprieties, the politicizing and weaponizing of the FBI and Justice Department, nationwide illegal lockdowns and mandates, the wide-open southern border and, of course, the blind eyes turned to the Clinton attempts to frame Donald Trump. And consider this: Democrats really have no other option that works for them.

The motivation for a such drastic move is that the situation already is urgent and grows more dire by the day. No longer can Democrats trust Biden to stick to talking points rehearsed beforehand, or even to read from teleprompters or cheat sheets he carries to the podium. And when he goes off-script, Biden is at best unpredictable, often contradicting his own administration and frequently spewing outright lies that have even CNN blanching. At any moment, the president is liable to veer into forbidden territory with a devastating flourish.

As fascinating as it may be to consider, playing hide the pea with the president of the United States is unrealistic. Mrs. Edith Wilson fooled the world, while her president husband, Woodrow, finished his term disabled by a stroke hidden from the public. That won’t happen today. Not in this 24/7 intense news cycle world. Not in the age of the nuclear briefcase.

Biden has finished his seventh month. But he’s on borrowed time. Everyone knows it.

As any observer can verify by watching and listening, Joe Biden has ceased to be the president of the United States. Someone is pulling his strings and has been for quite some time. That is clear to everyone. What is unclear to nearly everyone is, who exactly is in charge.

We may be about to find out because whoever it is will be confronted by any number of challengers seeking to gain control over the next puppet-in-chief, Kamala Harris.

There’s not much use speculating about how Democrats will jettison Biden. It will be done in plain view. The real game will be how the media and the varied factions with interest in the office of the presidency publicly deal with the ouster and replacement.

For any student of government and any subscriber to the theory of the Deep State, this stuff is not new. Rule #1: whoever wins serves at the pleasure of others. And we’re not talking about the voters’ pleasure.

So, America, prepare for all the unpleasantries from House of Cards and Advise and Consent to play out in real-time, prime time even. Political jockeying for the inside track always is cutthroat but normally out of view. It will be nearly impossible to keep the jostling sub-rosa once the media and political antagonists smell Biden’s blood in the water. The shark frenzy looms. Slow shark dies.

When it becomes clear that Biden is on his way out, none of those interested in controlling the new titular figurehead will be reserved when making their move. Unlike normal times, such as the assassination of JFK and the forced resignation of Richard Nixon, there won’t be time for politics as usual. Behind-the-scenes subtleties will give way to high-profile public power plays. The players know they need to win the public to their cause and time is short.

Ousting an unstable president unlikely to go quietly is fraught with landmines. Imagine a public setting in which the magnitude of what his own party is doing to him pushes Biden beyond the limits of his self-control. That’s not hard to imagine, is it?

There’s a reason Biden is ushered away from the podium and news cameras. Prolonged exposure risks embarrassment. And worse.

We’ve already seen him lose control with the media, who Biden barks at sarcastically, and even with voters, who he insults to their face (“You lyin’ dog-faced pony soldier!”).

But what happens when the President of the United States insists on going out for an ice cream cone, then unexpectedly is triggered and launches a public rant captured by news and cellphone cameras? What happens when Secret Service agents are unpersuasive and Biden shrugs off their grasp and continues his rant?

How many such outbursts will the public tolerate before realizing such instability threatens national security.  Afghanistan withdrawal already has severely reduced the public’s faith in Biden’s competence. The normally fawning press already complains that he doesn’t make himself available or answer their questions. Even pre-screened reporters with pre-approved questions are beginning to rebel. They want the truth, not Joe’s scripted lies.

Professional incompetence and a series of public rants signaling mental instability. What could be more worrisome in a leader?

Anyone who ever has dealt with a loved one suffering from senility or Alzheimer’s knows the routine. When angry, they cannot be reasoned with. They become more adamant, not more reasonable. And louder. And less and less concerned that they may be creating a scene. Indeed, making a loud, disruptive scene may be intentional. It’s a sign of emotion trumping reason. Another undesirable trait for a leader.

Now imagine such a person is the most powerful man on the planet, the Commander in Chief, the man to whom every federal agency answers. Restraining that person becomes exponentially more difficult. When the president says, “Don’t do that!” do press aides persist? Do Secret Service agents back off? When he resists direction, does anyone forcibly and physically change his mind? In public?

What if the president feels he is being conspired against, which in fact he will be? What if he feels his closest advisors are in on it? Which they will be. What if he summons Oprah, a Senator or his barber or his brother so he can unload on them about the injustice. Then the secret’s out.

Imagine the tabloid headlines: “President a prisoner in the White House!”

Such missteps can be deadly to the cause. The party’s cause, that is.

Imagine the public reaction. Then imagine one or more crises erupting simultaneously in the South China Sea or Israel versus Iran or Russian aggression in Ukraine. Or another purposely released virus.

Are you beginning to feel the urgency? You can bet Democrats do. How long will they wait?

Mark Landsbaum is a Christian retired journalist, former investigative reporter, editorial writer, and columnist.  He also is a husband, father, grandfather, and Dodgers fan.  He can be reached at mark.landsbaum@gmail.com.