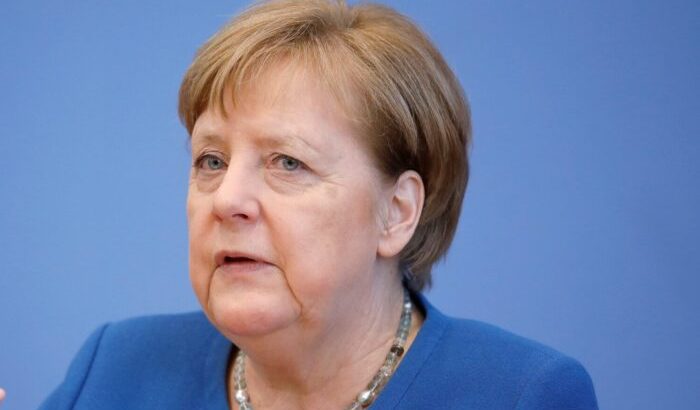 German Chancellor Angela Merkel has been quarantined after a doctor who gave her a vaccine tested positive for the CCP virus, according to a spokesperson on Sunday.

Merkel was informed about the doctor’s test shortly after a press conference about curbing the spread of the virus, said spokesman Steffen Seibert on Sunday in a statement to The Associated Press.

Merkel had received a precautionary vaccine on March 20 against pneumococcal infection. Pneumococci are a type of bacteria.

The chancellor will now undergo “regular tests” over the coming days and will work from home, Seibert said.

In her press conference, Merkel thanked the “overwhelming majority” of Germans who were following guidelines established by the government to deal with the pandemic.

“I know that it means sacrifice,” she said of new social measures. “I’m moved by the fact that so many are abiding by these rules. This way we show care for older and sick people, because the virus is most dangerous to them. In short: we are saving lives with this,” Merkel said, AP reported.

After the conference, it was revealed that her doctor tested positivefor the CCP virus.

Last week, she compared the pandemic to World War II.

“This is serious. And we must take it seriously,” Merkel said on March 18. “There has been no such challenge to our country since German reunification—no, not since the Second World War II—that relies so heavily on us all working together in solidarity.”

On Sunday, she announced that public gatherings of more than two people are prohibited to prevent the spread of the virus, which emerged last year in Wuhan, China. Merkel ordered restaurants to offer drive-through and take-out only. Beauty, massage, and tattoo shops must also close.

Around the same time, the office of Sen. Rand Paul (R-Ky.) announced he tested positive for COVID-19.

“He is feeling fine and is in quarantine. He is asymptomatic and was tested out of an abundance of caution due to his extensive travel and events. He was not aware of any direct contact with any infected person,” his office wrote in a statement.

The junior Kentucky senator will still “work for the people of Kentucky at this difficult time,” his office said in a Twitter post. “Ten days ago, our D.C. office began operating remotely, hence virtually no staff has had contact with Senator Rand Paul.”