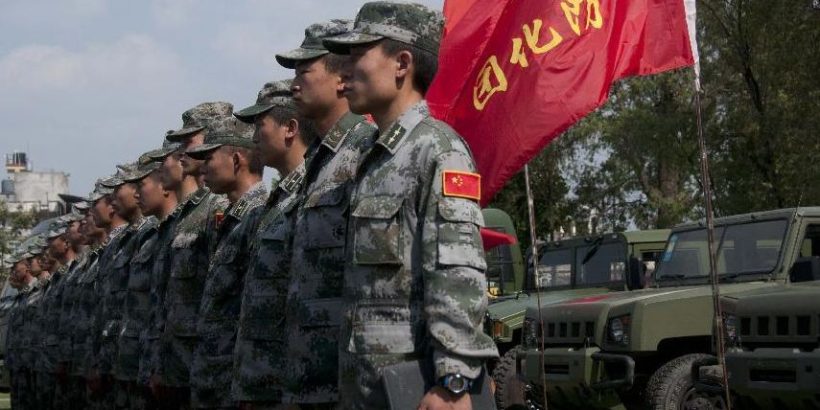 China and Russia are expanding their influence in Latin America and the Caribbean, and challenging the United States’ ability to deter conflict, according to two U.S. generals who spoke before the Senate Armed Services Committee on March 24.

“Our strategic competitors, China and Russia, are seeking ways to expand their power regionally in South America and the Arctic as well as through advancements in long-range missile capabilities and offensive cyber tools,” said Committee Chair Sen. Jack Reed (D-RI).

The Chinese Communist Party is working to erode the international order in a grand effort to replace it with a system more favorable to the Party’s interests, said Gen. Laura Richardson, commander of U.S. Southern Command.

“The PRC’s [People’s Republic of China] ambition to fundamentally revise the world order to serve its authoritarian goals and expand its global influence has triggered a new era of strategic competition with the United States,” Richardson said, using China’s official name.

Richardson said that China was expanding its footprint throughout South America as a part of that effort and was making strategic investments in the United States’ own “neighborhood”  in a similar manner to how it began economic takeover throughout Africa nearly two decades ago.

“PRC activities include investments in strategic infrastructure, systematic technology and intellectual property theft, disinformation and propaganda campaigns, and malicious cyber activity, all with the goal of expanding long-term access and influence in this hemisphere,” Richardson said.

“The PRC continues its relentless march to expand its economic, diplomatic, technological, informational, and military influence in [Latin America and the Caribbean] and challenges U.S. influence in all these areas.”

Richardson said that that expansion through Latin America presented a unique threat insofar as civilian infrastructure built in the Americas could later be used for military purposes. New observation platforms, for example, could be used to track U.S. satellites over the region.

When asked if she believed the Chinese Communist Party to be an adversary of the United States, she responded affirmatively.

“They are definitely competitors and I do look at them as adversaries,” Richardson said.

The difficulty of the regional expansion was compounded by other recent developments in Chinese missile technologies, including the rapid expansion of its nuclear arsenal and the testing of a hypersonic weapon system in July.

The United States lacks the capability to defend against such technologies with any degree of reliability, according to Gen. Glen VanHerck, commander of the North American Aerospace Defense Command (NORAD).

“Hypersonics and cruise missiles significantly challenge my ability to conduct my NORAD mission of providing threat warning and attack assessment,” VanHerck said during the hearing.

“We just don’t know how we can defend against that technology,” Wood said. “Neither does China, neither does Russia.”

“Our commands continue to face multiple simultaneous challenges from capable, highly advanced competitors who have openly declared their intent to hold our homelands at risk in an effort to advance their own strategic interests,” VanHerck said.

“Quite bluntly, my ability to conduct the missions assigned to [my commands] has eroded and continues to erode,” Vam said. “Our country is under attack every day in the information space and cyber domain.”

The stark assessment was in line with other comments made by the U.S. Space Force’s second-in-command, who said that China and Russia were launching cyber-attacks on U.S. satellites “every single day.”

“Russia and China continue to aggressively pursue and field advanced offensive cyber and space capabilities, cruise missiles, hypersonic weapons, and delivery platforms designed to evade detection and strike targets in our homeland from multiple vectors of attack and in all domains,” VanHerck said.

“Like Russia, China has begun to develop new capabilities to hold our homeland at risk in multiple domains in an attempt to complicate our decision making and to disrupt, delay, and degrade force flow in crisis and destroy our will in conflict.”