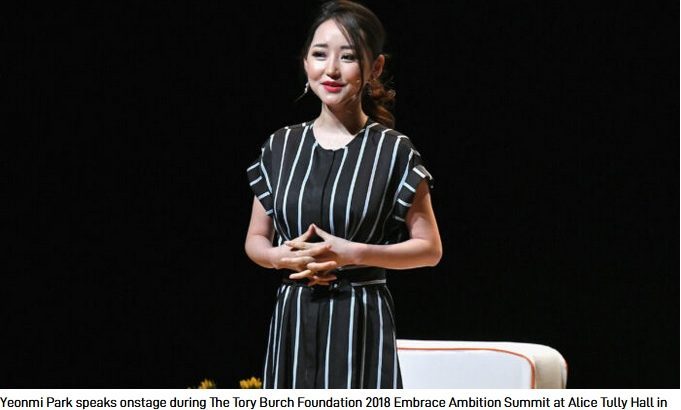 A North Korean defector who graduated from New York’s Columbia University drew an alarming similarity between what is being taught on the American campus and the propaganda of the Kim regime.

In 2007, 13-year-old Yeonmi Park and her mother fled across the border to China, where they were sold into slavery by sex traffickers. Two years later, with the help of Christian missionaries, they escaped to Mongolia across the Gobi desert before settling in South Korea.

Park was transferred to Columbia from a South Korean university in 2016. She said she was struck by the Ivy League school’s anti-West and anti-American sentiment, which brought back memories of her childhood under the communist, totalitarian regime.

“At Columbia University, literally every professor was saying the problems that we have in today’s world is because of white men [and] how they colonized Africa [and] Asia, that’s how they mess up everything and they are the ones who needs [sic] to be blamed,” Yeonmi told Fox News.

Park told host Sean Hannity that she viewed the United States as a nation of free thought and free speech, only to find out she had to censor herself on an American campus.

“I literally crossed the Gobi desert to be free and now I thought I live in a country where I can say what I believe and have my freedom to think. However, now I have to constantly censor my speech because in the name of a safe place,” Park said.

“Columbia told us [what] we can’t talk about, and I am so concerned if America is not free, I think there is no place else left that is free—that’s why it’s really alarming to me,” she added.

When asked whether she would go on a tour of American colleges to speak about her experiences, Park said she would consider it.

“My used-to-be enemy was Kim Jong-un,” she said. “I have been on the killing list of Kim Jong-un for many years because I spoke out in the West about the suffering of North Korean people. My original family got punished but now, ironically enough, so many Marxists and Communists and Maoists, Leninists are sending me death threats.”

Columbia University did not immediately respond to a request for comment on Park’s claims.