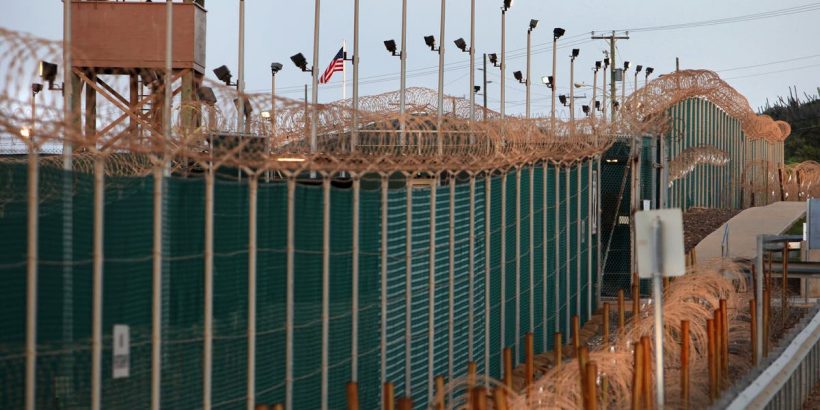 Times Insider explains who we are and what we do, and delivers behind-the-scenes insights into how our journalism comes together.

In the first years of the war in Afghanistan, Guantánamo Bay was off limits to lawyers seeking to represent the detainees there, and the Bush administration refused to disclose the prisoners’ names. Commanders would brief reporters regularly, and guards would come forward to speak with pride about their service there but were not allowed to name the men in the orange uniforms.

In time, the Bush administration bowed to pressure from the courts and released the names of many of the men and boys who were brought to the U.S. military detention center as “enemy combatants.” But by the time the Pentagon let the lawyers visit, hundreds of the detainees were already gone, many of them sent back to Afghanistan and Pakistan.

In the minds of many people, the roughly 780 men and boys who were held at remote Guantánamo are still nameless, identically clad men locked behind razor wire. Forty remain there today, while the rest have been repatriated or dispersed around the world.

But in the tug of war for transparency there, time does win out.

The latest testament to that can be found in The New York Times’s online database of prisoner profiles called The Guantánamo Docket, which recently underwent not just a redesign but also an update of nearly a decade of developments and documents — a herculean effort undertaken during the pandemic by a far-flung group of Times software engineers, editors and journalists.

The upgrade is a continuing investment into understanding the offshore detention operation that the Bush administration established in the aftermath of the attacks of Sept. 11, 2001. The prison enters its 21st year in January and, although hundreds have come and gone, the trial of the five men accused of plotting 9/11 has yet to begin.

The docket is one of longest continually updated digital projects undertaken by The Times. Its overhaul solidifies its status as the most comprehensive public catalog of the men in orange.

Because the intelligence community and members of the military adopt a pick-and-choose approach to the legacy of detention there, the digital project is where researchers, reporters, lawyers, scholars, human rights activists and the just plain curious go when they try to unravel the mysteries.

I have been reporting from the U.S. naval base since the first prisoners were taken there from Afghanistan in January 2002, when access to the internet was dial-up and making a telephone call to the base from the mainland required a Cuban country code. I turned to The Docket in my years at The Miami Herald. Now that I work for The Times, I am part of the team that overhauled it.

Click open the entry for Detainee 86, Shafiq Rasul, and you will see the British citizen whose name was on the first Guantánamo case to be decided by the U.S. Supreme Court. Click open Detainee 768, Ahmed Muhammed Haza al-Darbi, and you can read about the man who was the most recent to be released.

The site has new features that were unattainable when The Times created the original database in 2008 from public documents about the prisoners, many of which surfaced through a lawsuit by The Associated Press. Nor was the scope of information it now offers available in 2011 when The Times updated hundreds of detainee dossiers with classified files from 2004 to 2008, which Chelsea Manning, a former Army intelligence analyst, sent to WikiLeaks.

Readers and researchers can now clearly see which men were held by the C.I.A. on their way to Guantánamo Bay, information we gleaned from the portion of the Senate Intelligence Committee study that was declassified in 2014 on the agency’s “black site” program. A Palestinian man known as Abu Zubaydah was held by the agency the longest — for more than 1,600 days — and remains at Guantánamo, although he has never been charged with a crime.

He is among the 40 men listed at the top of the database and, like many, illustrated with recent photos in place of booking-style images from the earliest days of detention operations that leaked a decade ago.

You’ll also find the files of the men who died there, and an emerging category of those who have died since their release. This information is far from complete. The Bush administration, which opened the detention center in 2002, sent away about 540 of the 780 detainees in the docket, and their trail is harder to follow.

Click open one row and you can find Haji Nusrat Khan, an Afghan man who was once Guantánamo’s oldest detainee. We followed his trail to discover that he died at home in Afghanistan in 2015, nine years after his release.

Boys Assadullah, Naquibullah and Mohammed have entries, too. When the U.S. military realized how young they were, they moved them from the adult detainees housed in Camp Delta to a reform-school style detention site called Camp Iguana.

There are more documents, notably updated intelligence estimates assembled for the parole-like board that began evaluating Guantánamo cases in earnest in 2014, as well as more links to other sources and, for those charged, live links to the military commission’s cases. The entry for David Hicks of Australia, the first man convicted at a military commission, includes coverage from 2015, when his conviction was overturned.

The entries are still a work in progress. But some do trace what became of the men — books they wrote, art they made and, in a few instances, post-release designations as global terrorists or information sought through the State Department’s Rewards for Justice program.

After some discussion, we still prominently display each man’s Detainee Internment Serial Number, for a singular reason: Their names change throughout the U.S. intelligence documents — sometimes because of faulty intelligence, at others because of cultural ignorance — even as their numbers remained the same.

This article was adapted from the At War newsletter. To receive it weekly, sign up here.

Carol Rosenberg is the only journalist devoted full time to covering the U.S. naval base at Guantánamo Bay, including detention operations and military commissions. She began on the beat before the first prisoners were brought there from Afghanistan in January 2002.

Carol Rosenberg has been covering the U.S. naval base at Guantánamo Bay, including detention operations and military commissions, since the first prisoners were brought there from Afghanistan in January 2002. She worked as a metro, national and foreign correspondent with a focus on coverage of conflict in the Middle East for The Miami Herald from 1990 to 2019.  @carolrosenberg • Facebook

A version of this article appears in print on June 15, 2021, Section A, Page 2 of the New York edition with the headline: An Updated Tool for Tracking Gitmo. Order Reprints | Today’s Paper | Subscribe