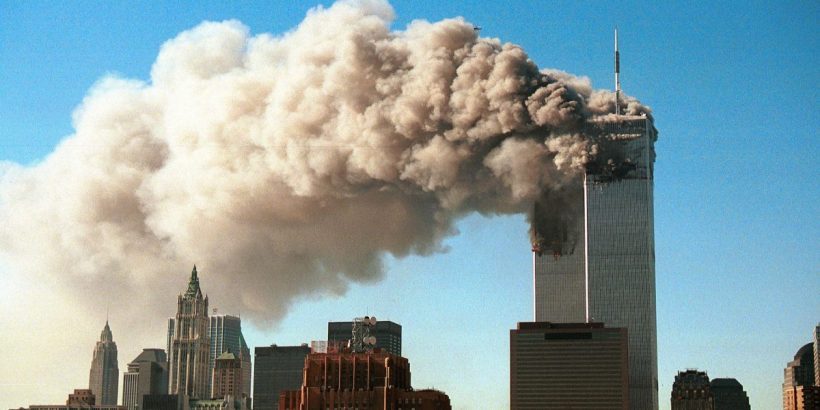 How 19 Islamic terrorists entered the United States with ‘relative ease’

“When these attacks occur, as they likely will, we will wonder what more we could have done to stop them.”

Quote by National Counterterrorism Coordinator Richard Clarke, in a May 29, 2001 memo to National Security Advisor Condoleezza Rice and her deputy Stephen Hadley. The statement, which warned that “hundreds” of Americans might be killed, may be found in “The 9/11 Commission Report: Final Report of the National Commission on Terrorist Attacks Upon the United States,” published in 2004.

“It is perhaps obvious to state that terrorists cannot plan and carry out attacks in the United States if they are unable to enter the country.” That is from the introduction to “9/11 and Terrorist Travel: Staff Report of the National Commission on Terrorist Attacks Upon the United States.” This document was released separately from Commission report. As the staff report shows, by this time 20 years ago, the al Qaeda team “demonstrated the relative ease of obtaining a U.S. visa and gaining admission into the United States.”

The hijackers began to acquire U.S. visas in April 1999, two years and five months before the attack. Consular officers had no information about fraudulent travel stamps that are associated with al Qaeda, and were not trained in terrorist travel tactics.

Three hijackers were known as al Qaeda terrorists in early 2000, but their biographical information was not communicated to border authorities for watch listing at U.S. consulates and the border. The hijackers successfully entered the United States 33 of 34 times, with the first arriving on Jan. 15, 2000, at Los Angeles International Airport. All others entered through airports on the East Coast, including 11 entries through New York area airports and 12 through Florida airports.

The terrorists included 14 “muscle hijackers,” trained to gain entry to the cockpit and subdue passengers. Tourist visas guaranteed them six months of legal stay, more than enough for Sept. 11, 2001. The six-month tourist stays also assured the hijackers of sufficient time to obtain identification to board the planes on 9/11. Fourteen of 15 operatives, and all of the pilots, easily acquired one or multiple forms of U.S. state-issued identification.

The staff report charts terrorist operations such as the first attack on the World Trade Center in 1993. Terrorist Ramzi Yousef and Ahmad Ajaj traveled under aliases using fraudulent documents American officials failed to discover. The terrorists primary tool for remaining in the United States was “immigration fraud,” such as the “bogus political asylum stories” concocted by Ajaj and Yousef, mastermind of the 1993 operation. Others simply overstayed their visas.

Those visas were issued by the State Department, which in some cases speeded up the process and approved incomplete applications. The reasons for these visa policies in Saudi Arabia, the United Arab Emirates and Germany “have never been adequately explained” but as Terrorist Travel notes, “with its reputation as a friend of foreigners, State was an easy target.”

The Immigration and Naturalization Service had little contact with the intelligence community, so information on terrorists failed to reach the Border Patrol, which also lacked access to the terrorist watchlist. More than two years after 9/11, many immigration inspectors had never been interviewed by the FBI or DOJ and many remained unaware that they had admitted a hijacker.

Prior to 9/11, the Terrorist Travel report notes, “no agency of the U.S. government thought of border security as a tool in the counterterrorism arsenal.” Indeed, even after the 9/11 hijackers easily gained admission, “border security still is not considered a cornerstone of national security policy.” Commission staff believed “it must be made one,” but it wasn’t.

For years, Americans were told the nation harbored 11 million illegals, but according to scholars at Yale and MIT, the true number may exceed 22 million, more than the populations of Romania, 19,237,691; Chile, 19,116,201, and Sri Lanka, with 21,214,349 people. Those illegally present are called “undocumented.” But to remain in the United States requires the use of false documents, immigration fraud, and bogus political asylum stories—the same tactics deployed by the 9/11 terrorists.

The conventional wisdom in Washington is that the preferred destination for refugees, particularly from the Middle East, is the United States, rather than other countries in the region. Likewise, Central Americans are encouraged to come to the United States rather than Mexico, Costa Rica, Panama, Colombia or even Cuba, which has a population of only 11,236,616.

Former President Donald Trump made some effort to tighten the border and deport violent criminal illegals. Those efforts are now being reversed by President Joe Biden, on record that illegals are “already Americans.” With the border and rule of law effectively canceled, the “migrants” stream in by the thousands, from countries all over the world. American officials cannot verify their true identity and have no clue of their intentions.

If legal immigrants and legitimate citizens have a problem with this policy, then it would be hard to blame them. The same goes for anyone who lost a father, mother, son, daughter or friend on Sept. 11, 2001.

Before 9/11, border security was not considered a cornerstone of national security. Nearly 20 years later it still isn’t, and the conditions that prevailed now exist on a wider scale. To paraphrase Richard Clarke, when these attacks occur, as they likely will, American officials will know why they failed to stop them.

Lloyd Billingsley is the author of “Yes I Con: United Fakes of America,” “Barack ‘em Up: A Literary Investigation,” “Hollywood Party,” and other books. His articles have appeared in many publications, including Frontpage Magazine, City Journal, The Wall Street Journal, and American Greatness. Billingsley serves as a policy fellow with the Independent Institute.

Views expressed in this article are the opinions of the author