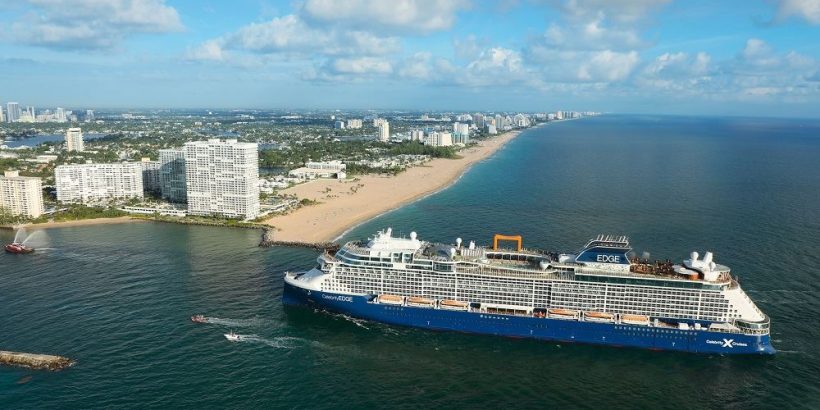 Power struggle ~ Giant corporations vs. state laws. Florida’s law, passed by the legislature, will be enforced.

Florida Gov. Ron DeSantis again said that his state will not embrace so-called “vaccine passports” in the midst of confusion about whether a federally mandated system will be implemented for airplane and cruise travelers.

“We are going to enforce Florida law,” DeSantis, a Republican, said on May 30 in reference to a bill he signed earlier this month prohibiting passport-type systems. Some cruise lines, which conduct a large amount of business in Florida, after Celebrity Cruises gained approval from the U.S. Centers for Disease Control and Prevention (CDC) to require that cruise passengers and crew members show proof of vaccination.

Going a step further, DeSantis said Celebrity Cruises would be breaking state law if it attempted to require that passengers show proof of vaccination against COVID-19. The state Legislature passed Senate Bill 2006, banning passport-like systems being implemented in Florida in early May.

“You don’t pass laws and then not enforce them against giant corporations. It doesn’t work that way,” DeSantis said on Friday.

After the CDC shut down cruise operators last year during the pandemic, the federal health agency said cruises can resume under more stringent guidelines.

DeSantis said that the agency, however, “does not have the authority” to shut down cruise lines.

Despite statements from the governor, Celebrity Cruises—a subsidiary of cruise giant Royal Caribbean—said via a spokesman that they will proceed with their plans and will require people to show proof of vaccination.

“We are working to finalize our health and safety measures for cruises departing from U.S. ports, including Florida, in collaboration with the U.S. Centers for Disease Control and Prevention, as well as local authorities in the U.S. and destinations we visit,” Celebrity Cruise spokesperson Susan Lomax told USA Today.

“Our commitment to sail with fully vaccinated crew members and guests still stands as it is a meaningful layer to ensure we make every effort to help keep safe our guests, crew, and the communities we visit,” the statement added.

Vaccine passports have been criticized by DeSantis, other Republicans, and civil liberties groups for potentially creating a two-tiered society consisting of vaccinated and unvaccinated people. Another concern, raised by the American Civil Liberties Union (ACLU) and pro-privacy groups, stipulates that health agencies and private companies would be able to more easily gain access to Americans’ health records, potentially violating the 1996 Health Insurance Portability and Accountability Act (HIPAA) law.

The federal government, meanwhile, has shown little appetite in creating or enforcing a passport-type system. After Department of Homeland Security (DHS) chief Alejandro Mayorkas last week told ABC News that there is some consideration of implementing such a system for airplane travelers, a White House press secretary told reporters later that the administration has not “moved our stance” on the issue.