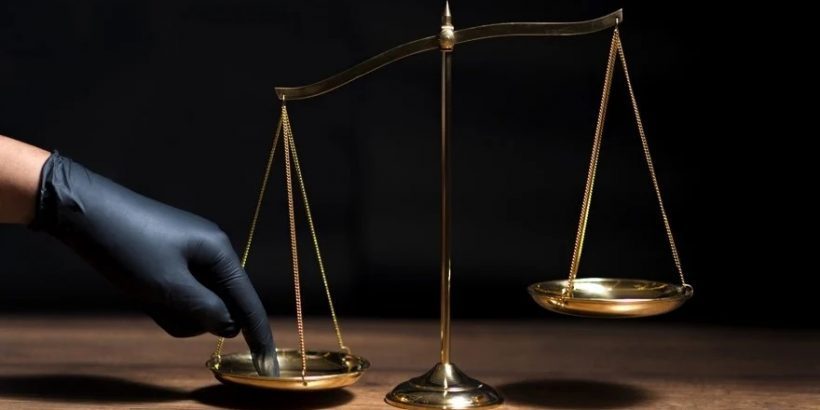 I suspect there is not a driver anywhere who hasn’t routinely exceeded the posted speed limit. I often find myself zipping along at 65 mph in a posted 55 mph zone. After all, who hasn’t? Who doesn’t?

In fact, it’s not uncommon for a patrol car to whiz past me doing 70, clearly unconcerned about how fast I am driving. I would probably have to be going at least 75 to gain the trooper’s attention.

Unelected bureaucrats set speeds in what they perceive to be the interests of public safety. No one expects those speed limits to be strictly enforced.

This is called selective law enforcement. It’s a growing American cultural norm. There are a number of these, some more obvious and serious than others, such as smoking marijuana or illegally crossing our southern border. At local levels, many Democrats who run cities have expanded these norms to the point where they no longer concern themselves with any sort of drug use, much less shoplifting, trespassing, urinating or defecating in public, minor violence such as muggings, and leftwing riots. There’ve been precious few reports about prosecuting hundreds of BLM and Antifa members who participated in the 2020 riots that cost billions in damages.

This alarming lawless approach to governing by Democrats is adversely affecting multiple corners of our society.

Creaky Joe Biden’s taste for lawlessness surfaced immediately in his administration. Sean Higgens reported, “One of Joe Biden’s first acts as President of the United States, the removal of National Labor Relations Board (NLRB) general counsel Peter Robb, was probably unconstitutional. It was certainly highly unethical. Biden fired Robb despite the NLRB being an independent federal agency.”

In clear cases of illegal racial discrimination, Biden administration officials have been implementing programs only open to Black, Hispanic, or female Americans. The Small Business Administration (SBA) has been accepting applications for grants from the $28.6 billion Restaurant Revitalization Fund, designed to help those adversely affected by Covid. White males have been excluded from applying. In a similar move, Biden’s Department of Agriculture began forgiving loans to farmers affected by the Covid crisis. You won’t be surprised to learn White farmers and ranchers were excluded.

In dealing with Covid, Biden’s various mask and vaccination mandates have been a direct challenge to the very Constitution he is sworn to uphold. The New York Post reported,

The national vaccine mandate that the president is poised to issue is unlawful. White House Chief of Staff Ron Klain made the obvious explicit by retweeting a progressive commentator’s observation that the ploy of imposing the vaccine requirement as a workplace-safety rule under OSHA (the Occupational Safety and Health Administration) is the ‘ultimate work-around.’ Translation: The president knows that an executive order mandating COVID vaccination would be shot down instantly, so he’s trying to camouflage it in a maze of Labor Department regulations.

On another front, Biden’s CDC decided in early August to extend for two months a federal eviction moratorium on renters who are behind in payments to their landlords, although the Supreme Court had already indicated the CDC lacked legal authority to do so. The Washington Examiner reported that,

When asked about the legal obstacles this policy would inevitably run into, President Joe Biden admitted that what his administration is doing is illegal, but he said he doesn’t care….

…Biden knows that the CDC is acting illegally but wants the agency to continue to act illegally until the courts can get around to stopping it. Litigation takes time, which means the moratorium could be in effect for weeks, maybe even months, before it is struck down. And even when it is declared unconstitutional, there is no way to go back and force renters to pay the money they owed when the moratorium was in place, even if the moratorium itself was illegal.

This is such a flagrant violation of the law and the constitutional bounds of Biden’s presidency that it’s a wonder no one outside of conservative circles seems to care.

Biden’s lawlessness is particularly acute and painful on our Southern border. Immediately after becoming president, old Joe halted Trump’s border wall construction and, more or less openly, invited illegals to swarm in. As part of this, he halted congressionally approved spending on the wall. Some legal experts believe this broke the law.

People may no longer realize that America has robust immigration laws. You can find them at 8 USC §1151 et seq. These laws govern all aspects of admitting non-citizens and non-legal residents into the United States.

The laws are predicated on the idea that America has a border and that it has the right to control that border. Congress addressed not being a public charge, working illegally in the country, bringing in dangerous communicable disease, being mentally ill, and being a dangerous criminal or a drug-runner, and required visas, sponsors, and entering through appropriate checkpoints rather than sneaking in. Stuff like that.

One of the first things Joe Biden did upon entering the Oval Office was sign executive orders that either make it harder for government employees to enforce these laws or require them not to enforce them at all. Thus, he stopped work on a wall that had as its sole purpose preventing illegal aliens from bypassing legal border checkpoints. That is, he made it easier for illegal aliens to sneak in.

President Biden’s outright refusal to enforce the law is exacerbating an unprecedented border crisis. By failing to take custody of criminal aliens and giving no explanation for this reckless policy change, the Biden administration is demonstrating a blatant disregard for Texans’ and Americans’ safety.

This is a highly troubling aspect of a disintegrating presidency that appears to run on the premise that if you don’t like the law, evade it or ignore it. But what else could one expect from a man whose sleazy, drug-fueled, wannabe porn star son has apparently been peddling access to his father to the Chinese and other foreign interests? Fox News reported an email thread found on son Hunter’s laptop where Hunter appeared to outline a payout for the President in a deal with a Chinese energy firm. One email includes a discussion of “remuneration packages” for six people, including a 10% cut for Mr. Big, a likely reference to old Joe. Your gut tells you there’s more. A lot more.

A definition of a criminal is someone who breaks the law. We’re not just talking here about cultural norms such as exceeding the speed limit or turning a blind eye to pot-smoking; we’re talking outright serious criminal behavior that should demand long stays in the federal prison system.

A lawless society inspired and governed by blatant criminal behavior at the top is the signature of a Third World country. It’s not a healthy situation, particularly when the so-called major media are ignoring or, even worse, covering up for a lawless administration. It’s a direct legacy of the fundamental transformation of America enunciated by one Barack Hussein Obama.

I have this fantasy about Peter Doocy asking Jen Psaki or, even better, old Joe himself if he believes laws should only be followed selectively. I would love to hear the answer.