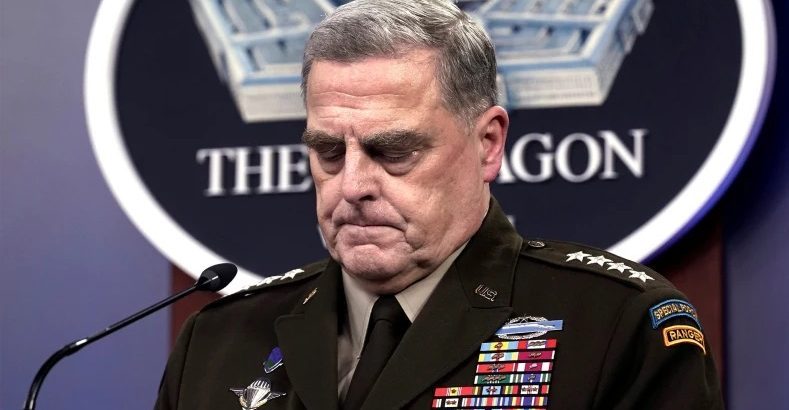 The highest-ranking U.S. military officer admitted on Tuesday that he told a Chinese general last year that the United States was not going to attack China.

Gen. Mark Milley, the chairman of the Joint Chiefs of Staff, told a congressional panel that he was certain in October 2020 that then-President Donald Trump “did not intend to attack the Chinese.”

Milley said then-Defense Secretary Mark Esper directed him to convey that intent to Gen. Li Zuocheng of the People’s Liberation Army. Intelligence indicated that the Chinese Communist Party was concerned about such an attack, according to a declassified memorandum on the calls.

“My task at that time was to deescalate. My message, again, was consistent: ‘Stay calm, steady and deescalate. We are not going to attack you,’” Milley said.

That call and another made on Jan. 8 of this year were coordinated with Esper, his successor Christopher Miller, and other U.S. officials, according to Milley.

The latter conversation came after the Chinese requested another call take place.

Esper has not commented on the calls, which Republicans in Congress say should be probed by current Defense Secretary Lloyd Austin. But Miller, who briefly led the Pentagon, said previously that he did not authorize the call.

Miller said that if reports about the call were true, “it represents a disgraceful and unprecedented act of insubordination by the Nation’s top military officer.”

During Tuesday’s hearing, Milley also addressed a call that he shared with House Speaker Nancy Pelosi (D-Calif.) later on Jan. 8.

Pelosi wanted to know about Trump’s ability to launch nuclear weapons and expressed various concerns. After the call, she said she spoke to Milley “to discuss available precautions for preventing an unstable president from initiating military hostilities or accessing the launch codes and ordering a nuclear strike.”

Milley said he sought to assure Pelosi “that nuclear launch is governed by a very specific and deliberate process.”

Milley explained that the president “is the sole nuclear launch authority and he doesn’t launch them alone and that I am not qualified to determine the mental health of the president of the United States.”

“At no time was I attempting to change or influence the process, usurp the authority, or insert myself into the chain of command,” Milley said.

He said that his loyalty to the United States has not changed and “will never change as long as I have a breath to give.”