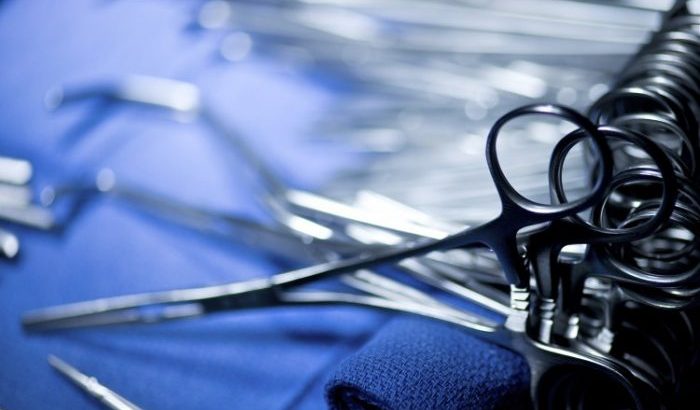 Organ harvesting has crossed the line as reported previously from China. This is the fate of some who are prisoners for various crimes such as political or religious infractions. Most organs are harvested from the hapless donor while still alive.

In America, Project Veritas uncovered the selling of fetal remains a few years ago through Planned Parenthood. Since the reporting of these findings, it became legal to abort up until birth, and in some cases, 30 days after birth.

The Supreme Court recently reversed Roe vs Wade as being unconstitutional and sent the legal decisions back to the individual states. But, the 30 day after full term birth rule remains in certain states.

Now the following Commentary attached by Wesley J. Smith, uncovers a new troubling trend of harvesting organs from the sick.

This slow creep of murder for organs is an evil we are allowing by our silence.

Because of long transplant waiting lists, the bioethics and medical establishments are bent on increasing the source of organs. It has gotten so bad that some of the most influential policy advocates in bioethics now urge that doctors be allowed to do what was once considered unthinkable—kill would-be donors for their organs.

Harvesting vital organs from living patients is illegal under what is known as the “dead donor rule.” The DDR not only prevents removing livers, lungs, hearts, both kidneys, and the like from living people, but its corollary forbids killing patients for the purpose of obtaining them—even if they consent. Thus, the DDR ensures that every prospective organ donor remains a fully equal member of the human community with the right to life until their natural death.

The Dead Donor Rule Under Attack

In recent years, the commitment of organized medicine to the DDR has become so badly frayed that many influential voices are calling for the rule to be repealed altogether. The most recent example was just published in the influential Journal of Medical Ethics. Authored by University of Utah bioethicist Anthony P. Smith (no relation), it urges that doctors be allowed to harvest the vital organs of cognitively disabled people like the late Terri Schiavo—while they are still alive.

Here’s the gist of the argument: What matters most in organ donation isn’t the death of the donor, but consent to harvesting, particularly if the living patient has been diagnosed as permanently unconscious. In such cases, killing is not morally wrong because it doesn’t harm the patient, who Smith says, no longer has “ultimate interests.” He writes, “Without consciousness, a person can have no wants or desires” such as choosing to “buy a house or get married.” This means, Smith argues, that “one cannot be harmed because one has no interests to be thwarted or impeded.”

Really? Taken at face value, Smith’s argument would dehumanize people thought to be unconscious and strip their lives of all meaning. Indeed, it would mean that their beings would not have to be protected—even though there are many cases of the supposedly permanently unconscious unexpectedly awakening or proving to have been misdiagnosed. (One recent study found that one in five patients thought to be unconscious were actually awake. An earlier study pegged that number as up to 40 percent.)

Claiming that unconscious patients could not be harmed would also mean that they would not be wronged by, say, being raped, since they would have no continuing interest in their body’s integrity. And since under Smith’s value system we should be able to kill them for their organs, why not also experiment upon their bodies? After all, their moral value would be reduced to that of yeast.

What’s that you say? Who cares what bioethicists write in their arcane professional journals?

We all should. Bioethical discourse is not akin to bar stool philosophizing. What starts in the Journal of Medical Ethics, the New England Journal of Medicine, the Hastings Center Report, the Journal of the American Medical Association, and other such publications often has real-world impact.

Indeed, such argumentation is often an early step in the creation of public health law. First, “the experts” argue back and forth about policies they would like to see enacted. Once a rough consensus is reached, many of these proposals are legislated into law or imposed bureaucratically via regulation. Sometimes, they become official policy by way of litigation in which bioethicists testify about what “the experts” believe and a judge enacts their ideas in court rulings. As a clear example, this is precisely the process that unleashed the headlong rush to allow transgendered children to have their puberties blocked or be subjected to “gender-affirming” surgeries.

Killing for Organs May Already be Happening

Killing for organs may have already leaped from advocacy to implementation by blurring the line between what is called “brain death” and “heart death.” Dead is dead, we might say, but there are two approaches to declaring that a life has ended. The first is commonly known as “brain death,” which involves the irreversible cessation of the whole brain and each of its functions. The second method is sometimes called “heart death,” meaning irreversible cardiac arrest.

Notice that the key word in declaring death in either case is “irreversible.” If the heart stops but can be started again—as happens routinely in open heart surgery—the patient is not dead. If the seemingly inert brain can still recover function, the patient remains alive. In this way, the dead can be declared deceased, but the still-living won’t be pushed out of the lifeboat until all hope for survival is lost.

Alas, some transplant surgeons have been blurring these crucial moral boundaries by restarting donors’ hearts after a planned cardiac arrest (when life-sustaining treatment is withdrawn) and clamping off blood flow to the brain to cause brain death so that beating hearts can be harvested.

Known as “normothermic regional perfusion with controlled donation after circulatory death” (NRP-cDCD), the procedure is quietly being tested or implemented across the country.

This is a terrible mistake. If a patient is resuscitated after cardiac arrest, the person is not dead! Cutting off blood flow to the brain to cause brain death thereafter seems awfully close to reviving the patient and then killing him. This is not only immoral—and arguably illegal as a violation of the DDR—but it also represents another in a long series of violations that have bred so much public distrust in institutions.

You know what I mean: A controversial policy is instituted with the assurance by “the experts” that “strict guidelines” will protect against abuse—only for those boundaries to be violated or stretched beyond recognition once the policies are firmly in place. Such public policy promise-breaking has become so ubiquitous that one is tempted to believe that all such assurances are merely ruses to allow “the experts” to do whatever they want. Allowing doctors to restart hearts in order to induce brain death calls into question the sincerity of transplant medical ethics.

Thankfully, some in organized medicine—such as the American College of Physicians—are resisting this new approach to organ gathering. But the process seems to be expanding with new hospitals instituting NRP-cDCD protocols on an ongoing basis. That means it’s time for the general public to weigh in and say, “This must stop!”

Some lines should never be crossed. Allowing doctors to kill patients during organ harvesting would not only be an acute threat to the sanctity of life, but I can think of no better way to sow mistrust in our health care system generally—and the lifesaving field of organ transplant medicine specifically. Reducing living patients into so many organ farms ripe for the harvest is not only blatantly immoral, it’s also profoundly unwise.

Wesley J. Smith
Follow
Award-winning author Wesley J. Smith is host of the Humanize Podcast (Humanize.today), chairman of the Discovery Institute’s Center on Human Exceptionalism and a consultant to the Patients Rights Council. His latest book is “Culture of Death: The Age of ‘Do Harm’ Medicine.”