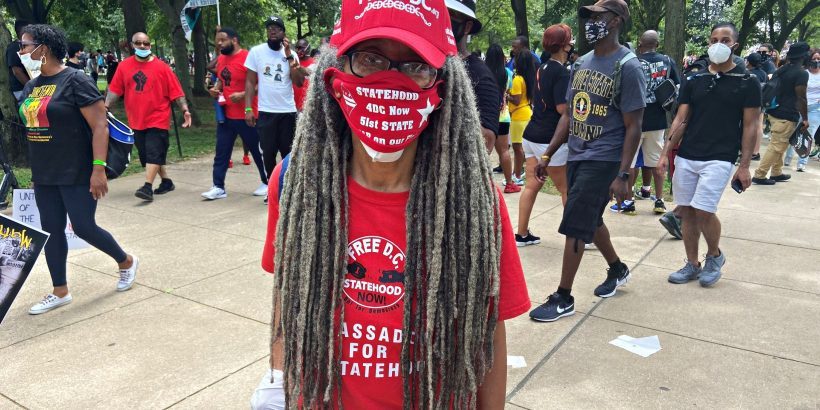 April 8, 2021 OPINION: This is a very concerning issue that the Democrats will not stop pushing. The District of Columbia (D.C.) was not created in 1801 to become a state. There are also controversial legal issues involved going back to Congress in 1871 regarding the D.C. Capitol complex being foreign owned and not part of the United States. With the US Supreme Court no longer following the original Constitution of the United States, anything can happen. Congress, of course, would welcome 2 more Democrat Senators to over rule all Republican objections to socialist programs. Furthermore, a city with 700,000 residents should not be allowed to become a state, opening the door for any city to demand statehood. If this issue is successful, it would be the tipping point for the end of the United States that we know and love. (Phil Ingram C-VINE News Network)

House Delegate Eleanor Holmes Norton (D-DC) announced Wednesday that the House will vote on the D.C. statehood bill for the second time two weeks from now. Although it is certain to pass the Democrat-controlled House, its fate is uncertain in the tied Senate with GOP members opposing the measure.

“The week of April 19th the House will take a historic step in righting the monumental wrong of denying the 712,000 federal taxpaying American citizens who live in the nation’s capital voting representation in Congress and self-government without congressional interference into local affairs,” Norton said in a statement.

Last year, the House passed a D.C. statehood bill, H.R. 51, in a 232-180 vote, with no Republican lawmaker voting in favor of the bill and it later stalled in the GOP-led Senate.

The effort for statehood, which would endow the citizens of D.C. full representation in Congress and control over issues that affect the district, was started in 2013 by Sen. Tom Carper (D-Del.) and has been championed by Norton in the House.

Carper and fellow Democrats say it is consistent with what the found fathers envisioned for America and fair representation.

“This isn’t a Republican or Democratic issue; it’s an American issue because the lack of fair representation for D.C. residents is clearly inconsistent with the values on which this country was founded,” Carper said in a statement in January.

Currently, the Democrats have a slight advantage of 51-50 majority in the Senate with Vice President Kamala Harris serving as the tie-breaking vote. Nonetheless, they have to work with the legislative filibuster which means they need at least 10 Republicans to join them to get to the 60-vote threshold.

“I look forward to passing H.R. 51 out of the House for the second time and urge the Senate to follow our example,” said Rep. Carolyn Maloney (D-N.Y.) Chair of the House Oversight and Reform Committee, in a statement.

In mid-March before a hearing on H.R. 51, ranking member of the House Oversight and Reform Committee Rep. James Comer (R-Ky.) echoed Republican sentiment about the bill when he called it unconstitutional and that it’s an attempt to tip the scales in Democrats’ political favor.

“D.C. statehood is all about Speaker Pelosi and liberal democrats consolidating their power to enact radical policies nationwide like the Green New Deal, packing the Supreme Court, and eliminating the filibuster,” said Comer in a press statement.

“The Democrats’ bill is unconstitutional and no amount of testimony can change that basic fact. The bill does not address the financial burden that would fall on the District if statehood was granted or other practical implications. H.R. 51 doesn’t rest in sound policy and is a dangerous political power grab that will ensure more government intrusion into Americans’ daily lives,” added Comer.

“Article I of the Constitution is not an obstacle,” she said during the March hearing. “As H.R. 51 makes clear, a ‘federal district’ will remain for the federal government, its buildings and its workings; and the rest of the area, where people live, will become the 51st state.”

Sen. Lindsey Graham (R-S.C.) also said he opposes the bill, saying it’s unconstitutional and would give Democrats too much power in the Senate.

“From a South Carolina point of view, this is not a good deal for us…This would dilute South Carolina’s say in the United States Senate and it would empower the most radical agenda in modern American politics,” said Graham.

The D.C. statehood effort has broad support among Democrats, who currently control the House, the White House, and potentially the Senate if they remove the legislative filibuster.