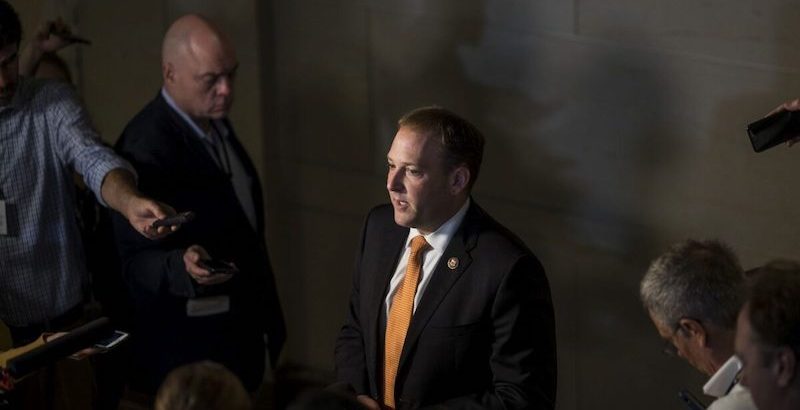 The 45th President of the United States, Donald J. Trump, has been endorsing several candidates since leaving office.

Many Trump supporters have been following his endorsements in hopes of gaining back the House, Senate and even the Presidency.

Rep. Lee Zeldin annouced his bid. Will we see Trump’s endorsement of him?

Rep. Lee Zeldin (R-N.Y.) on Wednesday announced his candidacy for governor of New York in 2022.

“I’ll bring the kind of relentless, fighting spirit towards helping to save our state that Cuomo reserves for multi-million dollar self-congratulatory book deals, cover-ups, abuse & self-dealing,” Zeldin wrote on Twitter.

Zeldin is the first candidate to jump into the fray aside from incumbent Gov. Andrew Cuomo, a Democrat.

Cuomo is facing intense pressure to resign, including from top Democrats in Washington and New York. Cuomo’s administration is accused of covering up nursing home COVID-19 deaths and other controversies related to his handling of the pandemic. Several women have also accused the embattled governor of inappropriate conduct. Cuomo has denied wrongdoing on both fronts.

Zeldin served in the New York State Senate for four years before being elected to the U.S. House of Representatives for the state’s 1st District in 2014.

While in the state Senate, Zeldin voted against a gay marriage bill, supported a $250 million cut to the payroll tax, opposed a gun control bill, and fought the implementation of the Common Core curriculum.

While in Congress, Zeldin received an A+ grade from the pro-life Susan B. Anthony List. He received a 71 percent rating on the conservative Heritage Action scorecard and a 62 percent rating by the Club for Growth, an anti-tax group that opposes increasing the size of the U.S. government.

In a series of messages announcing his run, Zeldin accused Cuomo of covering up nursing home deaths and said that 2022 may be the last chance to save the state.

“At the helm of NY’s downfall is Andrew Cuomo, whose deadly nursing home order & cover-up is part of a long line of scandals, lies, & harassment. Cuomo has abused the power & trust granted to him & it’s time for him to immediately exit stage left,” Zeldin said. “I’m ready to go all in on this mission and bring New York back from the brink and return it to glory. For many, this feels like a last stand to save our state.”

Cuomo’s approval rating fell to an all-time low in March, according to a poll by Emerson College. The same poll found that two in three New Yorkers wanted someone new to be elected in 2022.

Cuomo’s office did not respond to a request for comment.