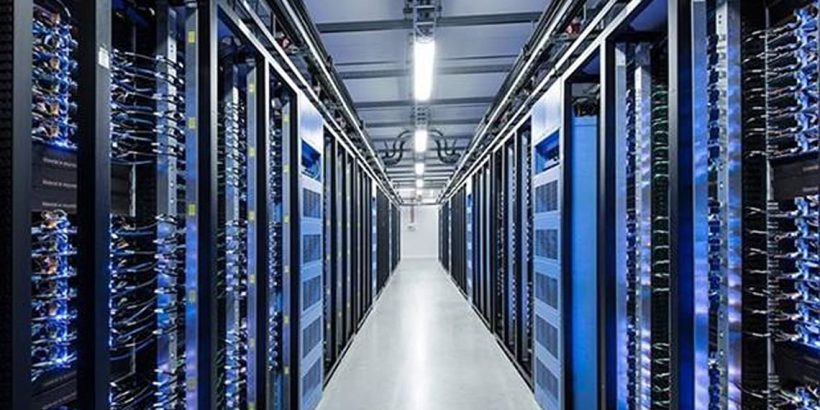 Suspecting their server had been compromised, the Democratic National Committee contacted CrowdStrike, a computer security company in late April 2016. After performing a forensic examination, CrowdStrike’s technicians determined that the server had been hacked by the Russians and issued a report stating their conclusions.

This episode marked the beginning of the Trump/Russia collusion hoax that nearly derailed Donald Trump’s candidacy and cast a shadow over the first two years of his presidency.

The oddest thing about this incident was the DNC’s refusal to allow cybersecurity experts from either the FBI or the Department of Homeland Security to examine their server.

At that time, a senior FBI official told The Hill: “The FBI repeatedly stressed to DNC officials the necessity of obtaining direct access to servers and data, only to be rebuffed until well after the initial compromise . . . This left the FBI no choice but to rely upon a third party for information.”

Both then-FBI Director James Comey and then-Homeland Security chief Jeh Johnson testified before Congress about the DNC’s refusal to allow their forensic teams anywhere near their server.

On the eve of the 2016 Democratic National Convention, WikiLeaks began to release the embarrassing, damaging emails and the Democratic machine shifted into high gear. The New York Times published an article entitled, “Democrats Allege D.N.C. Hack Is Part of Russian Effort to Elect Donald Trump.”

The next day, The Times published a second article entitled “Spy Agency Consensus Grows That Russia Hacked D.N.C.” which said: “American intelligence agencies have told the White House they now have ‘high confidence’ that the Russian government was behind the theft of emails and documents from the Democratic National Committee, according to federal officials who have been briefed on the evidence.”

Whenever this issue is raised, Democrats assert that this issue has been settled. The Russians hacked the DNC’s servers to help Trump win the election, they claim. Case closed. Anyone who questions this conclusion is labeled as a conspiracy theorist.

And a then-obscure Democratic congressman from California, Rep. Adam Schiff, saw an opportunity to make a name for himself. He latched onto this narrative and ran with it. Schiff became the face of the Trump/Russia collusion hoax.

In May 2020, Schiff was forced to publicly release transcripts from the House Intelligence Committee’s investigation into Russian collusion in the 2016 election, the most illuminating of which was the testimony of CrowdStrike CEO Shaun Henry. We soon found out why Schiff had fought so hard to keep the transcripts classified.

Last week The Federalist’s Margot Cleveland, a lawyer, obtained a “cache of documents” from Georgia Tech in response to a “Right-To-Know request” she had filed. She learned that Special Counsel John Durham is currently investigating the DNC hack.

Most notably, Cleveland discovered that “the U.S. Department of Defense tasked the same Georgia Tech researcher embroiled in the Alfa Bank hoax with investigating the ‘origins’ of the Democratic National Committee hacker” and that prosecutors on Durham’s team have “concerns” about his involvement.

In Durham’s September 2021 indictment of former Clinton campaign lawyer Michael Sussmann, who was charged with lying to the FBI, the Georgia Tech researcher is referred to as “Researcher – 1.” Cleveland noted that “his identity has since been confirmed by his attorney as Manos Antonakakis.”

Sussmann had approached then-FBI General Counsel James Baker in September 2016 with data he said tied Trump to Russia. He denied he was working on behalf of a client when he was allegedly working for the Clinton campaign and “Tech Executive-1,” who has since been identified as tech executive Rodney Joffe.

According to Cleveland, the data that Joffe gave Sussmann, which allegedly “revealed a backdoor communication network between Alfa Bank and the Trump Organization,” had been compiled by April Lorenzen. Joffe, Cleveland explains, allegedly asked Antonakakis and his Georgia Tech colleague David Dagon (Researcher – 2 in the Sussmann indictment) “to mine internet data for evidence establishing a Trump-Russia connection.”

According to the indictment, Antonakakis, unable to find any connections, told Joffe that the results do “not make sense with the storyline you have” and that “a DNS expert would poke several holes [in this narrative].”

Cleveland writes, “Nonetheless, Joffe provided Antonakakis, Dagon, and Lorenzen a draft ‘white paper,’ which presented a tale of an Alfa Bank-Trump secret communication channel, which the three then reviewed for Joffe.” This white paper was included in the information Sussmann had given to the FBI.

The new information in the batch of documents Cleveland obtained last week is that Antonakakis was also involved in the “government’s investigation into the DNC hack.”

Following Antonakakis’s recent testimony before a Washington, D.C., grand jury [in the Durham investigation], Cleveland says he emailed Georgia Tech’s general counsel and other university officials “to highlight areas of concern to discuss ‘after the dust settles.’”

He was indignant over the way Durham’s prosecutor had treated him during his testimony. He’d apparently made Antonakakis feel like the victim. He wrote: “From where I stand, and for the first time in my life I felt that I am being investigated by law enforcement because of my ideas and the work I have done for the [U.S. government/Department of Defense].”

Antonakakis continued: “I was asked point blank by Mr. DeFilippis, ‘Do you believe that DARPA should be instructing you to investigate the origins of a hacker (Guccifer_2.0) that hacked a political entity (DNC)?’”

He claimed to have replied that was “a question for DARPA’s director.”

Cleveland sees this as “a seeming confirmation that DARPA had, as the special counsel’s question presumed, directed Antonakakis to investigate who bore responsibility for the DNC hack, although it is unclear whether Antonakakis’ task concerned solely the supposed identity of ‘Guccifer,’ or more broadly the question of who hacked the DNC.”

Antonakakis wrote: “Let that sync for a moment, folks. Someone hacked a political party (DNC, in this case), in the middle of an election year (2016), and the lead investigator of [the Department of Justice’s] special counsel would question whether U.S. researchers working for DARPA should conduct investigations in this matter is ‘acceptable’!”

“Please, try to imagine a ‘United States of America’ where investigations and prosecutions are determined by ideas and political believes [sic].”

Antonakakis concludes by saying his work was necessary “to preserve our democracy. … For a single yet fundamental reason: data driven scientific attribution is unbiased politically. Data belongs to no political party.”