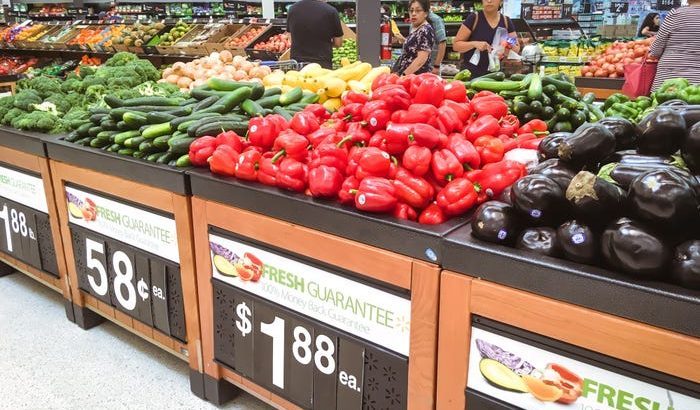 More U.S. economists are starting to publicly warn of rising inflation, with renowned economist Mohamed El-Erian saying he worries “a great deal” that inflation will not be transitory and arguing that there’s too much “on-the-ground evidence” that it will stay high.

In a recent op-ed in the Financial Times, El-Erian, who is one of the most widely followed economists, said central banks and markets need to “widen their perspective” to avoid significant damage to the economic and financial system.

El-Erian began his op-ed by stating, “It is not often that I take a very strong view that runs directly counter to the market consensus.”

He noted that the economic growth in the United States would be robust, but voiced skepticism over the “Goldilocks market consensus” that inflation will be transitory.

“I do worry a great deal, however, about the widespread conviction that the current rise in inflation will be transitory,” he wrote.

El-Erian backed his views by stating that there’s “all the on-the-ground evidence of structural changes in supply at a time when aggregate demand will remain robust.”

“To be clear, I do not expect a return to the inflation of the 1970s. But we have to respect the possibility of a shock to a financial system that has been conditioned and wired for the persistence of lower and more stable inflation,” he said.

After decades of nearly zero inflation in the country, many investors have little idea about two historical dynamics, El-Erian warned.

“First, seemingly one-off increases in prices can cascade through the system,” he said. “Second, a rise in inflation can be persistent, starting with commodities and prices at the factory gate only to end up in consumer prices and wages.”

Many prominent economists including former Treasury Secretary Larry Summers have sent strong cautionary messages about how excessive government spending could overheat the economy and create damaging levels of inflation.

Summers, who served as Treasury Secretary under President Bill Clinton and director of the National Economic Council under Obama, in an op-ed in May called overheating and inflation “the primary risk to the U.S. economy” and urged the Biden administration and the Fed to take a new approach to mitigate this risk.

Some economists believe that the U.S. central bank may be too complacent about its ability to contain inflation risk and end up waiting too long before hitting the brakes.

El-Erian said, “A late slamming of the brakes, rather than an earlier easing off the accelerator, would significantly increase the risk of an unnecessary economic recession.”

Consumer prices in May rose by 5 percent from a year ago, recording the biggest annual spike since 2008. Core inflation, which excludes volatile food and energy categories, also jumped 3.4 percent, recording the largest gain in 28 years.

Producer prices as of May were up by 6.6 percent year-on-year, the largest increase since the data was created in 2009.

The sharp jump in inflation numbers is partially due to the base effect, as the pandemic lockdowns and the plunging economy caused weak inflation a year ago. The base effect is expected to level off in June.

While transitory factors continue to lift prices, the “structural changes in supply” may cause persistently high inflation, according to El-Erian.

“This is notable in the functioning of the labor market with uncertainty over skill mismatches pushing up wages,” he wrote. “In addition, there are ongoing changes in supply chains, inventory management, and transportation.”

Economists still see signs of supply bottlenecks and wage and other input price pressures across many sectors.

“Business survey measures of prices and supplier delivery times remain near the top of their historical ranges,” JPMorgan’s economic research team said in a recent report.

“We know that these surveys can be influenced by short-run commodity price moves, but they also have some predictive power for future core inflation and point to firm numbers ahead.”