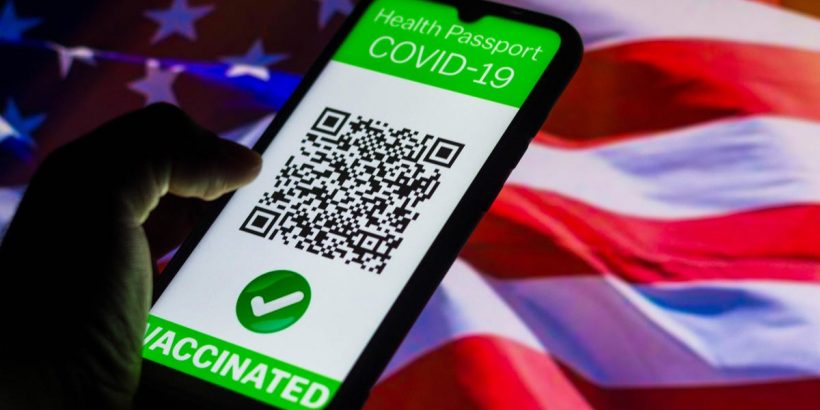 The General Assembly of Pennsylvania approved legislation that would preserve medical freedoms for Pennsylvanians by prohibiting the use of vaccine passports and limiting the powers of the Department of Health, but it was vetoed today by Gov. Tom Wolf. (C-VINE News comment: Apparently there were not enough votes to override a veto.)

The bill’s primary sponsor, state Sen. Kristin Phillips-Hill, a Republican and chair of the Senate Communications and Technology Committee told The Epoch Times: “This bill is mainly to protect the privacy of personal information, and it assures your freedom as a citizen of the Commonwealth of Pennsylvania, that the government is not going to restrict your ability to live your daily lives.”

Senate Bill 618 would ban the state as well as a county, a municipality from requiring proof of COVID-19 vaccination. It would prohibit a school district, any college, or university from requiring proof of vaccination if that school receives any type of state subsidy. The bill also would prohibit the expenditure of tax dollars to create an electronic vaccine tracking system. Finally, the bill would limit the Secretary of Health in Pennsylvania from imposing unilateral restrictions.

Wolf, a Democrat, stated that Senate Bill 618 would severely limit medical providers and the public from having access to vital information on vaccination rates and vaccine efficacy.

This bill would ban the state from utilizing taxpayer resources to develop any type of smartphone app. Phillips-Hill noticed that throughout this pandemic, Pennsylvania has followed New York’s lead on many mitigation strategies.

“We had a massive data breach over 72,000 Pennsylvanians and their personal healthcare records were made public, the Commonwealth spent about $30 million for a one-year contract with a firm called Insight Global,” Phillips-Hill said. “Very sensitive personal health information was sitting out on the internet for over two months before we were made aware of it, so kind of crazy.”

As the chair of the Senate Communications and Technology committee, Phillips-Hill tried to hold a public hearing, then the Department backed out of the smartphone app at the last minute. On June 19, the Department of Health terminated the contract with Insight Global.

Phillips-Hill stated that the bill is very important, it would ensure that the State does not create some new smartphone platform, which people’s personal health information could be collected and breached, like what’s happened with Insight Global and contact tracing. “When there was a massive data breach of 72,000 Pennsylvanians’ personal health, very sensitive information, we didn’t want to risk that from happening again here in the Commonwealth.”

Phillips-Hill said, along with state Sens. Judy Ward and Michelle Brooks, both Republicans who co-authored the bill, they wanted to get out ahead of these issues. “Rather than being reactive, being proactive, being thoughtful, and let’s give students and parents and schools and taxpayers some clarity.”

She added, “I know that the manufacturers of those COVID-19 vaccines are seeking full FDA approval, but none of them have it at this point.” Under Federal law, an individual must be given the option to accept or refuse the administration of the product.

“I just fear it’s going to be a mess in a few months.” As a mom of three children, Phillips-Hill said she is very concerned about the newly approved one of the vaccines for children under the age of 12 by the Federal government. “If you’re a parent, that’s a really tough call to make. Do you want your kid to be the first one in line? Do you want to wait?”

“Any institution who takes public taxpayer dollars would be impacted by this legislation. If they want to impose that mandate, then they can make that decision with regard to taxpayer dollars.” Phillips-Hill said, “So taxes that are paid by citizens here in the Commonwealth if that money ends up at a college or university that school cannot require its students to take the vaccine in order to come back to school in the fall.”

Institutions of higher education would include a post-secondary institution that receives state funds, including funds from the Pennsylvania Higher Education Assistance Agency (PHEAA).

More than two dozen private colleges in Pennsylvania stated to require students to be vaccinated in the fall.

On July 1 Wolf vetoed the bill as he previously said he would. He has stated that he won’t issue state vaccine passports. On June 28, he said masks are no longer required in the state, as his office reported that 75 percent of Pennsylvanians who are aged 18 and older have received at least one dose of a COVID-19 vaccine.

“It’s just going to create more confusion, which is going to lead to more frustration, and I hope he can look at the entire bill and see the goal.” Phillips-Hill said if the Governor vetoes it they will have to start all over again, “We’ll continue to be advocates for our constituents who are very concerned about a unilateral government mandate, and protecting the privacy of their health information.”

After the governor vetoed the bill, Phillips-Hill said they will have to start all over again: “There’s an old saying: If at first, you don’t succeed, try, try again. So we will certainly continue to be the ardent advocates for our constituents on this issue, and try and find another path forward to success.”