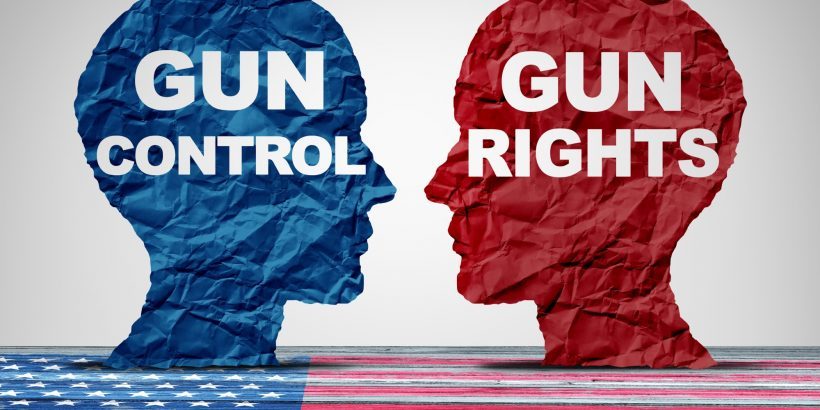 The case comes before the court as Biden ramps up the pressure for legislative action on gun rights. On Thursday, Biden signed a series of executive orders regulating firearms, and the White House signaled that his actions were “just the beginning” of a crusade against gun violence. Senate Majority Leader Chuck Schumer applauded Biden’s move and joined him in calling for “meaningful legislation” to cut down on mass violence.

At the same time, the Supreme Court is weighing whether it will take up two cases that could clarify the limits of the Second Amendment. The first looks at the constitutionality of licenses to carry concealed handguns. The second examines the rights of convicted felons to own firearms. The court has both cases scheduled for its next Friday conference and could decide whether to hear them this month.

The first case arose out of a dispute over New York licensing. Petitioners seek to resolve an issue the court left unanswered more than a decade ago when it ruled that the Second Amendment protects the right to keep guns in the home for self-defense. This new case seeks to confirm that same protection for gun owners seeking to carry their weapons concealed in public.

As it stands, New York law requires applicants for a license to demonstrate “proper cause” and “special need for self-protection distinguishable from that of the general community or of persons engaged in the same profession.” But several New York residents, as well as the New York State Rifle and Pistol Association, pushed back, arguing that such rules were unconstitutional.

Several federal courts ruled in favor of the New York law before the case reached the Supreme Court. The court has not delivered a significant Second Amendment ruling since 2010. In 2019, however, the court took up a case addressing New York City firearm transport restrictions. But the court tossed the case last year after the city changed its regulations.

At the time, three justices, Samuel Alito, Neil Gorsuch, and Clarence Thomas, dissented, writing that the high court should be considering Second Amendment cases. Justice Brett Kavanaugh agreed in a concurrence, writing that “the court should address that issue soon,” pointing to several cases already awaiting its attention.

For these reasons, there’s a strong likelihood that the Supreme Court will decide to hear arguments in the New York case, said Jacob Charles, executive director of Duke University’s Center for Firearms Law.

“I suspect that there is a clear majority that wants to hear and decide a Second Amendment challenge,” he said, adding that the New York case would be a natural choice for the court because a decision could resolve lower court splits on the issue.

Charles said that it is difficult to predict how the conservative-dominated court would rule on the case but that there is clearly energy from the justices to jump into the fray.

Paul Clement, the George W. Bush-era solicitor general representing the petitioners in the New York case, is banking on that energy. In a March filing to the court, Clement framed gun control as an issue over which the public is most divided and urged the court to offer its opinion.

“Whatever else the framers intended in enshrining the Second Amendment in our charter of fundamental freedoms and guaranteeing rights to ‘keep and bear arms’ to all ‘the people,’ it was not to tolerate a nation divided on an issue this significant,” Clement wrote.

In the second case, the court could decide whether convicted felons can own guns after they have been released from prison. The case is significant to the court because Justice Amy Coney Barrett, whose ascendance cemented conservatives’ 6-3 majority, has weighed in on the issue before.

In 2019, Barrett, as an appeals court judge, wrote a dissent in favor of a Wisconsin man, Rickey Kanter, convicted of mail fraud who was seeking to buy a firearm.

“Absent evidence that he either belongs to a dangerous category or bears individual markers of risk, permanently disqualifying Kanter from possessing a gun violates the Second Amendment,” Barrett wrote.

Barrett’s position was the topic of significant debate during her confirmation hearings, with some speculating that she could tip the court toward acting on the issue.