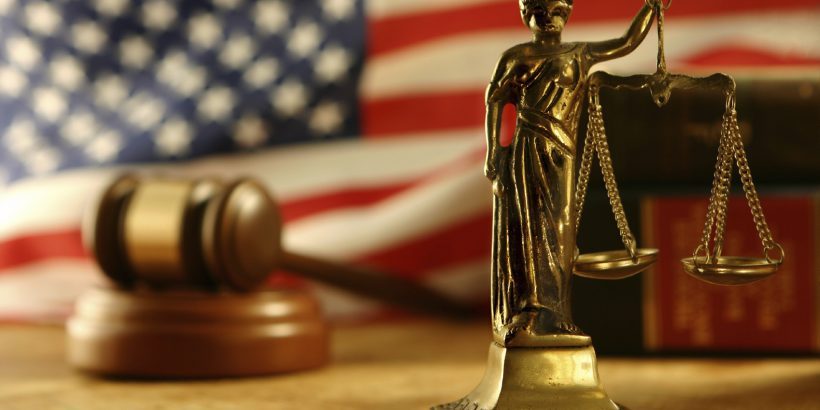 “I think it has to happen,” he responded.

But this process shouldn’t be confused with impeachment under Article 1, Section 3, and Article 2, Section 4 of the U.S. Constitution. The appropriate term for what we’re watching play out now in our nation’s capital, is a show trial, the mock judicial proceedings carried out by tyrants such as Joseph Stalin after they took power.

If you think that sounds “over the top,” consider what recently happened in the House of Representatives. The president of the United States was “impeached” with no investigation, no evidence, and none of the normal due process such a momentous and rare decision requires.

Not to be outdone, the Senate will now hold a completely unconstitutional “trial,” much more worthy of a banana republic than the greatest constitutional republic in history.

According to Wikipedia, “A show trial is a public trial in which the judicial authorities have already determined the guilt, and/or innocence, of the defendant. The actual trial has as its only goal the presentation of both the accusation and the verdict to the public so they will serve as both an impressive example and a warning to other would-be dissidents or transgressors.”

Ironically, just as 150 communist sympathizers from the U.S. entertainment industry signed a statement supporting Stalin’s show trials, the modern-day equivalent of 150 “legal scholars” has done the same in support of the Pelosi/Schumer show trials.

And just like the disgraced New York Times reporter Walter Duranty giving legitimacy to Stalin’s fake justice, we have the press falling into lockstep behind the leftists. A CNN columnist recently wrote that “truth and reconciliation processes” were always an important part of recovery for a nation that had gone to war with itself. But what she fails to point out is that these truth trials were often a ploy of communist dictators to consolidate power.

Lest you doubt the real intent, you need only see her conclusion, that trials are an important part of helping people finally realize their guilt against their country by supporting Trump.

This modern-day great purge by leftists lacks all legitimacy.

Despite all their fervent claims, there’s no precedent for impeaching a president after he or she leaves office. The Founding Fathers were extremely meticulous in the shaping of the language in the Constitution, and made sure impeachment only applied to “The President,” and not a former president.

The mockery of this impeachment is demonstrated by Chief Justice John Roberts washing his hands of the issue, saying he has no constitutional requirement to preside over an impeachment not involving a sitting president.

Not to be deterred, it was decided that Sen. Patrick Leahy (D-Vt.) will preside over the proceedings. You read that right, the accusers are now the judge and jury in this “impeachment” trial.

Contrast this rush to judgment and elimination of due process against actual historical precedent.

During the Clinton presidency, it involved a four-year investigation with a final report citing 11 grounds for impeachment, including perjury and witness tampering. Even then the House still held extensive debate, lasting more than two months. The Senate trial then took more than a month before finally acquitting President Clinton. During the impeachment of President Andrew Johnson, it took nearly two weeks of House deliberation before impeachment, followed by almost three full months of due process in a Senate trial. And, of course, there’s the precedent of Richard Nixon, whose resignation brought all House impeachment proceedings to a halt because they knew full well that you can’t impeach someone who isn’t the president.

Yet Biden and his cohorts are now showing they’d rather emulate the fake judicial machinations of dictators than follow the well-established process laid out by the Constitution and former examples of judicial process.

In all of this travesty, where is the opposition party?

Until Sen. Rand Paul (R-Ky.) forced a vote on the unconstitutionality of this impeachment, the party that sells itself on being the champions of the Constitution had been standing quietly aside, hoping this latest white-hot purge would burn itself out before it reached them.

But it already has reached them.

For simply asking for a discussion and debate on the merits of election results, members of Congress and the former president are being threatened with disqualification from ever running for office again, prosecution, and jail. Objection to electors was called “democracy at work” by House Speaker Nancy Pelosi (D-Calif.) when she used this important procedure in past presidential elections, but now, any dissent is labeled as insurrection.

So if elected leaders actually believe that the same folks who are committed to pursuing a former president to the ends of the earth will suddenly stop their pursuit, they’re foolish and feckless.

After this, they’ll come for every elected representative who refuses to acquiesce to their plans for America, and then they’ll come for the everyday Americans. They’re already “canceling” any citizen who gets too noisy or objects too loudly to the party narrative; the rest of us they’ll handle through policies and regulations.

Anyone who loves freedom should be in full-throated opposition against this shameless move by the agents of the purge. Paul’s repudiation of this sham, joined by 44 other senators, was a start.

Leaders are slowly emerging from the chaos, and more Americans than ever are asking the right questions and looking for ways to be a part of the solution. The unmitigated and extreme efforts to silence half of America won’t go unanswered and may just be the jolt necessary for patriots to regroup and reengage in our Constitutional process.

As Benjamin Franklin’s words remind us, “We must, indeed, all hang together or, most assuredly, we shall all hang separately.”

Former Texas state representative Rick Green is a constitutional expert, attorney, and the founder of the Patriot Academy.