Communism is breathing down our necks.

Watch this, and there is no way we can make excuses for past presidential administrations and Congress, as they have consciously exacted damage to American sovereignty – the deliberate silent creep of Communism infiltrating every sector of our great American life.

Only by President Trump’s complete grasp of understanding this and his solid, daring leadership, will we ever escape what has been systematically planned and brought upon us by those past presidents and Congress we thought we trusted.

Traitors. They are traitors. 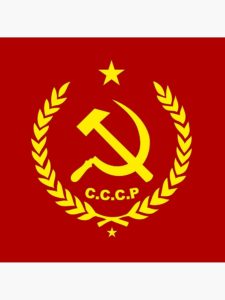 President Trump’s life is in constant peril, as many assassination attempts have attempted to take him out.  Now we understand why.  Have you heard any of this on the main stream news?  Why not?  Could they also be so infiltrated and taken over as to be a part of the coup?

Republican or Democrat – it makes little difference when Communism has already infiltrated both ranks of Congress, silently carrying out the Communist agenda.

Remember the smirk on Chuck Schumer’s face?  Allow yourself to see beyond the surface illusion of expectations, and grasp the real deal behind it. They are sitting right in front of us.

We begin to understand why so much of the anti-American attitude that seems to makes no sense, now makes complete sense.

Watch the VIDEO  and realize we are already there. We must turn this ship around. Immediately.

President Trump’s solid actions – coming up against a hidden enemy machine within all ranks of our government and corporate environment,  is saving us from the final blow of the hammer and sickle.

We are awoke. Now VOTE with eyes wide open.