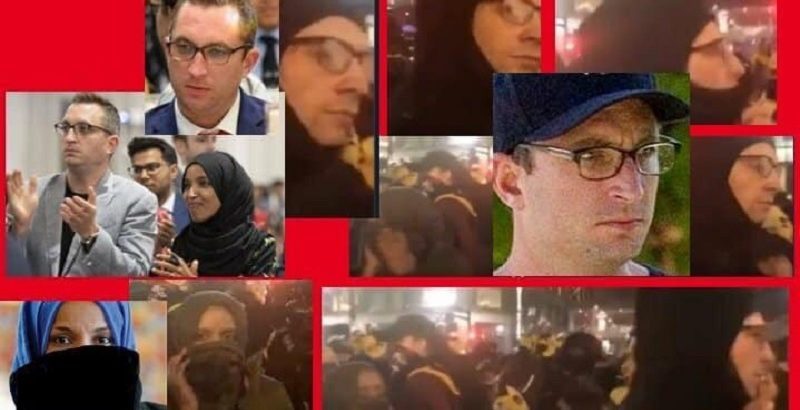 IMPORTANT: We have facial recognition confirmation that Rep. Ilhan Omar and her boyfriend Tim Mynett were in attendance at the riots following the Trump rally in Minneapolis.

Far-left protesters reportedly made a bonfire with dozens of ‘Make America Great Again’ hats stolen off the heads of people who attended Thursday night’s Trump rally in Minnesota.

Blaze correspondent Elijah Schaffer reported that there were approximately 40 hats stolen and burned.

In the chaos and confusion citizen journalists accidentally caught Minnesota Rep. Ilhan Omar and her boyfriend Tim Mynett in the crowd.

And Imam of Peace has more photos and video.

UPDATE— We have much more information.
It will be interesting to see what Ilhan says in the next 24 hours… Stay tuned.