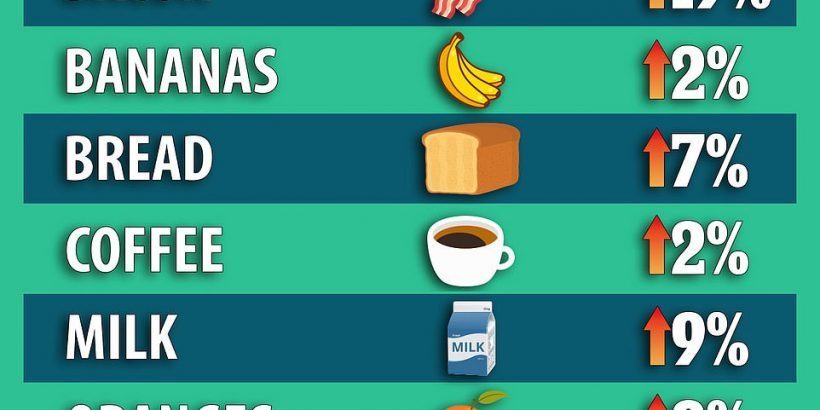 Consumer prices, excluding the volatile food and energy components, soared well beyond the Federal Reserve’s 2 percent target in the year to May, reaching levels not seen in nearly 30 years and reinforcing inflation concerns.

The so-called core personal consumption expenditures (PCE) price index, which excludes food and energy and is the Fed’s preferred method for gauging inflation, rose 3.4 percent in the 12 months to May, after rising 3.1 percent in the year to April, the Commerce Department said on Friday. The last time the core PCE inflation gauge saw a similar year-over-year vault was in April 1992. 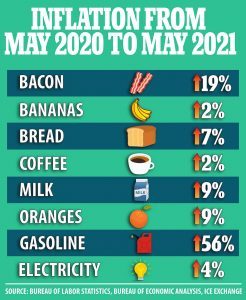 The Fed looks to core PCE as the key inflation gauge that informs its monetary policy, which has an inflation target of a longer-run average of 2 percent.

Fed officials have repeatedly said they believe the current bout of spiking prices is transitory as they continue to tolerate inflation running hot in the shorter term, arguing that a premature withdrawal of crisis support measures—near-zero interest rates and around $120 billion in monthly bond buys—would risk derailing the economic recovery.

Federal Reserve Bank of Minneapolis chief Neel Kashkari said on Friday that he doesn’t expect the high inflation readings to last and that Americans will return to the labor market in large numbers by the fall, when the supplemental federal pandemic unemployment boost runs out.

Industry groups and business owners have been complaining about a shortage of labor, and Republican leaders in dozens of states have moved to opt out of the federal unemployment compensation boost to help address the hiring crunch.

Economists and investors have widely shifted their spectrum of concerns from slow growth, high unemployment, and deflationary pressures at the beginning of 2021, to inflation, with their gaze now keenly set on how the Fed navigates the delicate balance between supporting the labor market recovery and containing upward price pressures.

“You can’t speak to anyone in the investment field without having the fear of inflation come to the forefront,” said Robert R. Johnson, Professor of Finance, Heider College of Business, Creighton University, in an emailed statement to The Epoch Times. “The recent Fed meeting confirmed suspicions that the Fed is beginning to remove some of the excess liquidity in the financial system.”

Still, Federal Reserve Chair Jerome Powell on Tuesday reaffirmed the central bank’s intent to encourage a “broad and inclusive” recovery of the job market, and not to raise interest rates too fast based only on the fear of coming inflation.

“We will not raise interest rates pre-emptively because we fear the possible onset of inflation. We will wait for evidence of actual inflation or other imbalances,” Powell said in a hearing before a U.S. House of Representatives panel.

Dave Gilreath, CIO of Innovative Portfolios, a firm with $1.3 billion in assets under management, told The Epoch Times that, “we see inflation being a big concern the second half of the year,” although he suggested the Fed’s view that inflation would be transitory as pandemic related supply chain and consumption dislocations are ironed out is not unreasonable.

“So far, the big, headline grabbing, price increases are mostly limited to commodities, lumber, and items where stimulus-boosted demand is outpacing supply,” he said.

Some economists have expressed concerns that if prices accelerate too fast and stay high for too long, expectations of further price increases will take hold, driving up demand for wages and potentially triggering the kind of wage-price spiral that bedeviled the economy in the 1970s.

Gilreath suggested that while there is pressure on wages to rise, it would moderate.

“In the short term there is some upward wage pressure, but in the long run I’m not sure it will stick,” he said. “Recent news indicated over 8 million available jobs were still unfilled. So, there isn’t really a long-term labor shortage, but more of a dislocation caused by unemployment insurance and the fits-and-starts nature of the reopening.”

“What this paradox—lots of available jobs, but still high unemployment—shows me is that a very strong labor market is coming in the next few months. The combination of a stoppage in government payments and reopening should continue to drive the recovery in U.S. job creation,” he added.