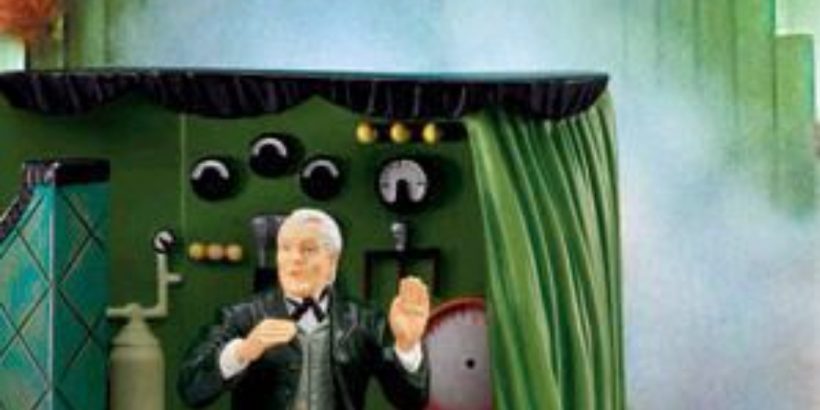 FEAR is a powerful manipulator and the Father of Lies is the “Puppet Master”.

When we learn to recognize the lie, where it is coming from and what is pulling the strings… the monster disappears. We see what is real and how easy the solution is.

We had what we needed all along. We had more than we knew.

Have you LOOKED at the good news that happened this last week? When you focus on that, and stop paying attention to the theatrical diversions ~ your vision begins to clear and the real culprit is uncovered. It’s power begins to disapate when brought out to the light.

The following is an excellent synopsis of the good news, compiled by Danean from “Good News of the Week”.

The mentioned news stories and more, are linked to the C-VINE website below. Be sure to forward this newsletter on to others who need to recognize what is really behind the curtain…Replies to this email go directly to my inbox. Tell me what you think! ~~~ Linda Forsythe

Danean says… We are WINNING on many fronts.  There will be MANY more wins, so take courage!

1. All 50 Senate Republicans united to block HR1, the “For the People Act.”  This sweeping bill would have made it much easier for Democrats to steal elections.

2. Governor Ron DeSantis signed a bill that requires Florida high school students to learn about the “evils of communism and totalitarian ideologies.”  He wants students to understand why people would risk their lives to flee communist and socialist countries in order to come to the USA.

3. Another reporter has blown the whistle on MSM corruption and dishonesty.  April Moss, of CBS 62 in Detroit, went public with Project Veritas to expose her network’s editorial double standards regarding COVID-19 shots and how corporate interests are damaging the public.

4. Delegates from Oregon and Washington visited the Maricopa County audit facility Tuesday.  That makes 22 state delegations who have toured the facility so far.  Wendy Rogers confirmed that additional state delegations have requested a tour.

5. The National Security Agency has agreed to produce all documents, records and other tangible evidence related to the FBI’s illegal surveillance of 16,000 American citizens.

7. Peter Daszak has been removed from the commission that is investigating the origins of COVID-19.  He was recused after it came out that he helped secretly denounce the lab leak theory while failing to mention his close ties to the Wuhan lab.

8. Parents and students are suing Indiana University over its mandatory COVID-19 shot policy.  They allege that the mandate “violates the liberty protected by the Fourteenth Amendment to the U.S. Constitution which includes rights of personal autonomy and bodily integrity, and the right to reject medical treatment.”  (There is legal precedent for this based on a recent Florida appeals court ruling.)

9. Australia has banned Critical Race Theory from its national school curriculum.  Five U.S. states have banned CRT in their schools and another dozen are considering similar action.

10. A Hillary Clinton campaign official and founder of the organization “Youth to End Sexual Violence,” Joel Davis, was sentenced to 13 years in prison.  Davis was convicted of engaging in sex acts with a minor, recording them and distributing those recordings to others.

11. Nebraska Governor Pete Ricketts is sending a team of Nebraska State Patrol troopers to Del Rio, TX, to help manage the border crisis.  The troopers will partner with the Texas Department of Public Safety to provide law enforcement assistance.

12. A Rasmussen Report found that 82% of likely voters believe that freedom of religion is important for a healthy American society.

13. Silverton, Colorado, Mayor Shane Fuhrman announced that the Pledge of Allegiance would be banned at trustee meetings.  In response, some attendees stood up and recited it loudly.  When he tried to interrupt them, more people joined in.

14. Unfortunately, a truck struck several pedestrians, killing one, at a pride parade in Fort Lauderdale Saturday.  Multiple high-profile Democrats, including Ft. Lauderdale’s openly gay mayor, made fools of themselves by blaming Governor DeSantis and calling it a “terrorist attack against the LGBT community” before the facts came out.  It turns out the accident was caused by a 77-year-old gay man who was a participant in the parade.  Democrats were forced to publicly apologize.

15. The best news is that we have access to our Heavenly Father through Jesus.  Jesus said, “I am the way and the truth and the life.  No one comes to the Father except through me.” John 14:6

NOTE: To Receive this Weekly Newsletter in Your INBOX, Plus a Personal Note From Linda Forsythe that Includes Article Links… BECOME A C-VINE MEMBER and Support This Charitable Trust Created for We the People!