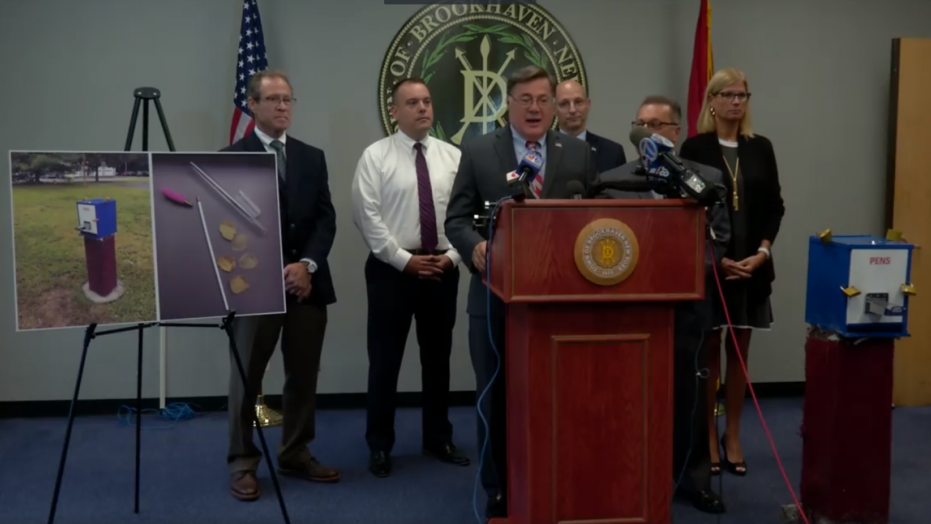 Suffolk County locals in New York’s Long Island are on alert in the wake of the appearance of three potential crack pipe vending machines, with authorities trying to find out who planted them.

The town of Brookhaven received complaints about the machines last weekend and two have been removed. One of the machines that was removed was partially destroyed by the community, according to WABC-

The station reported that the machines featured the words “Sketch Pens” and were mounted in cement into the ground. It would dispense a small glass tube and a filter for $2 in the form of eight quarters.

The dispensers were initially reported to officials as merely pen dispensers as it was the first week of school in the community. 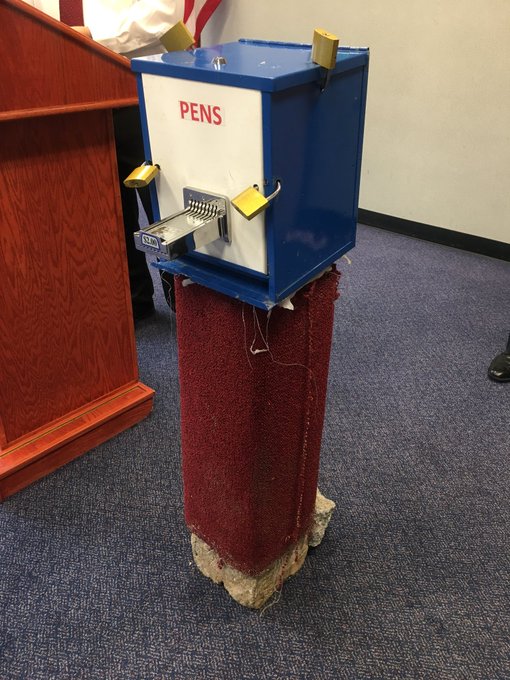 Pop up pen dispensers? Town of Brookhaven officials say people buying these pens in glass vials were using them as crack pipes.

“You think you’ve heard of everything,” Town of Brookhaven Supervisor Ed Romaine said at the conference on Monday, according to McClatchy. “I continue to be surprised by some of the audacity of those that would break the law in promoting drugs and drug paraphernalia.”

“It’s a crack pipe,” Romaine added, as he held up one of the items. “It’s a ceramic, glass pipe disguised as a pen … There’s a filter in there that you use to smoke crack.”

“It is an interesting situation: Is it a pen? Is it drug paraphernalia?” Dean Murray, a New York Assemblyman, said at the same press conference. “I don’t remember ever buying a pen that came with a pack of filters, so I think it’s pretty obvious.”

Local resident Scott Malz filmed one of the dispensers near a shopping center. “I wanted the community to see what was going on and try to get rid of it as quick as possible,” he said. “Because that’s actually a bad area for drugs.’

One machine, which popped up in the area was destroyed by angry locals who fear for the community. “We’ve been here for three years,” Danielle Blom told the outlet. |We’ve never had any problems, and now this. So it’s pretty disgusting.”

Suffolk County police is investigating the matter and will decide whether individuals responsible for putting the machines, if found, will face criminal charges.

“To sell a pipe is not illegal, but this is considered drug paraphernalia,” Town Councilman Michael Loguercio told WABC-TV. “And it also is being dispensed from a machine that was installed illegally per town code.”