The People Cannot Be Told, They Must Be Shown 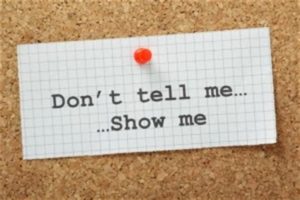 Can you imagine if last year someone said there would be a virus coming that would shut down the economy, create lockdown in our homes, every kid in America would be home-schooled, people arrested for trying to work or go to church?  People would think they were crazy!

If someone said there would be domestic terrorists in our country holding a major US City hostage, people would think they were crazy, yet this is where we are. The people cannot be told, they must be shown.

The Deep State, the media, the Democrats, have tried repeatedly to remove President Trump from office. Nothing has worked. They have been trying to show the country what a dictator Trump is. This is having an opposite effect. Before, the DS puppets hid all their corruption but now they are completely open about their agenda. We see their support of rioters and destruction. People are wondering what in the world is going on!

The HRC trials, the crimes against humanity trials, exposure of countless politicians who have committed treason, etc., all revolved around General Flynn. The original prosecutors dropped their case against Flynn after declassified documents revealed he was framed by Comey’s FBI.

Judge Sullivan simply had to sign off on the case for it to be dropped completely. However, his marching orders from Obama were to ignore the orders and charge him with perjury. Why? Because Flynn’s domino is the first to fall. When it does and he is cleared, the criminals will be exposed.

Mark your calendar for this Friday, June 12th. Oral arguments will be held in the DC Circuit Court, streamed live. Will Patriots release the original 302 memo indicating Flynn was set up? The people cannot be told, they must be shown. Timing is everything!

Trump, always steps ahead of the DS, watched as the riots, protests and marches continued. Fauci and others supported these public events. So, Trump decided since public events were sanctioned by these people, so would more Trump rallies. He indicated they would be starting back up very soon.

Judicial Watch filed a lawsuit against CA, Gov. Newsom for creating a relief program called, ‘The Disaster Relief Assistance for Immigrant Projects.’ He sent $79.8 million dollars of tax-payer’s money to illegal aliens during the coronavirus shut-down. Newsom had until yesterday, June 10, 2020, to file his opposition to Judicial Watch’s petition to pause the spending. Why should this money go to people who don’t pay taxes and enter the country illegally? The people cannot be told, they must be shown.

In Seattle, Washington, terrorist ANTIFA militants are now controlling a 6-block radius of the city calling it, ‘their own.’ They raided city hall, the police station and are demanding the city abolish the police department and ICE. They have deemed this area separate from the United States and are encouraging other terrorists to do the same in other cities.

The Insurrection Act of 1807 gives authority to the President of the United States to deploy US Military to suppress civil disorder and rebellion. Antifa backwards says, AFITNA. Fitna is an Islamic term for rebellion against a rightful ruler.

Everything will be exposed by the time elections are here. This is all part of the show of what the DS has been doing to us and to America the Beautiful. The only way to explain it is to show it.