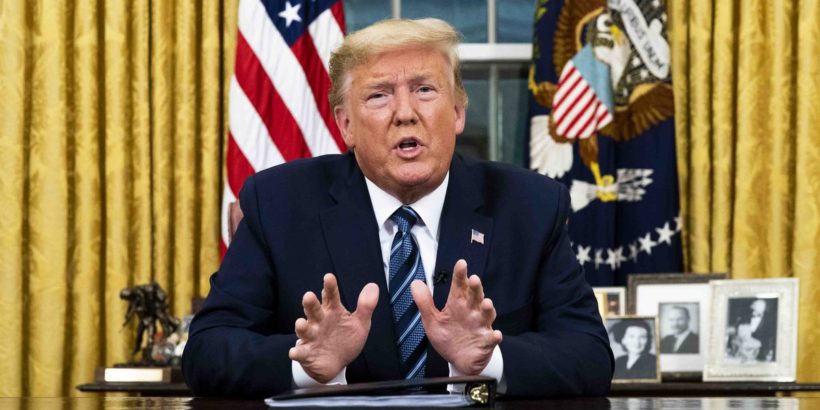 As the insanity continues, our rights are being demolished before our eyes within an incredibly brief period of time!

How far will “We the People”… (the rightful rulers of America), allow this infiltration and TAKE OVER of our country, to continue?

Millions of Americans remain subjected to unprecedented restrictions on their personal lives, their daily lives, their family’s lives.

The coronavirus lockdowns continue in many places. You may not know that because it gets no publicity, but it’s true. And if you’re living under it, you definitely know.

As a result of this, tens of millions of people are now unemployed. A huge number of them have no prospects of working again. Many thousands of small businesses are closed and will never reopen. More Americans have become dependent on drugs and alcohol, seeing their marriages dissolve, and become clinically depressed.

Some of them delayed their weddings. Others were banned by the government from burying their loved ones in funerals. Some Americans will die of cancer because they couldn’t get cancer screenings, some unknown number have taken their own lives in despair. Others have flooded the streets to riot because bottled up rage and frustration take many forms.

The cost of shutting down the United States and denying our citizens desperately needed contact with one another is hard to calculate. But the cost has been staggering.

The people responsible for doing all of this,say they have no regrets about it. We faced a global calamity, they say. COVID-19 was the worst pandemic since the Spanish flu. That flu killed 50 million people.

We had no choice. We did the right thing. That’s what they’re telling us. Is it true?

The answer to that question matters, not just because the truth always matters, but because the credibility of our leaders is at stake here. This is the biggest decision they have made in our lifetimes. They were able to make it. They rule because we let them. Their power comes from us.

As a matter of public health, we can say conclusively the lockdowns were not necessary.

So the question, now and always is, are they worthy of that power? That’s not a conversation they want to have. And right now, they don’t have to have that conversation because all of us are distracted and mesmerized by the woke revolution underway outside.

They just created a separate country in Seattle. Huh? We’ll bring you the latest on that. But we do think it’s worth four minutes taking a pause to assess whether or not they were in fact lying to us about the coronavirus and our response to it.

And the short answer is this: Yes, they were definitely lying.

As a matter of public health, we can say conclusively the lockdowns were not necessary. In fact, we can prove that. And here’s the most powerful evidence: States that never locked down at all — states where people were allowed to live like Americans and not cower indoors alone — in the end turned out no worse than states that had mandatory quarantines. The state you probably live in.

The states that locked down at first but were quick to reopen have not seen explosions of coronavirus cases. All of this is the opposite of what they said would happen with great confidence.

The media predicted mass death at places like Lake of the Ozarks and Ocean City, Md. — places where the middle class dares to vacation. But those deaths never happened. In the end, the Wuhan coronavirus turned out to be a dangerous disease, but a manageable disease, like so many others. Far more dangerous were the lockdowns themselves.

For example, in New York, Pennsylvania, New Jersey, and Massachusetts, panicked and incompetent governors forced nursing homes to accept infected coronavirus patients, and as a result, many thousands died, and they died needlessly.

This is all a remarkable story, but it’s going almost entirely uncovered. The media would rather tell you why you need to hate your neighbor for the color of his skin. The media definitely don’t want to revisit what they were saying just a few weeks ago, when they were acting as press agents for power-drunk Democratic politicians.

We were all played. Corrupt politicians scared us into giving up control over the most basic questions in our lives. At the same time, they gave more power to their obedient followers, like Antifa, while keeping the rest of us trapped at home and censored online.

Back then, news anchors were ordering you to stop asking questions and obey.

Chris Cuomo, CNN anchor: All right, so while most Americans are staying inside — or should be, right, if they’re not out protesting like fools — they’re not happy about being told to stay home. Staying home saves lives.

And the rest of us should be staying at home for our mothers and the people that we love, and to keep us farther apart, will ultimately bring us closer together in this cause.

Oh, if you love your mother, you will do what I say. It turns out cable news anchors don’t make very subtle propagandists.

And then Memorial Day arrived in May, and some states started to reopen. Millions of grateful Americans headed outdoors for the first time in months, and the media attacked them for doing that. They called them killers.

Swimming with your kids, they told us, was tantamount to mass murder.

Claire McCaskill, MSNBC political analyst: Frankly, a lot of the people in those crowds —  they thought they were, you know, standing up for what the president believes in and that is not to care about the public safety part of this.

Robyn Curnow, CNN host: Look at this. I mean, this is kind of crazy, considering we’re in the middle of a global pandemic.

I mean, as one person quipped, you know, that’s curving the curve. That’s not flattening it.

Don Lemon, CNN anchor: Massive crowd of people crammed together, as if it were just an ordinary holiday weekend despite the risks of a virus that has killed more than 98,000 people.

Boy that montage was the opposite of a MENSA meeting. Has that much dumbness been captured on tape ever?

The last clip you saw was from May 25th. That was just over two weeks ago. “Ninety eight thousand people are dead. How dare you leave your house? You don’t work in the media. You’re not essential.”

But it didn’t take long for that message to change completely. In fact, it took precisely five days.

Here’s the same brain dead news anchor you just saw less than a week later. He is no longer angry, you’ll notice, about Americans going outside. As long as they are rioting and burning and not doing something sinful, like swimming with their children, he is delighted by it.

Lemon: And let’s not forget, if anyone is judging this — I’m not judging this, I’m just wondering what is going on. Because we were supposed to figure out this experiment a long time ago. Our country was started because — this is how: the Boston Tea Party. Rioting.

So don’t — do not get it twisted and think that, oh, this is something that has never happened before. And then this is so terrible, and where are we in these savages and all of that. This is how this country was started.

Yes, don’t judge. This is how this country was started — by looting CVS and setting fire to Wendy’s. Of course, you took American History. You knew that.

Andrew Cuomo‘s brother must have been in the same history class because he had the same reaction.

And please, show me where it says that protests are supposed to be polite and peaceful. Because I can show you that outraged citizens are the ones who have made America what she is and led to any major milestones.

They are here to yell, criticize, blame, and shame.

Citizens have no duty to check their outrage.

Wow. So, one minute they were mass murderers for going outside. Now, they’re Sam Adams. They’re patriots. They’re American heroes.

If all of this seems like a pretty abrupt pivot, fret not. Rioting is not a health risk as long as it helps the Democratic Party’s prospects in the November election. Rioting will not spread the coronavirus.

Sounds implausible, but we can be certain of that, because last week, hundreds of self-described public health officials signed a letter saying so. They announced that the Black Lives Matter riots are a vital contribution to public health. In effect, they’re an essential medical procedure.

But that doesn’t mean you get to go outside. You don’t. Thanks to coronavirus, you do not have the right to resume your life, and if you complain about that, it’s “white nationalism.” That was their professional conclusion.

Does a single American believe any of that? No, of course not. It is too stupid even for CNN to repeat, so they mostly ignored it. That’s an ominous sign if you think about it. It means these people are done trying to convince you, even to fool you.

They’re not making arguments, they’re issuing decrees. They think they can. They no longer believe they need your consent to make big decisions to run the country. Once the authority stops trying to change your mind, even by deceit, it means they’ve decided to use force — and they have.

During the lockdowns, people whose loved ones died were not allowed to have funerals for them. Think about that. It’s hard to think of anything crueler, but it happened to a lot of people. They claimed it was necessary. It was not necessary. And we know that because now that a man has died whose death is politically useful to the Democratic Party, the authorities have given him three funerals and not a word about a health risk.

What should they do? They should join Antifa, obviously, because in King County, Wash., Antifa can do whatever Antifa wants to do. They have taken over an entire six-block section of downtown Seattle, and that’s fine with health authorities. There is no social distancing required. They’re essential.

Are you getting the picture? Is it adding up to a message? Yes, the message is we were played. We were all played. Corrupt politicians scared us into giving up control over the most basic questions in our lives. At the same time, they gave more power to their obedient followers, like Antifa, while keeping the rest of us trapped at home and censored online.

In other words, they used a public health emergency to subvert democracy and install themselves as monarchs. How were they able to do this? The sad truth is, they did it because we let them do it. We believed them, therefore, we obeyed them.

If there’s anything good to come out of this disaster, it’s that none of us will ever make that mistake again.