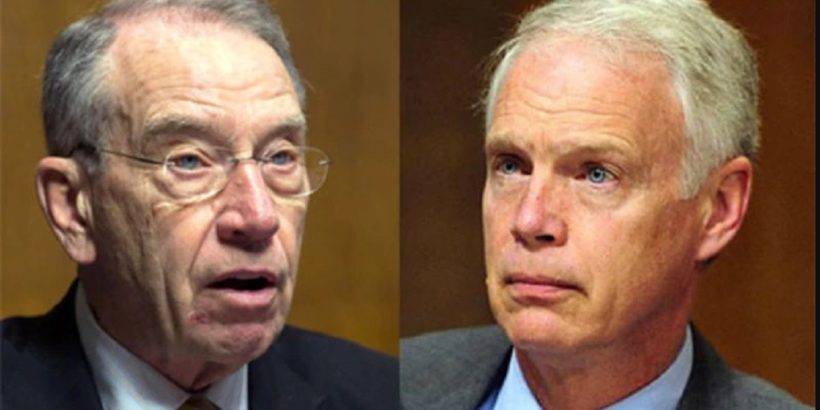 WASHINGTON – U.S. Sens. Chuck Grassley (R-Iowa), chairman of the Senate Finance Committee, and Ron Johnson, chairman of the Senate Homeland Security and Governmental Affairs Committee, released a recently declassified annex to the Intelligence Community’s assessment of Russian election interference, which they received in response to their request for a declassification review by the Director of National Intelligence.

At the FBI’s insistence, the Intelligence Community’s Assessment (ICA) about Russian meddling in the 2016 election included information from the Steele Dossier as “Annex A.”

Intelligence officials disagreed about including it in the body of the assessment given its lack of verification, according to a highly-redacted report by the Senate Select Committee on Intelligence. The annex released today further confirms the material concerns about the credibility of the dossier. The Department of Justice Inspector General’s report about the FBI’s Crossfire Hurricane investigation quoted the annex as explaining that there was “only limited corroboration of [Steele]’s reporting[.]”

Annex A also noted that Steele provided the FBI with other information even though he was “unable to vouch for … [its] sourcing and accuracy.” Although Annex A itself acknowledged that “the source’s reporting appears to have been acquired by multiple Western press organizations starting in October [2016],” it was classified and concealed from the public. Though Annex A acknowledged that the reports were produced for private clients, it did not disclose that those clients were the Democratic National Committee and the Clinton campaign. In the spirit of transparency, Sens. Grassley and Johnson are publicly releasing this document so the American people can know the truth about the information contained in the annex.

By the time the ICA was completed on December 30, 2016, the FBI had already relied on the Democrat-funded opposition research dossier to obtain authority to spy on Trump campaign aide Carter Page. Less than two weeks later, the FBI received intelligence reporting  that portions of the dossier were inaccurate and “part of a Russian disinformation campaign to denigrate U.S. foreign relations.” Despite that warning, the FISA warrant targeting Page was renewed the same day.

That same month, Steele’s primary sub-source told the FBI that Steele’s reporting included misstatements and exaggerations. The following month, another intelligence reports assessed that key claims against Trump “were false, and that they were the product of RIS ‘infiltrat[ing] a source into the network.’” Despite the apparent absence of any initial corroboration and these mounting concerns, the FBI’s investigation continued seemingly unabated. It’s also unclear what, if any, steps were taken by the Intelligence Community to update their assessment based on the warnings.

The Foreign Intelligence Surveillance Court has since rebuked the FBI for misrepresenting the facts in its surveillance applications. The FBI has admitted that at least two of its warrants following the assessment lacked probable cause and the former Deputy Attorney General recently testified that he would not have approved the warrant applications had he known of their deficiencies.