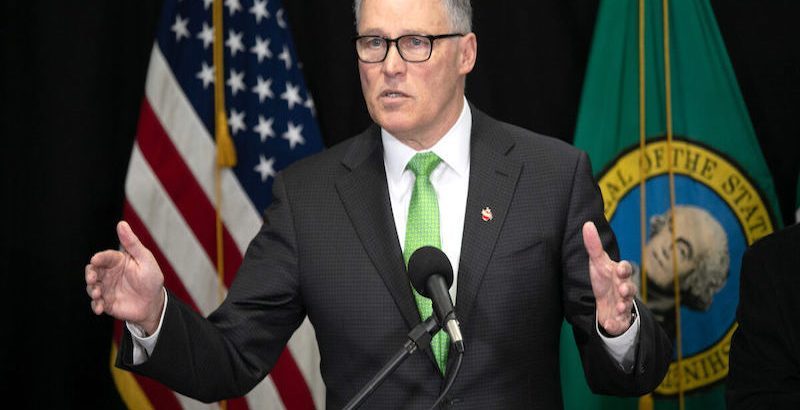 According to an Epoch Times article, The Walt Disney Corporation is pushing the quasi-Marxist Critical Race Theory (CRT) in on its employees, teaching them that America has “a long history of systemic racism” while urging them to reflect on their “white privilege,” according to leaked internal documents.

In my nearly 6 decades, I can count on 1 finger, how many times I have witnessed true racism. What I witnessed was a black family in a restaurant berating their (as they put it) “white-girl” server.

In the Pacific Northwest, multi-culture is the norm, and those who grew up here embrace one another, no matter their color, race or creed.

The dividing line for residents in Washington State is not racism but rather crime.  Even though the state is considered a BLUE state, most of the counties are RED. Most Washington residents are conservative, law-abiding citizens who do not want Big Government changing historical events to create a certain narrative, especially in the lives of our children. 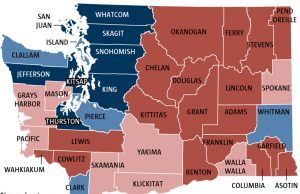 So why is Governor Jay Inslee fanning the flames in public schools of a racist narrative that for the most part does not exist? Most of Washington’s residents do not want Critical Race Theory (a.k.a. lies) taught to their children.

Isn’t the job of the Governor to bring the will of the people to their State?

Neighboring Idaho and many other states have banned Critical Race Theory from being taught in their public school system. When a Governor defies the will of the people, perhaps it’s time to do something about it.

Most Washingtonians are dissatified with Governor Jay Inslee in how he has been handling the COVID crisis. An Impeachment petitition in addition to a Recall petition have been set in motion. Thousands have signed them already.

Critical Race Theory teaches segregation much like during the Holocaust, the black segregation days, and now vaccinated vs unvaccinated sections of stadiums, churches and other public venues. Can we accurately say anyone who embraces CRT is indeed a racist?

When Americans are divided, we cannot unify. When we cannot unify, we are too weak to collectively stand for our rights. There is strength in numbers against tyranny.

Is the bigger agenda of Critical Race Theory to simply to create more division?  Divided we fall, together we stand.

Washington Gov. Jay Inslee has signed into law a bill that incorporates the doctrine of “equity, cultural competency, and dismantling institutional racism” into the training for all K–12 educators across the state.

Under Senate Bill 5044 (pdf)—which passed the state legislature in April—school districts in Washington must use one of three professional learning days to specifically train all staff in the topics of “cultural competency, diversity, equity, or inclusion.”

Those topics were among several listed in the bill’s text: “The legislature plans to continue the important work of dismantling institutional racism in public schools and recognizes the importance of increasing equity, diversity, inclusion, antiracism, and cultural competency training throughout the entire public school system by providing training programs for classified staff, certificated instructional staff, certificated administrative staff, superintendents, and school directors that will be provided in an ongoing manner.”

Proponents of the bill, according to a state Senate report (pdf), said it would help educators better support those who are “immigrants and students of color” and that it would make students “feel safe, heard, and understood.” But opponents have called it a “divisive” and “dangerous” bill based on critical race theory (CRT), through which students would be taught to “judge others based on the color of their skin.”

Some key concepts in the bill, such as “equity,” “systemic racism,” and “antiracism,” are popular among advocates of CRT, an outgrowth from Marxism that views society through the lens of a race-based power struggle.

Equity—in contrast to equal opportunity—seeks to create equal outcomes by redistributing resources along lines of perceived economic or racial disparities. In the name of equity, New York City replaced the competitive entry exam for its Gifted and Talented programs with a lottery so that more black and Hispanic students could qualify for such classes.

Meanwhile, the idea of “antiracism” is that one can only be “antiracist” by actively identifying and confronting perceived racism all the time, in everything, because in a critical race worldview, it’s impossible for racism to be absent from any situation. According to Boston University’s Ibram X. Kendi, as explained in his 2019 book “How to Be an Antiracist,” an “antiracist” policy is “any measure that produces or sustains racial equity between racial groups.” There is “no such thing as a non-racist or race-neutral policy,” Kendi writes.

The controversy around critical race training gained more attention in 2020, when President Donald Trump placed a ban on training materials based on “divisive and harmful sex and race-based ideologies” in federal workplaces. President Joe Biden rescinded the order, instead issuing an order stating that his administration would pursue “a comprehensive approach to advancing equity for all.”