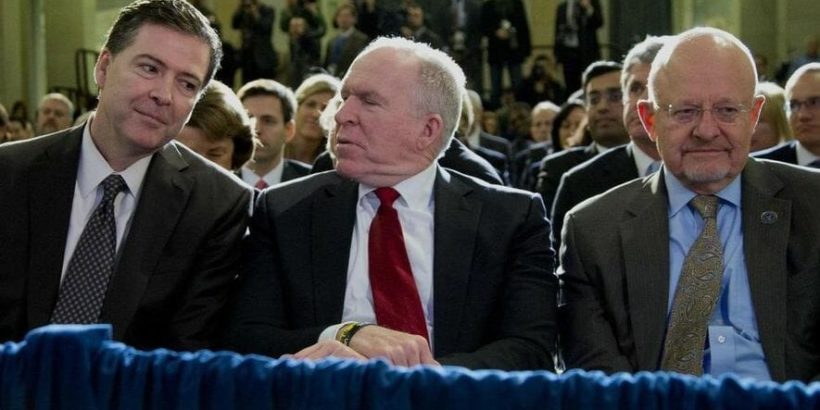 The IG Report reveals that Russian Oligarch 1 was the “subject of a Crossfire Hurricane case.” See page 194 of the FISA report:

However, the IG Report states that the FBI only opened Crossfire Hurricane cases against four individuals, Page, Papadopoulos, Manafort and Flynn.  This was noted in the first page of the Executive Summary of the FISA Report:

If the FBI did not have a Crossfire Hurricane case open against Russian Oligarch 1, who did and why?  Could it have to do with the fact that Russian Oligarch 1 is not a U.S. person?  What agency would investigate non U.S.persons?

Both Brennan and Comey have admitted that a lot of information about Russian election meddling (generally) was exchanged between them well before the FBI’s Crossfire Hurricane investigation was allegedly opened on July 31, 2016. This would also be consistent with some sort of joint operation.

If Crossfire Hurricane was a joint operation between the CIA and FBI, some of the statements made by Page and Strzok, and others, in texts and elsewhere are more revealing.

We still don’t know the names of some of the key players in these fraudulent investigations and have to guess.  We don’t know how closely the FBI and CIA were connected during this sham and the Deep State still won’t tell us.  What is it going to take before Americans are provided the whole truth and nothing but the truth?