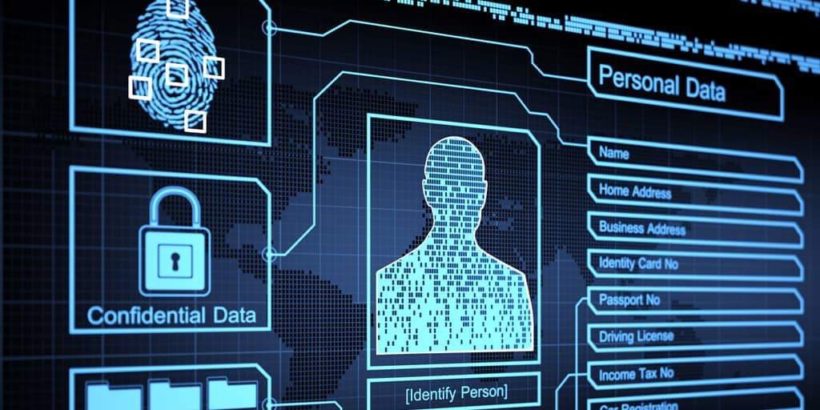 Ever since C-VINE has begun reporting on the Military Tribunals, all sorts of interesting situations have been happening!

As Leonard Bacani and I are working hard in setting up an International News and Education Network that involves the direct participation of We the People, the outpouring of support has been enormous!  The fact that we are also directly watching and reporting on the KSM et al Military Tribunals going on at GITMO, that are being LIVE Streamed via CCTV from Fort Meade Military Base in Maryland, has also brought massive amounts of Patriots our way. (See all our detailed reports, transcripts from the Tribunals and Education pieces on this link of the C-VINE website:https://c-vine.com/military-tribunals/)

We must be getting under the skin of the Deep State, because an on-going Saga of attacks has been in full effect attempting to censor or silence us. Nope… not gonna happen.  There are now an army of Patriots volunteering, reporting and helping us to get the word out.  Silent no more!

That is why I am doing this special report you may find of interest.  The latest Saga has been with our C-VINE International Foundation (Charitable Trust Account) that is blatantly being messed with.  For the purpose of transparency… we are giving you a full visual of what has been happening to our readers….

On 3/15/19, I went to a Chase Bank ATM to pull out $140.00 from the C-VINE Foundation PayPal debit/credit card for part of Leonard’s Travel Expenses . At that time, we were aware that there was around $907.00 of donations in Pay Pal from our donors. I received the ATM Receipt and just about had a seizure when it showed the account balance. (Pictured here with an additional picture of the ATM screen): $16,907.00 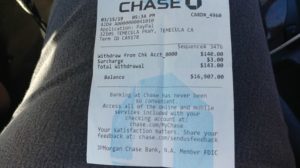 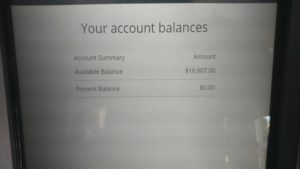 I thought, “Oh wow! C-VINE just received a $16,000 donation! So I took a picture of both to send over to Leonard. He checked the Pay Pal account on-line and it did not show.  So I thought maybe it hadn’t applied yet expecting it to show the next day.  The next day? Still nothing. Okay… maybe it was just a computer glitch. Life went on.

This “No Show” of the funds in Pay Pal continued for another couple days so I went to a DIFFERENT Chase Bank across town where I was at to check on the balance expecting to see the error corrected.  Nope. In fact what I saw was even more mind boggling. $56,000.00! 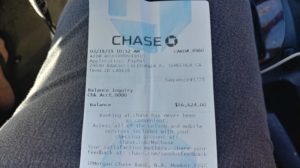 I checked the Pay Pal account on-line and there wasn’t any change from days ago. So, I went trotting in to speak with the bank manager, explained the entire story and she said it was probably just an ATM malfunction.  I reminded her the first incident happened across town at a different Chase.  She then went on to tell me that it must be a problem on Pay Pal’s end.  I took her outside with me to a different ATM machine,  and used the Pal Pal card with her watching. Whelp… I seemed to have lost $11,000.00  showing the following result of; $47,115.00. 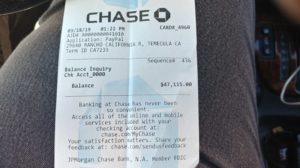 She reiterated for me to contact Pay Pal again because it obviously wasn’t a problem with their bank. I let Leonard handle that one….

Leonard spoke with a Pay Pal manager on the phone, explaining everything and the manager said it wasn’t Pay Pal because our account had showed a normal balance the entire time on their end. He thought it was a system wide problem with Chase. “Oh brother!” 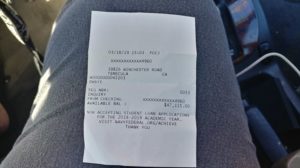 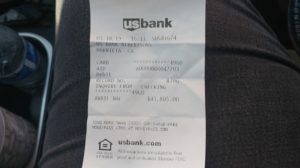 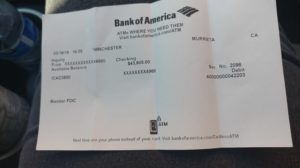 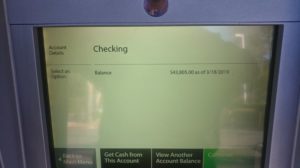 On my way to another location to check out other bank ATMs… my car mysteriously just died. Boom. Dead.  There was no hint or warning and had been running like a dream 5 minutes before.  Coincidence? Maybe.

Bottom line is, I had to then take the time to have the car towed to a mechanic. By the time I was done, it was late evening.(update: the mechanic could find NOTHING wrong with the car, conducted an oil change and charged me for labor).

That evening, I reached out to a high level federal government official friend of mine and explained the last couple days. He said, “This is obviously on a federal level with sophisticated Internet Technology able to manipulate so many bank ATMs and change the amounts randomly, but not show any unusual activity in Pay Pal”. He felt this account was targeted specifically, and was concerned some major money laundering was going on”.

If that were the case… to what end was the objective?  Discredit C-VINE? Accuse one of us of fraud or Lord only knows what else? I explained I never once touched that balance and he asserted that the changed amounts looked like, “some type of activity was happening somewhere”.

Leonard then took the proverbial bull by the horns and contacted Pay Pal management AGAIN, armed with all the receipts and a report of what happened at each bank, plus what the official said. The result? “Pay Pal is not responsible because they can’t control what bank ATMs can or can’t do”. But, they did cancel the ATM card and mailed out another one to Leonard.

Alrighty then!  Sounds like the perfect set-up to me, where ultimately no one is at fault! No one takes responsibility. The underlying problem isn’t resolved and probably continues on somewhere else. Hmmmm….

WRONG! We the People have a voice. “We Are the News Now” and C-VINE is bringing this to the International Court of Public Opinion.

What do YOU think is happening? Do you think we are the only one this is happening too?  Are they targeting just us, or are there MANY trust accounts that are being used as a platform for some nefarious purposes?

Also, because we basically hit a “dead end” for options to actually have the underlying problem taken care of, what are the chances most people would give up at this point? How long has this type of thing been going on elsewhere?

As on 3/19/19, and at the end of Linda’s writing, plus just prior to publishing this article, Linda’s WiFi and data on her her phone, her WiFi and access to on her laptop, was cut completely off, but everyone else in the house had perfectly normal internet connectivity. This also happened just prior to the RedPill78 live broadcast with Linda that was to happen for her report on this story. RP78 advised us he was also having the same type of issues across the country where he was.

At this point, I posted Linda’s article for her with this section added as an addendum.

On 3/20/19, I called the Riverside County Sheriff’s Department to file a police report and Deputy Reynolds #2664 responded. I explained what had transpired and even had her read Linda Forsythe’s report that included pictures of all the receipts. Deputy Reynolds said, “she would not take a report because no crime was committed”. I asked Deputy Reynolds if it was a crime to change or alter someone’s fiduciary account and she said it was, however there was “no proof”.   I mentioned the printed ATM receipts, and she said those were not enough proof.

I told Deputy Reynolds Linda and I were concerned for our safety because we are just about the only one’s covering the military tribunals. When I said that ,I could tell I lost her as she had a thousand mile stare. I knew she was looking at me as some crazy person. She confirmed this when she said she could not go with “conspiracy theories”.  She left without taking a report. Deputy Reynolds said she would make some notations on the dispatch log.

I don’t have any complaints about Deputy Reynolds whatsoever.  She appears to be a conscientious patrol Deputy and I am sure she is not a “slug.” I just think she lacks the sophistication to grasp the possible enormity of the situation. She even said as much “at my level,” she wasn’t able to do much.

That evening, Q made a drop (randomly) that included a link as a guide on what phone numbers to call with in the FBI for various types of crimes.  Great timing because I was wondering which division to contact! I used the FBI online, “Report a Tip” website and reported the entire situation.

There you have it. We tried to report the situation to PayPal, the banks and local law enforcement but no one seems interested. Report made to the FBI as a tip. We shall see what happens now.

Is Linda’s experience just random bad luck, or is the Deep State working overtime to suppress the conservative voice?

OR, as Linda says… “Could this be a national or global money laundering/racketeering scheme that nobody has the ability to do anything about?”

Patriots can weigh in with their thoughts, where C-VINE has platforms built for you to give voice.  Note: We tightly patrol activities and conversations with many volunteers to give the boot to trolls or trouble makers. No censoring allowed but RESPECT must be shown to each other at all times!

Take your pick, but you must become a member:

Please donate to our C-VINE Foundation so we all can continue to bring you the news.  This Foundation was created for “We the People”. You are the beneficiaries. https://c-vine.com/c-vine-donation-page/ 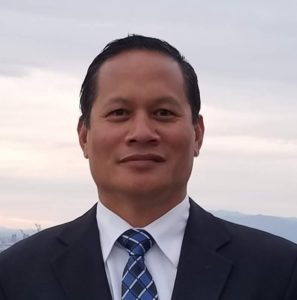