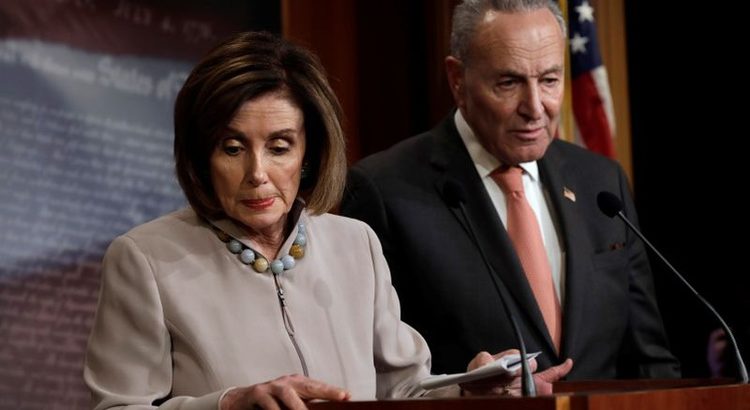 The Democrats are once again slow walking a MUCH NEEDED stimulus plan requested by President Trump!  Last time it was funding for the Kennedy Center for Performing Arts and proposing the need for money to fund sunscreen studies….among many other things non-Coronavirus related.

THIS time they are prioritizing funding for “FAKE NEWS” Media and Aid to IRAN over saving our small business communities from struggle and potential ruin!  What is going ON here???  Isn’t it bad enough that Hydroxychloroquine is not being enthusiastically supported when it’s being used elsewhere, reportedly with great success???

Who’s side are these people on, anyway??  We need a massive “red wave” of votes to wash over the Congress in November!!

Senate Democrats are pushing for a proposal that might send as much as $10 billion to local media outlets as part of a fourth CCP virus relief package, while blocking additional rescue funding for small businesses.

“For over a decade, there has been a steady succession of local outlets closing down, reporters being laid off, production schedules cut, and resources tightened as the growth of social media and technology platforms has concentrated critical advertising revenue in the hands of a few,” states an April 8 letter from 19 mostly Democratic senators, to Senate Majority Leader Mitch McConnell (R-Ky.) and Senate Minority Leader Chuck Schumer (D-N.Y.).

The letter didn’t specify an amount of funding to be provided to local media outlets but referenced proposals from three media trade groups that are seeking $5 billion to $10 billion in such assistance.

“Reliable local news and information has been critically important during the COVID-19 pandemic, yet it has become more scarce,” the letter said.

“Any future stimulus package must contain funding to support this important industry at such a critical time. Such a provision should be tailored to benefit aid recipients who make a long-term commitment to high-quality local news.” 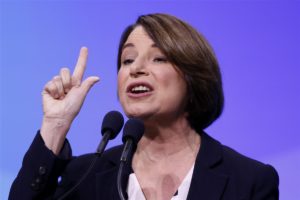 At the same time, the letter seeking public funding for local media was circulated April 8, Senate Republicans were angrily challenging Democrats to stop blocking a measure that would add $250 billion to the $349 billion under the Paycheck Protection Program (PPP) for small businesses in the just-passed $2 trillion CCP virus relief package.

“We are seeing a rate of $3.5 billion an hour on a nearly $350 billion program. We have days, not weeks, until PPP runs out of money,” Sen. Marco Rubio (R-Fla.) said in a statement on April 8. Rubio is chairman of the chamber’s Committee on Small Business and Entrepreneurship.

“Today’s unemployment numbers remind us that now is not the time for congressional horse-trading or partisan politics. Small businesses are being forced to lay off employees and close their doors. I really hope my Democratic colleagues will reconsider their decision to block more money for PPP,” Rubio said.

Similarly, Sen. John Cornyn (D-Texas) issued a statement saying: “The Democrats’ insistence on holding this relief hostage for extraneous funding that isn’t needed is unfathomable. Coronavirus relief is no place for partisan politics, but Senator Schumer just can’t help himself.

“Allowing this fund to run dry and letting countless small businesses fail would be one of the most unconscionable things Senator Schumer and Democrats could do.”

The proposal to provide federal dollars for local media organizations is certain to run into objections that the money would actually be aiding large media conglomerates that own or otherwise control the vast majority of news outlets, including those that were once predominantly owned by local interests.

The report said 7 of the 10 biggest companies are either publicly owned corporations such as Gannett or are investment entities like Tronc/Tribune that are owned by hedge and pensions funds, and private equity firms.

The Epoch Times asked spokesmen for the 19 Democratic signers how such recipients would be defined and whether much of the proposed spending would end up benefiting media conglomerates. All but two of the 19 didn’t respond.

A spokesman for Blumenthal, the lead signer of the letter, declined to respond to The Epoch Times’ questions. The spokesman, who asked not to be identified, said the purpose of the letter “is to show Senate leadership that there is strong support for local journalism in all its forms.”

A Kaine spokesman, who also asked not to be named, said, “Questions about implementation–like the ones you raised–would need to be addressed as Congress drafts a final proposal.”

Also on April 9, four national media trade groups issued a joint statement calling on Congress to direct “current U.S. government advertising campaigns (such as those promoting the Census) to local news and media outlets, and providing the Department of Health and Human Services, the Small Business Administration and other relevant agencies with an additional $5 billion to $10 billion for direct funding for local media advertising.”