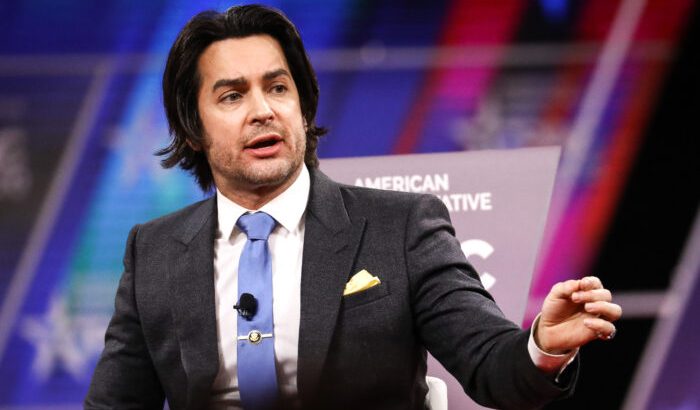 While Democrat voters have been leaving the party for years, their reasons have become more urgent.

“When people were feeling pushed away years ago, to the point where they were starting to walk away, there was more of a casual tone about it,” former liberal Democrat Brandon Straka, founder of #WalkAway told The Epoch Times. “People were beginning to feel the effects of leftist, communism, Marxism infiltration into our society, our culture, and our politics.”

Straka founded #WalkAway in 2018 after making his personal decision to leave the party public while inviting others to join him. Since then, thousands of exiting Democrats made social media videos explaining why they were choosing to #WalkAway, giving Straka a window into the minds of these voters.

At that time, people were just noticing changes in the party, he said. They weren’t always identifying what it meant, but they knew they didn’t like how it felt, and quietly left.

“But now, it’s akin to cancer. Cancer doesn’t stop growing and spreading just because people don’t like it. And what’s happening with the left is no different,” Straka said. “Particularly with them getting rid of Trump, installing Biden, and the Democrats taking full control of the government. This is a cancer that’s rapidly growing and spreading now. And it’s becoming not just uncomfortable, but I think intolerable, for a lot of people.”

Voters have shifted beyond concern to fear and worry, he says.

Under Biden, things have become more extreme, Straka said. “People feel concerned about the amount of overreach they’re seeing in the government, the DOJ, the FBI, and that’s a lot of what Tulsi [Gabbard] talked about; there’s a weaponization now of government agencies and the sort of authoritarian approach to government. It’s not reflective of why she became a Democrat. I think that is resonating with a lot of people.”

Gabbard, a former U.S. Rep serving Hawaii, released a video this week explaining her decision to leave the Democrat party.

“By weaponizing the security state and federal law enforcement for their own partisan political ambitions, Democrat leaders are undermining the rule of law and turning our democracy into a banana republic,” Gabbard said in the video. She talked about policies that have led to violent criminals being released from prison and surging crime rates.

“Is it any surprise that firearm purchases for self-defense have skyrocketed over the last couple of years? Under the Obama administration, the IRS was used to target conservative groups,” Gabbard said. “Now Biden’s Department of Justice recently indicted 11 pro-life activists for organizing an event blockading an abortion clinic. They didn’t use physical force. They weren’t dangerous.” But seven of the protesters face 11 years in prison and fines of $250,000 each, she said, then mentioned parents speaking about school curriculum being targeted by the administration.

Compared to the 2018 stories of why people left the Democrat party, the reasons have become more alarming. Things have not gotten better, Straka said.

“People are truly scared, and they should be. I’m living proof that you might be sitting home, minding your own business, and the FBI might break your door down and take you to jail.”

“When I got there, the doors to the Capitol were open, and I stood outside the building and shot a video for eight minutes, and then I published my video to Twitter. But while shooting the video, apparently, I had entered a restricted area. And so the FBI raided my house in tactical gear, put me in handcuffs, took me to jail, and charged me with two felonies and a misdemeanor for occupying restricted grounds and for being a part of what they called impeding police officers in the line of duty.”

His case went on for a year until he took a deal to plead guilty to a misdemeanor charge of disorderly conduct in conjunction with Jan. 6.

Although Straka is now a Republican, when Democrats leave the party, they don’t automatically become Republicans.

“A lot of people in the Republican Party are also feeling no longer represented or disenchanted with the establishment Republicans,” Straka said.

As members of the Republican Party become more focused on the America First or MAGA agenda, they are less connected to establishment Republicans or Republicans in Name Only (RINOS), he said.

“So in a way, a lot of people on the right are also feeling frustrated with their options. And people on the left are feeling pushed away by the extremism of the Democrats. I think that both sides are finding themselves kind of pushed to the middle,” Straka said. “I think it’s a kind of amazing thing that’s going to happen, where, whether you still align as a Democrat, a Republican, or perhaps an independent libertarian, there’s going to be a kind of a rise of a centrist movement because people are just not feeling represented on either side right now.”

The #WalkAway group will be in Washington D.C. on Oct. 15, hosting a debate on race titled “The Black American Culture War Showdown.” It will feature a live debate between three speakers from the left and three from the right.