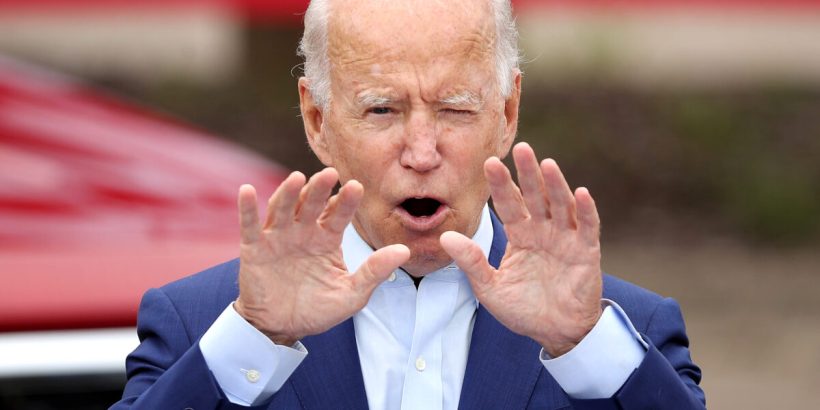 The widely-expected losses that the Democratic Party will face in the November midterm elections, as voters register their frustration and anger over record inflation, surging mortgage rates and house prices, a bearish stock market performing markedly worse than during the previous administration, and concern about the course of the Ukraine crisis, leave the party with no clear way forward as the 2024 presidential contest looms, according to observers.

While it is quite common for the incumbent party to lose seats in midterm races, disappointment with President Joe Biden’s performance, low approval ratings, and growing concern even among his own base about his age, cognitive state, and suitability to seek a second term conspire to make the coming months a chaotic time for a party with no consensus around a succession plan or strategy for defeating Donald Trump in a potential rematch, political strategists say.

With inflation having hit 8.6 percent in May 2022, a four-decade high, and gas prices at $5 per gallon for the first time, the president’s ratings have taken a massive hit. According to a USA Today poll released on June 17, Biden’s current approval rating stands at just 39 percent, with 47 percent of respondents saying they strongly disapprove of the job he is doing as president.

Biden’s approval ratings have been in the doldrums for some time now, with an April CNBC poll having found that 53 percent of respondents disapproved of Biden’s performance and only 38 percent approved.

The president still has many supporters who say there is no cause for concern from the standpoint of cognitive ability.

“He has no cognitive issues. I’ve known him for more than 40 years,” Alan Dershowitz, a noted legal expert, author, and commentator, said in an email to The Epoch Times.

But the most recent poll results come amid increasingly vocal calls even within the mainstream media for the president not to seek a second term. In a June 16 essay, Mark Leibovich, a staff writer for The Atlantic, said bluntly that Biden is too old to seek a second term, noting that he will turn 80 in the fall and will be 82 on his hypothetical inauguration day in January 2025. Leibovich criticized a June 13 tweet from the White House press secretary stating, “To be clear, as the President has said repeatedly, he plans to run in 2024.” But Leibovich also noted the use of the phrase “plans to” and called it an acknowledgment of the possibility or likelihood that Biden will not end up running.

“Plans can, after all, change. In this case, the sooner the better. Stepping aside would permit Biden to shed the demands of being a disciplined candidate (never his strong suit),” Leibovich writes.

A May 26 article in Newsweek, headlined “Joe Biden’s Gaffes Are Causing the White House a Communications Headache,” described growing concern within the White House staff over Biden’s tendency to make unscripted remarks that seem to convey, in a haphazard and spontaneous manner, a major foreign policy shift that had not been discussed or announced in advance.

On March 26, Biden made a comment that some criticized for dangerously upping the ante in the Ukraine crisis when he said that Russian President Vladimir Putin “cannot remain in power.” He has also been inconsistent on the subject of China and Taiwan, referring to a U.S. “commitment” to defend the self-ruled island from a Chinese invasion, an apparent departure from Washington’s policy of “strategic ambiguity” on the issue, only to have officials walk back on Biden’s comments shortly after.

Problems with the Incumbent

“In the upcoming elections, it is likely that citizens will vote for what they perceive to be their immediate economic interests, and are especially likely to be motivated by inflation, particularly the price of gasoline,” said George Klosko, a political theorist who teaches at the University of Virginia.

Though gun law reform is a popular topic, and one that voters are particularly sensitive to in the aftermath of the recent mass shootings in Buffalo, New York, and Uvalde, Texas, Klosko is skeptical that Democratic politicians and candidates will gain significant traction based on their stances on the issue.

“On guns, I think the Democrats are committing political malpractice. The minimal reform legislation now discussed will largely neutralize the issue for electoral purposes, without accomplishing anything meaningful. It is possible that extreme Republican positions on fair elections, guns, and abortion will motivate independent and moderate voters to turn out and vote against them, but I am not expecting this to happen,” Klosko said.

The rout that the Democratic Party stands to suffer in the midterms portends more than just the dissatisfaction with the ruling party that voters typically express midway through a presidency, some observers believe. In the aftermath of the midterms, Democrats are likely to have to face tough questions not only about Biden’s policies but about whom they want as the standard-bearer for their party heading into 2024.

“There’s no question that the Biden administration’s policies are hurting the American economy badly. They’ve increased federal spending, which was already too high, and this plus the incompetence of the Federal Reserve has caused accelerating inflation,” said Charles Steele, a professor of economics at Hillsdale College.

“They are working to stop oil and gas production, which is driving prices even higher and hurting consumers and many sectors of the economy, especially agriculture,” Steele added, referring to the administration’s decision last year to revoke a permit for the 1,200-mile Keystone XL pipeline as well as its mulling of action to close the Line 5 pipeline bringing oil and gas from Canada into Michigan.

Steele said he expects the already exacerbated food and energy prices to continue to rise even higher as the November midterms approach. So, besides the usual frustration with the incumbent party that voters tend to express in midterm elections, a far-reaching economic crisis compounds the Democrats’ woes, Steele argued.

In this analysis, Biden would be heading into 2024 with a significantly damaged reputation even without concerns about his perceived cognitive decline. Those concerns are real and getting increasingly impossible to ignore, Steele believes.

“Will Joe Biden run for reelection? I doubt it very much. I’m not a physician, so I cannot make diagnoses, but it is obvious that he is increasingly impaired mentally and physically. Just watch him speaking six years ago at the [2016 Democratic National] Convention. It’s plain to see that he is in serious decline,” Steele said, adding that he believes that Biden’s advisors are the ones making most of the substantial policy decisions at this time.

Others are even more candid about both the president’s performance, and his cognitive state. Ivan Pongracic, a colleague of Steele’s in the economics department at Hillsdale College, thinks the evidence is unambiguous on both fronts.

“President Joe Biden is on track to go down as the worst president in modern history. It is actually somewhat astonishing how unresponsive he is to pretty much every part of our economy not just going wrong but actually descending into a crisis situation. I have never seen anything like it. Literally every one of his policies is adding to those crises, and yet he is absolutely unwilling to budge from them despite all the evidence,” Pongracic said.

Pongracic sees the expansionist monetary policy and fiscal irresponsibility of the president as the manifestations of a heavily ideological approach to the tasks of the presidency, one that contradicts Biden’s characterization of himself while campaigning as a moderate who would lower the temperature of political discourse and restore normalcy. Biden’s failures on these fronts complement the liability of his current physical and mental state, Pongragic believes.

“The voters who thought that they were getting a reasonable, moderate, compassionate president in 2020 must feel that they’ve been completely duped. His mental capacity is obviously highly compromised, to say the least,” Pongracic said.

After the rout that is widely expected in November, Pongracic believes that Biden will have no choice but to declare that he will not seek a second term in 2024.

Here Pongracic disagrees with Dershowitz, who said in his email exchange with The Epoch Times that Biden is certain to run again if Trump runs in 2024, and that many people will vote for Biden if for no other reason than to vote against Trump.

Matt Grossmann, a professor of political science and director of the Institute for Public Policy and Social Research at Michigan State University, said that for an incumbent party to do badly in midterm elections is common and does not predict a president’s loss in the subsequent national race.

“The incumbent president, of course, typically faces backlash in a midterm election year, but the last two Democratic presidents, Clinton and Obama, both faced historic levels of backlash in midterm elections and yet recovered to win” in 1996 and 2012, respectively, he said.

The same scenario is far from certain to play out this time around, Grossmann acknowledged.

“The difference, of course, is Biden’s age, which raises concerns about the president. He was old when he ran [in 2020], and he’ll be even older when he runs again,’ Grossmann said.

“That type of concern will continue, but the last three presidents did not have good approval ratings at time” in the electoral cycle, he added.

While acknowledging widespread concerns over inflation and frustration on the part of Democratic voters over Biden’s failure to implement parts of his far-reaching agenda, Grossmann does not believe that the recent low approval ratings are necessarily related to these factors or to Biden’s gaffes when speaking in public. The decline in ratings set in during America’s troubled withdrawal from Afghanistan which concluded in August 2021, and has continued with the more recent spike in inflation, he argued.

‘No Great Plan B’

“I think there is going to be pressure on Biden to bow out in 2024, no matter what happens in November,” said political commentator Matt K. Lewis.

“I believe that, after November, there will likely be more public calls for Biden not to seek reelection. You might even see someone who is young and ambitious announce that [he or she] will jump into the race and challenge him,” he added.

While it is customary for the incumbent president to seek and receive his party’s nomination to run again, this is not as automatic as people may think.

“It’s hard to see an incumbent president being denied the nomination of his own party, but it’s not an outrageous idea. LBJ was basically forced to announce he would not seek his party’s nomination. Reagan came close to taking down Gerald Ford in 1976. And Ted Kennedy posed a major challenge to Jimmy Carter in 1980,” Lewis said.

This raises the question of who will be the Democratic candidate if Biden does not run again. Besides the hypothetical scenario Lewis raised, where a younger candidate jumps in with a plan to challenge Biden, one obvious possibility is the incumbent vice president, Kamala Harris. Here the Democrats face a possibility that very few of them relish, Lewis and others believe.

When asked whether he believes Democratic voters wholeheartedly support Harris or are doing so because they have little choice, Lewis said, “I think they are putting up with her. But part of the reason they are putting up with her is that there is no great plan B. There is no star on the bench waiting for his or her shot. Harris’s political appeal is limited, but she’s the next in line, and depriving her of her shot would be a slap in the face.”

The Epoch Times has contacted the White House for comment.