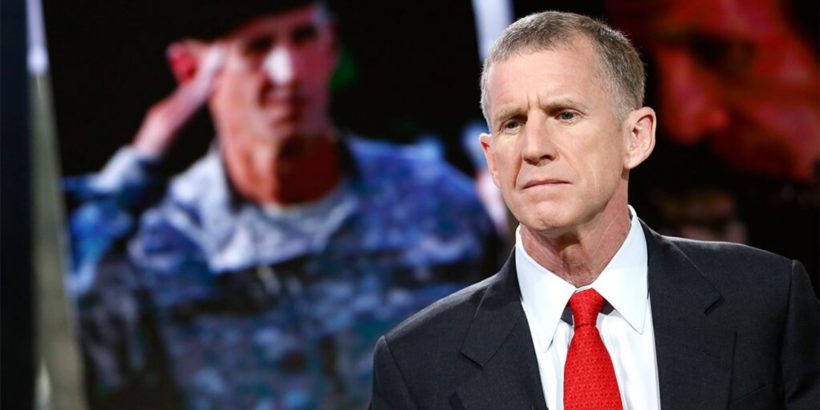 The Washington Post first reported that the initiative, called Defeat Disinfo, will utilize “artificial intelligence and network analysis to map discussion of the president’s claims on social media,” and then attempt to “intervene” by “identifying the most popular counter-narratives and boosting them through a network of more than 3.4 million influencers across the country — in some cases paying users with large followings to take sides against the president.”

Social media guru Curtis Hougland is heading up Defeat Disinfo, and he said he received the funding from DARPA when his work was “part of an effort to combat extremism overseas.”

After this article was published, the Post updated its reporting to clarify that Hougland was “using open-source technology initially incubated with funding from DARPA.” The Post originally reported: “The initiative is run by Curtis Hougland, who received initial funding for the technology from DARPA, the Pentagon’s research arm, as part of an effort to combat extremism overseas.”

Hougland explained in an interview with the Post that he was unhappy that top social media accounts often supported Trump, and had effectively defended the president in recent days from claims that he had suggested Americans inject themselves with disinfectant.

The effort raised the question of whether taxpayer funds were being repurposed for political means, and whether social media platforms have rules in place that could stymie Hougland’s efforts — if he plays along.

In a statement to Fox News that was posted on social media, DARPA flatly rejected the Post’s reporting, and said Hougland was apparently misrepresenting the agency’s work.

“Hougland’s claim DARPA funded the tech at the heart of his political work is grossly misleading,” DARPA tweeted. “He advised briefly on ways to counter ISIS online. He was not consulted to design AI or analysis tools, nor certainly anything remotely political. DARPA is strictly apolitical.”

“Hougland had a tertiary consulting role advising an agency program on how to explore new and better ways to counter America’s adversaries online,” a spokesperson for DARPA separately told Fox News. “He was not consulted for technical expertise designing artificial intelligence or network analysis tools, nor certainly any research that was remotely political. … Unequivocally, DARPA funding did not help advance the technology with which Hougland now works any more than does his use of other agency technologies like the internet or mobile phone.”

Meanwhile, a spokesperson for Facebook told Fox News that “our policies require creators and publishers to tag business partners in their branded content posts when there’s an exchange of value between a creator or publisher and a business partner.”

Politicians and PACs who are authorized under Facebook’s policy entitled “Ads About Social Issues, Elections or Politics” are allowed to use the site’s branded content tool, the spokesperson added. The policy suggested that if Hougland paid any influencers, the arrangement would need to be disclosed.

As part of the authorization process for advertisers, Facebook says on its website that it “confirms their ID and allows them to disclose who is responsible for the ad, which will appear on the ad itself. The ad and ‘Paid for by’ disclaimer are placed in the Ad Library for seven years, along with more information such as range of spend and impressions, as well as demographics of who saw it.”

After this article was published, a Twitter spokesperson told Fox News that the site doesn’t have any comment “on the tactics of a political consultant or similar organization.” But, the spokesperson did point to Twitter’s platform manipulation and spam policy, adding that “if we find anyone to be in violation of these rules, we’ll take a range of enforcement actions.” Further, the spokesperson said Twitter also has a “thorough policy on automation and the use of third-party applications on our service.”

In 2018, Twitter launched its Political Campaigning Policy, which promises a degree of “transparency” for paid political communications.

The policy requires “advertisers who want to run political campaigning ads for Federal elections to self-identify and certify that they are located in the US Candidates and committees will have to provide their FEC ID, and non-FEC registered organizations and individuals will have to submit a notarized form.”

Additionally, “handles used for political campaigning advertising will have to comply with stricter requirements,” Twitter’s policy states. “The handle’s profile photo, header photo, and website must be consistent with its online presence and the Twitter bio must include a website that provides valid contact information. We will also be including a visual badge and disclaimer information on promoted content from certified accounts in the near future. This will allow users to easily identify political campaigning ads, know who paid for them, and whether it was authorized by a candidate.” 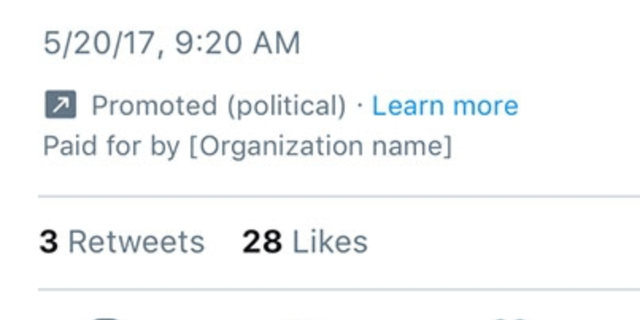 McChrystal, who led U.S. forces in Afghanistan before he was fired by then-President Obama in 2010 for deriding his civilian bosses in a Rolling Stone interview, told the Post that the operation was necessary, even if it might appear unseemly.

“Everyone wishes the Pandora’s box was closed and none of this existed, but it does,” McChrystal said.

McChrystal has not explicitly endorsed Biden, even though the new information warfare project is intended to help his candidacy. The former general has previously gone on the record with a less-than-glowing assessment of Biden’s competence.

One of the tidbits in the Rolling Stone interview by Michael Hastings recounted how McChrystal had lost confidence in Biden after he had suggested a counterterrorism strategy.

“‘Are you asking about Vice President Biden?” McChrystal said, imagining a way to dismissively mock Biden if someone were to ask about him during an upcoming question-and-answer session. ‘Who’s that?'”

“‘Biden?” another adviser chimed in, according to Hastings. ‘Did you say: Bite Me?'”

Editor’s Note: This article has been updated since its publication with a statement from DARPA, which contradicts The Washington Post’s reporting.

By Gregg Re | Fox News