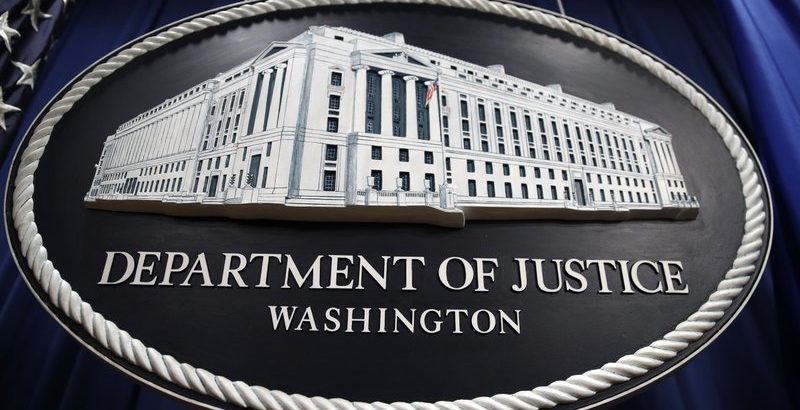 The Department of Justice announced Wednesday that it opted not to investigate President Donald Trump over a controversial phone call he had in July with Ukrainian President Volodymyr Zelensky.

The news came hours after House Speaker Nancy Pelosi of California announced the start of an official impeachment probe.

“The actions of the Trump presidency revealed the dishonorable fact of the president’s betrayal of his oath of office, betrayal of our national security, and betrayal of the integrity of our elections,” Pelosi told reporters on Tuesday from the Capitol Building, according to ABC News.

Pelosi cited the Ukraine controversy in her brief statement about impeachment.

Prior to the Wednesday release of the transcript of the call, Trump critics claimed the president was withholding $400 million in aid from Ukraine as a bargaining chip he was using to get Ukraine to investigate past activities of Democratic presidential candidate and former Vice President Joe Biden’s son.

The transcript released by the White House does not mention the aid, which was eventually released to Ukraine in September.

Investigators looked into the call to see whether Trump had sought a sort of campaign contribution from Ukraine by asking Zelensky to probe the family of a political opponent, and decided there was no basis for a criminal investigation, The Washington Times reported.

The Department of Justice’s Criminal Division “reviewed the official record of the call and determined, based on the facts and applicable law, that there was no campaign finance violation and that no further action was warranted,” DOJ spokeswoman Kerri Kupec told HuffPost for an article published Wednesday.

A legal opinion from Steven Engel, assistant attorney general at the Office of Legal Counsel, further explained the decision.

Engel cited the whistleblower complaint to the Intelligence Community Inspector General from an intelligence official who took issue with Trump’s phone call.

Acting Director of National Intelligence Joseph Maguire has thus far refused to reveal the contents of the complaint to lawmakers, though the White House is reportedly preparing to release a redacted version of the complaint anyway.

“According to the ICIG, statements made by the President during the call could be viewed as soliciting a foreign campaign contribution in violation of the campaign-finance laws,” Engel wrote in his memorandum, which was written earlier this month but only released to the public this week.

So does the Trump administration have a legal obligation to share the contents of the complaint with lawmakers? The DOJ says no.

“The complaint does not arise in connection with the operation of any U.S. government intelligence activity, and the alleged misconduct does not involve any member of the intelligence community,” the memo reads.

“Rather, the complaint arises out of a confidential diplomatic communication between the President and a foreign leader that the intelligence community complainant received secondhand. The question is whether such a complaint falls within the statutory definition of ‘urgent concern’ that the law requires the DNI to forward to the intelligence committees.”

“We conclude that it does not. The alleged misconduct is not an ‘urgent concern’ within the meaning of the statute because it does not concern ‘the funding, administration, or operation of an intelligence activity’ under the authority of the DNI.”

According to Kupec, Trump never asked Attorney General William Barr to discuss with Ukrainian officials anything relating to the Biden family.