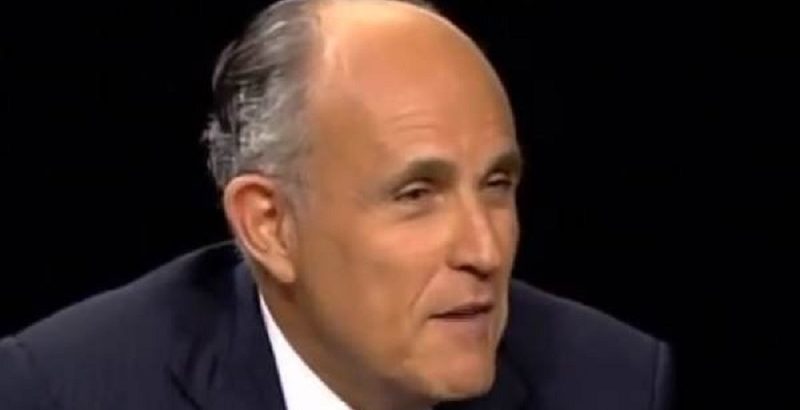 Government prosecutors left open the possibility that FISA warrants were used to spy on Lev Parnas, Igor Fruman, David Correia and Andrey Kukushkin, the four individuals who were indicted in October and charged with campaign finance violations for taking foreign donations.

A 21-page indictment was unsealed in October and prosecutors alleged the four men tied to Giuliani were ‘engaged in political activities in the US on behalf of one or more Ukrainian government officials.’

Feds from the SDNY responded to a motion filed by Kukushkin on behalf of all defendants and said the government may have used FISA warrants to spy on all four of the defendants, (including Giuliani?).

“More importantly, as the Government has repeatedly informed the defendants, it does not intend to use any information that was obtained or derived from FISA or other forms of surveillance identified by Kukushkin, nor does the Government anticipate having any classified discovery or the need to file a Classified Information Procedures Act (“CIPA”) motion. That is sufficient to meet the Government’s obligations under the applicable laws, and there is no basis identified in Kukushkin’s motion or otherwise to require anything more. For those reasons, and the reasons set forth below, Kukushkin’s motion should be denied.” – SDNY prosecutors said.

The feds then claimed they won’t rely on FISA warrants at trial and that the defendants are not entitled to know.

“With respect to FISA, the Government has complied with its obligations under Section 1806 in this case. On December 1, 2019, the Government notified defense counsel that it did not intend to use any FISA-obtained or FISA-derived information against the defendants at trial.”  – SDNY prosecutors wrote.

Rudy Giuliani is currently under a federal criminal investigation, including a counterintelligence probe.

The FBI is conducting a CI investigation into Rudy Giuliani to find out “whether a foreign influence operation was trying to take advantage of Giuliani’s business ties in Ukraine and with wealthy foreigners to make inroads with the White House,” yet there was no investigation into the Bidens even though there is overwhelming evidence of a pay-to-play scheme involving Ukraine.