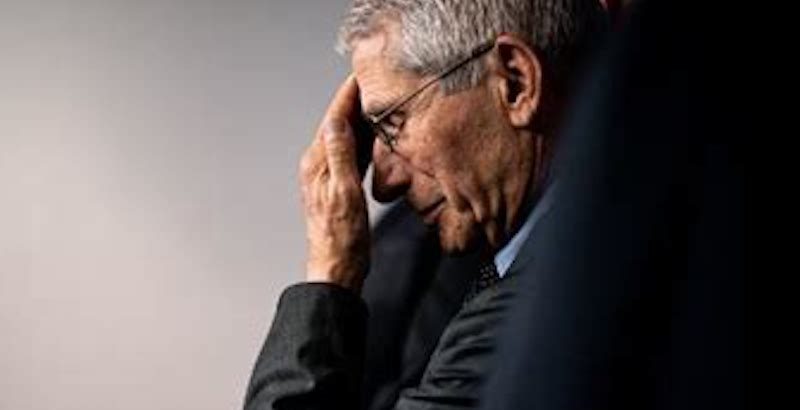 January 15, 2020, the first US Covid patient was treated with Remdesivir, a drug developed in the fight against Ebola. 1 month later, the drug was being mass-produced in China. Late Feb., the US began evaluating the drug.

Remdesivir is manufactured by a company called, Gilead Sciences. There is a doctor promoting this pharmaceutical company.  It is Dr. Fauci.

Hydroxychloroquine has been used for over 60 years, is very inexpensive and has a very high success rate against Covid-19. Several manufacturing companies make it.

Remdesivir is manufactured by one company and according to Fiercepharma.com, is said to cost $4,460 per course of treatment. Does Fauci only want Remdesivir to be used because of his financial ties to its manufacturer?  Is this why he does not support the use of Hydroxychloroquine.

If we know there is a cure, why all the deaths? Perhaps this should be explored.

Two Weeks Later China Was Mass Producing the Drug – The Firm Gilead Sciences and Dr. Fauci Are In the Middle

The first known case of COVID-19 showed up in the US in Washington state on January 19, 2020.  The individual had traveled to visit family in Wuhan, China, and had returned on the 15th.  The patient was immediately placed under surveillance and after declining health, he was finally given a drug being developed, remdesiver.

Treatment with intravenous remdesivir (a novel nucleotide analogue prodrug in development) was initiated on the evening of day 7, and no adverse events were observed in association with the infusion. Soon after treatment the individual recovered.

The Washington State patient was lucky that the clinic that he first attended provided his samples to the CDC.  It’s certainly unique that the patient was recommended remdesivir for treatment.  He was then advertised as the first COVID-19 infected patient to recover from remdesivir.

By mid-February a Chinese company started mass-producing remdesivir: On Feb. 12, 2020 – that is correct, Feb. 12 – 10 days after Trump initiated the China travel ban, Bloomberg reported: “A Chinese drugmaker said it has started mass-producing an experimental drug from Gilead Sciences that has the potential to fight the novel coronavirus, as China accelerates its effort to find a treatment for the widening outbreak.”

Then in late February, a study began in Nebraska, to evaluate remdesivir (which all sounds … backwards):

A randomized, controlled clinical trial to evaluate the safety and efficacy of the investigational antiviral remdesivir in hospitalized adults diagnosed with coronavirus disease 2019 (COVID-19) has begun at the University of Nebraska Medical Center (UNMC) in Omaha. The trial regulatory sponsor is the National Institute of Allergy and Infectious Diseases (NIAID), part of the National Institutes of Health. This is the first clinical trial in the United States to evaluate an experimental treatment for COVID-19, the respiratory disease first detected in December 2019 in Wuhan, Hubei Province, China.

Looking back, it’s curious how the doctors in Washington state became aware of the use of remdesivir for COVID-19.  What information did they receive that would lead them to try this relatively unknown drug?  Then how could the drug begin being mass-produced in China before trials even occurred in the US?

Perhaps the answer is related to the firm that produces remdesivir –Gilead Sciences.  It’s mission is – “To advance therapeutics against life-threatening diseases worldwide”.  Gilead is a also a large company that spends millions in it’s lobbying efforts annually:

Gilead is also connected to Wuxi AppTec and George Soros according to WND:

And just who, or what is Gilead Sciences? Gilead is partnered with Wuxi AppTec, an international pharmaceutical, biopharmaceutical and medical device company. According to Wikipedia, “The company covers the development cycle through five core operations, including small molecule R&D and manufacturing, biologics R&D and manufacturing, cell therapy and gene therapy R&D and manufacturing, medical device testing, and molecular testing and genomics.” And where, you may ask, is the company located? Wuxi AppTec was begun in Shanghai by Dr. Gi Li now with facilities also in Wuxi City and Suzhou, China, as well as facilities in St. Paul, Minnesota, Philadelphia and Atlanta. Wuxi AppTec is owned in part by none other than America’s own – George Soros.

We reported a month ago, that the China coronavirus was connected to the above players and to China’s Communist Party:

In addition, WND reports Gilead is related to UNITAID:

Holding this web together is the fact that Gilead has endorsed and is engaged with a drug purchasing group, UNITAID. UNITAID is an outgrowth of the United Nations, Millennium Declaration of 2000, which is now the U.N. Global Compact.

The one person behind the promotion of Gilead’s remdesivir is the doctor who has worked with Gilead for a long time, Dr. Fauci.  He also has downplayed and criticized the use of the much cheaper drug hydroxychloroquine:

Can there be any uncertainty as to why Dr. Fauci, who worked closely with Gilead, is strongly promoting its more expensive and less effective medication, which has already failed against Ebola, over a readily available, markedly affordable medication with a 91% success rate?

How long has the production of remdesivir been in the planning? Why is this drug so highly touted by Dr. Fauci? The answer appears to be related to Gilead Sciences.