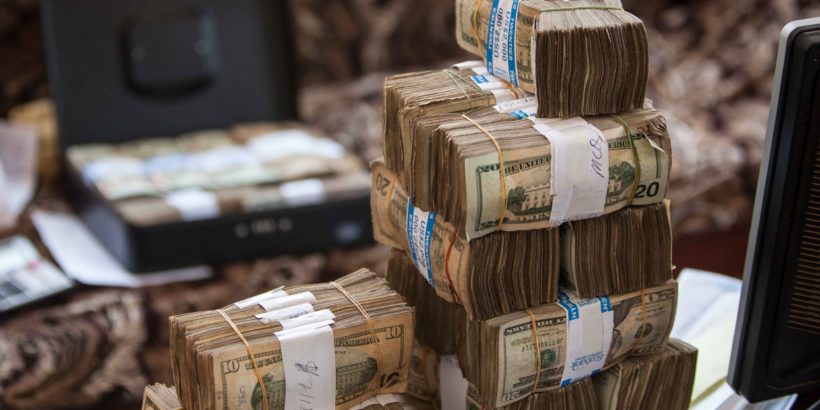 Do you know where your donations go?

EXCLUSIVE: Donations to BLM Are Funneled Through Democrat Related ActBlue and Handled by Organization Led By Member of Weather Underground Terrorist Group

We reported on May 30th the recent riots in Democrat-led cities around the country were coordinated and related to three main groups: 1)  US based Islamist Organizations, 2) Domestic terrorists, and 3) Others related to the Democrat Party.

There clearly was no reason for the mass riots taking place around the country after the death of the individual at the hands of the police in Minneapolis, Minnesota. Everyone who saw the police brutality was appalled and outraged at the sight of the policeman kneeling on the victims neck for an incredibly long period of time. The man died. But nothing warrants the wholesale destruction of property and and riots around the US since that event.

Here’s who we predicted were involved:

Across the country we have seen numerous incidents of domestic terrorists tearing the big cities apart.

In Portland, Oregon, Antifa showed up as was expected:

The same in Washington DC where Antifa set a church on fire and attacked the people’s house – the White House:

In Santa Monica, Antifa set a police car on fire and chased the police away:

2. US Based Radical Islamists

In LA rioters vandalized a Jewish synagogue and then came back later in the night to burn it down:

In Minnesota, the Governor’s daughter and Ilhan Omar’s daughter were both sharing Intel with rioters:

In New York City, the mayor’s daughter is involved in the protests:

4. Today we can add another name to the group – a member of the Weather Underground, Susan Rosenberg:

We were the first to report that BLM was raising money using ActBlue as a resource. The Daily Caller confirmed this and reported that BLM is not a non-profit organization and nonprofit organization (Thousand Currents) said it provides ‘fiduciary oversight, financial management, and other administrative services to BLM.

What’s the big deal?  Susan Rosenberg was a member of the Weather Underground terrorist group, which included Obama friend Bill Ayers.  In January of 2001, the New York Times reported that many politicians, including Democrat Chuck Schumer, were critical of a pardon President Clinton gave to her on his last day in office:

An unusual combination of New York political and law enforcement leaders have condemned former President Bill Clinton’s pardon of Susan L. Rosenberg, a one-time member of the Weather Underground terrorist group who was charged in the notorious 1981 Brink’s robbery in Rockland County that left a guard and two police officers dead.

Mayor Rudolph W. Giuliani, a Republican, and United States Senator Charles E. Schumer, a Democrat, were among those who criticized the pardon, as did Bernard B. Kerik, New York City’s police commissioner, and David Trois, a Rockland County police union official.

So contributions to BLM are funneled through ActBlue, the major resource for Democrat donations, and then funneled to an organization ran by a member of the Weather Underground terrorist group.

It’s clear that the recent riots around the country are not spontaneous. They are coordinated and planned. These riots are related to the same individuals involved in similar activities for years.