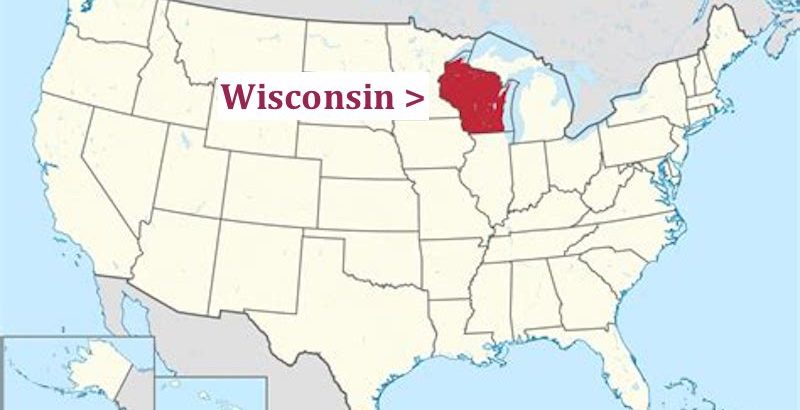 The State of Wisconsin can be added to the list of destructive rioters running rampant throughout our country.  Damage to historical statues, buildings and even people were caught on film.

When one Senator, Tim Carpenter (D), took out his phone to video-tape a stand-off between rioters and police officers, he also caught on film, the thugs who rushed him, assaulted him and left him immobile on the ground.

One of the statues, Col. Hans Christian Heg, was torn down by vandals. Heg was against slavery, fought in the Civil War and was killed. These riots and vandalism were obviously not about race. Were they ever?

Wisconsin Gov. Tony Evers said officials may activate the National Guard after a night of chaos in Madison, including an assault of a state senator.

Evers, a Democrat, said Wednesday morning that what unfolded in Madison “presented a stark contrast from the peaceful protests we have seen across our state in recent weeks, including significant damage to state property.”

“I want to be clear: violence against any person … is wrong. It should never be tolerated. Any single act of injustice against one person is less justice for all of us, and the people who committed these acts of violence will be held accountable,” he said.

Vandals late Tuesday tore down statues of the state motto, Forward, and Col. Hans Christian Heg, an anti-slavery activist who fought for the Union in the Civil War, in Madison.

Officials are assessing damage inflicted on state property and both statues have been recovered, Evers said.

“We are prepared to activate the Wisconsin National Guard to protect state buildings and infrastructure and are continuing to work with local law enforcement to understand their response to last night’s events and their plan to respond to similar events in the future,” he added.

The mob also assaulted state Sen. Tim Carpenter, a Democrat, who was filming a standoff with police.

Carpenter said (<VIDEO) he was punched and kicked in the head, neck, and ribs by 8 to 10 people for trying to capture the scene on video.

“Innocent people are going to get killed,” he said in a social media statement.

Video footage showed Carpenter on the ground and a reporter on the scene said his crew called paramedics for the lawmaker.

Vandals took down and dragged statues of Wisconsin’s motto and Heg from the statehouse in Madison and broke windows in a number of buildings, including the City County Building, the Madison Police Department said. They also threw a Molotov cocktail into that building.

The group, consisting of 200 to 300 people, initially moved through the downtown, blocking intersections and obstructing driveways.

“As the group’s behavior escalated, they entered a private condominium building and surrounded a towing vehicle (requiring the driver to abandon the vehicle),” the department said in a statement.

After the statues were removed, the group tried to break into the State Capitol building but were stopped by police officers.

It wasn’t clear if any arrests were made.

Reporters indicated the groups roving downtown were upset after a black activist was arrested after causing a disturbance outside a restaurant. A police report said the suspect entered the outdoor seating area holding a bat and using a bullhorn to make loud statements.

The suspect, identified as Devonere Johnson, resisted arrest and was charged with disorderly conduct while armed, resisting, and attempted escape.