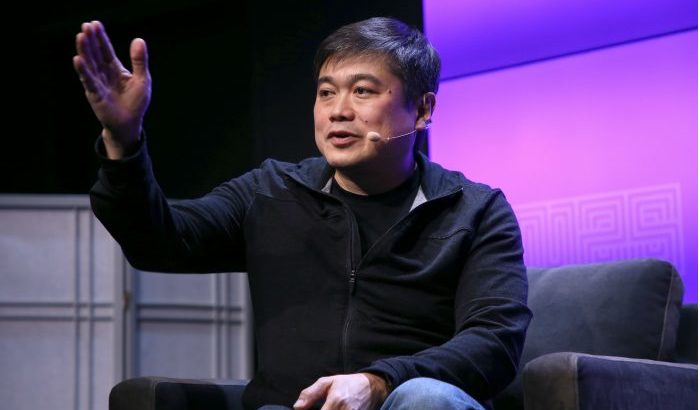 The dark connections to Epstein are world-wide and deeper than we know.

US NEWS
BY BOWEN XIAO

Massachusetts Institute of Technology’s (MIT) Media Lab Director Joi Ito resigned on Sept. 7, a day after a new report detailed how the lab attempted to hide its financial relationship with recently deceased sex offender Jeffrey Epstein, who had been facing trial on child sex-trafficking charges.

According to dozens of pages of emails and other documents obtained by The New Yorker, the Media Lab continued to accept gifts from Epstein, even as he was listed as “disqualified” in MIT’s official donor database. The lab concealed the full amount of donations received from Epstein by marking his contributions as anonymous.

The documents also revealed that Epstein apparently served as a mediator of sorts between the lab and other wealthy donors, soliciting millions in donations, including from Microsoft founder Bill Gates and investor Leon Black, the report said. According to The New Yorker, the financial connections between the lab and Epstein went “well beyond” what the lab and its director previously described in public statements.

“After giving the matter a great deal of thought over the past several days and weeks, I think that it is best that I resign as director of the media lab and as a professor and employee of the Institute, effective immediately,” Ito wrote in an internal email.

In one instance in 2014, Ito wrote in an internal email that the Media Lab had received a “$2M gift from Bill Gates directed by Jeffrey Epstein.” Peter Cohen, MIT Media Lab’s director of development and strategy at the time, replied to Ito’s email, saying, “For gift recording purposes, we will not be mentioning Jeffrey’s name as the impetus for this gift.”

A spokesperson for Gates denied to The New Yorker that Epstein directed any grants from Gates.

In his fundraising efforts, Ito invited Epstein to the lab and also visited several of the financier’s residences.

Epstein pleaded guilty in Florida in 2008 to state charges of soliciting a child for prostitution under a non-prosecution agreement that required him to spend 13 months in jail and register as a sex offender. The agreement has been condemned for ending a broad federal child sex abuse probe involving at least 40 teenage girls, which could have landed Epstein in jail for life.

In a Sept. 7 internal email, MIT President L. Rafael Reif announced it would be conducting an independent investigation into the allegations raised by The New Yorker. Reif called the allegations in the report “deeply disturbing” in the email, which was addressed to members of the MIT community.

“Because the accusations in the story are extremely serious, they demand an immediate, thorough and independent investigation,” he wrote. “This morning, I asked MIT’s General Counsel to engage a prominent law firm to design and conduct this process. I expect the firm to conduct this review as swiftly as possible, and to report back to me and to the Executive Committee of the MIT Corporation, MIT’s governing board.”

Reif also noted that Ito submitted his resignation as director, professor, and employee of the institute.

In a previous email to members of MIT’s community, Reif said the university received $800,000 via foundations controlled by Epstein over the course of 20 years. In August, two educators affiliated with the lab left their positions over the institute’s financial ties to Epstein.

Epstein was in a Manhattan jail when he was found dead in his cell on Aug. 10. His death was ruled by the New York City Medical Examiner’s office as a suicide by hanging. However, during a court hearing on Aug. 27, Epstein’s lawyers told a judge they had doubts about whether the office’s conclusion was correct.

The new allegations come days after reports that Nicholas Negroponte, who co-founded the lab in 1985 and was its previous director, said that he would still recommend taking the money. Negroponte said he had advised Ito to take Epstein’s money.

“If you wind back the clock, I would still say, ‘Take it,’” he said, the MIT Technology Review reported.

He then repeated, more emphatically, “Take it.”

His comments, which came at a meeting involving the entire Media Lab staff, “shocked many people in the audience,” the magazine said.

New York-based attorney and MIT graduate Manny Alicandro told The Epoch Times on Sept. 8 that he was troubled after seeing the internal email and the new allegations.

“I was upset,” he said in a phone call. “When we spoke last time, I felt there was more to the story that we didn’t know, and apparently that was true. I’m very disappointed. But I’m glad that the university is undertaking a full investigation.”

Alicandro said the details in the new report were “eye-opening” and “disturbing” to him.

“It showed a distinction in my mind between negligence and intentional conduct,” he said. “To me, based on what I read, it seems the university knowingly, intentionally continued their course of conduct with someone that they knew wasn’t a good person … they continued their relationships with him.”

“If that [New Yorker] article didn’t come out, would the school have undertaken these efforts now and would Joi have resigned? Unfortunately, the answer is I don’t think so. I think because of the pressure from the article, now the school is taking steps.”

Alicandro said he believes the independent investigation ordered by MIT’s president will spur the media lab to update its policies and procedures.

“Things are going to happen. Policies and procedures aren’t foolproof, but they are the best efforts we can take. They are strong efforts and for the most part, I think, with banks, they work,” he said.