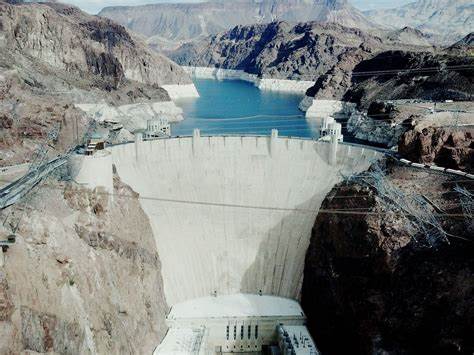 An explosion and a fire were reported at the Hoover Dam in Nevada on Tuesday, say witnesses as local officials later confirmed a transformer caught on fire before it was later extinguished.

Bureau of Reclamation Regional Director Jacklynn L. Gould said in a statement that the A5 transformer caught on fire. It was extinguished about 30 minutes later at 1:30 p.m. ET. She added that there were no injuries to visitors or dam employees, and there is no risk to the power grid

City of Boulder officials confirmed that the fire was put out before the fire department arrived.

“The fire was extinguished before Boulder City Fire Department arrived on scene. Bureau of Reclamation/ Hoover Dam will be handling any additional questions,” said the City of Boulder, located in Nevada, at around 1:50 p.m. ET.

Neither the Bureau of Reclamation nor Boulder City officials confirmed an explosion. But witnesses on the scene reported a blast.

Social media user Kristy Hairston posted a video minutes before that and said she was “touring the Hoover Dam” when she “heard an explosion.”

“Something has just blown up,” said an unidentified woman in the video. Another video uploaded to social media showed another angle of the fire and a possible explosion.

Other witnesses also reported a small explosion and fire at the dam, according to Fox Weather.

The cause and circumstances of the blast are not yet known.

A major tourist attraction constructed between 1931 and 1936, the Hoover Dam helps form Lake Mead, the largest reservoir in the United States. The dam is also a hydroelectric power generator that provides electricity for utilities in several states.

Lake Mead is currently at record low levels, according to local reports.

The Epoch Times has contacted the Boulder City Fire Department for comment.