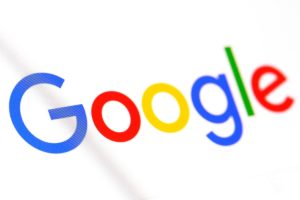 Suggested signs include, “Resist,” “No Ban No Wall,” “#NoMuslimBan #No Wall”

EXAMPLE CHANT: “From Palestine to Mexico, All the walls have got to go”

The full document can be accessed HERE.

(New York) — Project Veritas has obtained a document from an insider at Google which appears to show internal suggestions of how to protest political events.

“This document leak is the fourth in a series of leaks from inside Google and their subsidiary, YouTube.  This new document appears to show internal coordination of political protests which contradicts Google’s public statements that they are politically neutral.  More tech insiders are coming forward and we will continue to work with them to expose the secrets of Silicon Valley.”

(Do you work in Big Tech? Project Veritas would love to hear from you.)

The document, labeled “The Beginner’s Guide to Protesting (#GooglersUnite)”, states it was created to:

“assemble best practices and ensure that everyone feels comfortable and pumped about Resist@Google.commarches/protests.”

In the section titled the “Do’s and Don’ts”, the document tells readers that they should not “feel obligated to stop at crosswalks” and that the “point is to disrupt.”

The full document can be accessed HERE.

“Google has repeatedly been clear that it works to be a trustworthy source of information, without regard to political viewpoint. In fact, Google has no notion of political ideology in its rankings.”

(Do you work in Big Tech? Project Veritas would love to hear from you.)

Beginner’s Guide to Protesting
How to Guide + What to Expect + How You Can Help
________________________________________
Purpose of this document: Create a living document to assemble best practices and ensure that
everyone feels comfortable and pumped about Resist@Google.com marches/protests. Please
contribute to + comment on this document at will. Don’t feel comfortable, or want to help?
Reach out:
resist@google.com
________________________________________
Quick Reference:
● What to Bring
● Do’s and Dont’s
● Know Your Rights
● Expert’s Guide to Chanting
Protesting is an important part of Democracy, and it’s important to remember that it’s a proven
method of enacting civil change. You’re exercising your rights by participating, and while it’s
energizing to be surrounded by people united by a common cause, it’s more enjoyable and
safer when you come prepared. Especially if you’ve never participated in a protest, it can be
daunting. This guide is meant to help you have an effective, safe, and fun time. You should
leave feeling positive (and maybe tired!)
Check out examples of protest movements which successfully forced real change: Women’s
Suffrage (Susan B Anthony), Marriage Equality (Harvey Milk), Civil Rights (MLK Jr), Labor
Movement (Knights of Labor), Boston Tea Party 🙂 and more.
A few quick reminders:
● The protest is about the cause. Be energetic! Make noise! Participate in the chants!
Carry a sign! Invite others (even if they don’t work for Google!)
● Media might be present. So smile, get that hair done, and be sure you’ve got your
game face on. Nobody wants to be the bored protestor checking their phone on Twitter
What to Bring
● Clothing/Attire
○ Weather appropriate clothes — marching warms you up, but it still might be cold
○ Comfortable shoes — you’ll be marching
○ Sunglasses — if it’s sunny
● Other stuff

○ Water — you’ll be chanting, shouting, and walking around outside
○ Food — bringing a snack will help keep your energy up, and make sure you’re
fired up for the right reasons, and not just hangry
○ Sunblock
○ A Sign — feel free to make your own, but you don’t need one to participate!
■ Ideas for signage include “#NoMuslimBan #NoWall” “Don’t Be Evil”
“Refugees Welcome” “Immigrants Welcome” “Make America Welcoming
Again” “#GooglersUnite” “Resist” “Never Again” “No Ban No Wall” “This is
not who we are” “Muslims cure cancer”
■ Get ready-to-prints signs from go/welcomesigns or this Drive folder
○ Energy — See the Expert’s Guide to Chanting for more 🙂
Do’s and Dont’s
● Do’s
○ Have a plan. At least a rough idea of where you’re going and what you’re doing!
○ Bring a friend. Buddying up is a good way to stay safe, and it makes the debrief
after more fun.
○ Debrief afterwards with resist@google.com. What went well? What didn’t?
How can things be improved for next time?
○ Talk to the press and express your views. Remember your views are not
necessarily the views of the company or even those around you. But good
inspiration can be the signs around you 🙂
■ If you’re uncomfortable talking to the press, then don’t!
○ Be aware of the situation and your surroundings. It’s okay to leave. Don’t feel
pressure to do something or be somewhere you don’t want to.
○ Know your rights.
● Don’ts
○ No violence.
○ No shouting obscenities.
○ Don’t escalate. Keep your responses to any opposition or unexpected reactions
in check. Emotions can run high, and keeping your awareness about how you
feel will make
■ Remember, if you’re a person with relative privilege in a protest, avoid
escalating. You might unintentionally put less privileged people in higher
risk situations.
○ Don’t feel obligated to stop at crosswalks. Be careful! But the point is to
disrupt, and a crosswalk can split up the group when it’s large
○ No dangerous routes, even if it’s “on the route.” Watch out for construction,
heavy traffic, and be aware of your surroundings.
○ Don’t leave trash! Signs, water, and all the other materials that make for a good
protest also could make a lot of trash. Be sure to take your litter with you and

avoid leaving the protest sign a mess. That’s not the impression we want to
leave!
■ Also remember that stuffing trash cans with protest signs after the event
makes for a sad photo op, so just take it with you.
Know Your Rights
● Here are a few resources:
○ National
■ ACLU’s information on protester rights
■ National Lawyer Guild’s guide for dealing with law enforcement
○ State
■
Expert’s Guide to Chanting
● There’s nothing more sad than when a protest looks like a quiet group of folks hobbling
through the streets holding a few rolled up signs.
● So, do the opposite:
○ Be energetic! Clap your hands, make noise, chant with the chanting, and
participate with enthusiasm
○ You can smile and enjoy the comradery, but also remember that this is a protest.
So it isn’t the same thing as hanging out with your friends.
■ The group assembled for a reason. Be that badass photo shouting for
what they believe in, not that person checking your phone looking bored.
● Many chants are call and response, this is to keep people in sync, and also has built in
rest breaks, meaning you can chant longer, and louder. If you’re calling, call into the
crowd, you’re a minority, and its the crowd that needs to hear you, the response is aimed
outwards.
● Example Chants:
○ What do we want? JUSTICE! When do we want it? NOW!
○ Oh HEY. Hey OH. That Muslim Ban Has Got To Go. Oh HEY. Hey OH. That…
○ Show me what democracy looks like? THIS is what democracy looks like
○ No Ban! No Wall!
○ No Ban, No Wall, Sanctuary for All
○ No Ban, No Wall, America’s for All
○ No Hate, No Fear, Refugees are welcome here
○ No Hate, No Fear, Immigrants are welcome here
○ From Palestine to Mexico, All the walls have got to go