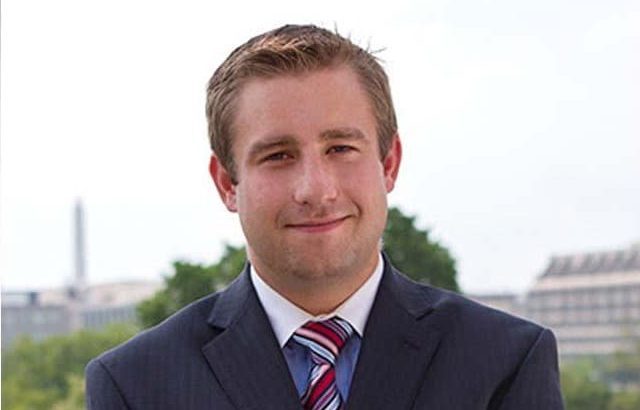 COMMENTARY by Liz Crokin About Attached Gateway Pundit Report Below…

“I was fired from an MSM outlet in 2017 after breaking multiple stories that went viral reporting the truth about Seth Rich’s murder & the subsequent coverup. Usually if a story goes viral, you get a raise or a bottle of champagne as long as the story you broke fits in their accepted narrative. But this wasn’t the case with whistleblower Seth Rich. After exposing the obvious coverup of his murder, I was literally told by an editor “we have to cut ties with you, we can’t tell you why…never contact us again.” This is what happens when you dare to expose the Deep State while working for ANY mainstream media”.

This was after they denied for years they had nothing on the case!

**  The documents were posted today on the FBI Vault —

For years Attorney Ty Clevenger requested this information on the case from the FBI.
This week the FBI released the information without notifying Clevenger.

For years we reported on the murder of Seth Rich in Washington DC before the 2016 presidential election.

For four years the FBI lied and said they had nothing on Seth Rich, but then in December 2020 the deep state FBI admitted they have 20,000 pages and a laptop all related to Seth Rich. The Deep State FBI liars finally brought the Seth Rich case out of the closet.

This story started with the release of emails by WikiLeaks related to the DNC and Hillary’s Campaign Manager creepy John Podesta.  Within days, in June 2016, Ellen Nakashima, a Deep State favorite from the Washington Post, released a report that the Democrat National Committee (DNC) had been hacked by Russia. The firm that validated this was Crowdstrike and its President Shawn Henry confirmed the claims.

In December 2016, Ms. Nakashima followed up her reporting with the outlandish claim that the CIA had determined that Russia hacked the DNC because Russia wanted Trump to win the election. Nakashima also reported that the Intel Community had determined that Russia also sent the emails to WikiLeaks. This position was reinforced by the Mueller gang in their efforts to have President Trump removed from office.

WikiLeaks released DNC emails related to John Podesta, Hillary Clinton’s Campaign Manager, in the months before the 2016 Presidential election which showed massive corruption combined with an elitist attitude from members of the Hillary Clinton team – all willing to do whatever it took to win an election.

On March 8, 2020 and before on June 16, 2019, we presented arguments against the Mueller gang’s assertion that the DNC was hacked by Russians.

Cyber expert Yaacov Apelbaum posted an incredible report with information basically proving that the DNC was not hacked by the Russians.

Then, after years of being hidden by corrupt-lying Representative Adam Schiff in Congress, a number of testimonies related to the Russia collusion sham were unveiled after Schiff received pressure from Richard Grenell, the Acting Director of National Intelligence (ADNI) to release the transcripts. One transcript was from Crowdstrike’s Shawn Henry who stated under oath that Crowdstrike had no evidence that Russia even “exfiltrated” the emails from the DNC. The whole ‘Russia stole the DNC emails and sent them to WikiLeaks’ story was a fraud.

Many people suspected that in 2016 a young man working for the DNC by the name of Seth Rich, copied emails from the DNC and shared them with WikiLeaks. Mr. Rich was murdered in Washington D.C. in July 2016 and it was labeled a robbery, but his wallet, phone and watch were found on his person when the police arrived at the scene. We reported numerous oddities surrounding his death.

The Mueller gang never looked into the Seth Rich matter and never interviewed Julian Assange from WikiLeaks to determine who provided Assange the DNC emails which were reportedly the cause of the Russia collusion sham.  We know this based on his thousand pages of reports where this is never mentioned.

We reported in mid-February 2020 how Attorney Ty Clevenger, who represents a client who is being sued for his comments about Seth Rich, reported to the courts that despite numerous assurances from the FBI that they had no information related to Seth Rich, emails related to Seth Rich were identified and provided to Judicial Watch. It looked like the FBI was lying to Clevenger all along.

In December the FBI admitted they had thousands of pages of information on Seth Rich.  The documents were highly redacted when they were turned over to Attorney Ty Clevenger.