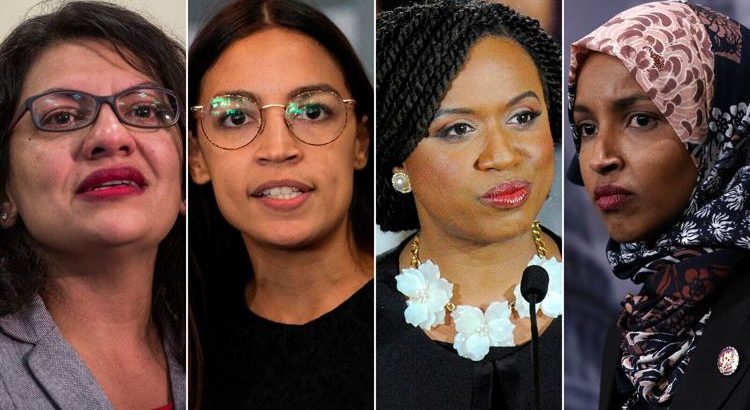 A Progressive Group of House Democrats, Want to Increase the Number of SCOTUS Justices

Members of the progressive “Squad” of House Democrats didn’t skip a beat on Monday, calling for court-packing almost immediately after Judge Amy Coney Barrett’s confirmation to the Supreme Court. 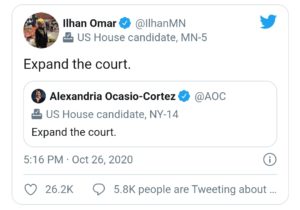 Monday’s vote came after weeks of partisan bickering over the rationale for confirming justices before an election.

“We are going to take back the White House [and] Senate next week with a resounding mandate from the people to fight back against Trump’s illegitimately stacked judiciary,” Rep. Rashida Tlaib, D-Mich., tweeted after Barrett’s confirmation. “We must expand the Court if we’re serious about the transformational change the people are crying out for.”

After Senate Democrats previously indicated they would take extraordinary measures in response to a Barrett confirmation, former Vice President Joe Biden declined to say whether he would pack the courts. 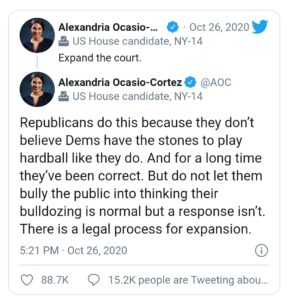 Another “Squad” member, Rep. Ayanna Pressley, D-Mass., tweeted a photo of herself, with the words: “We reject this injustice. We will fight for our rights. We will legislate our values.” 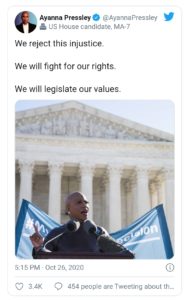 Just before the Senate’s vote on Monday, Biden floated the possibility that he could move justices to other courts.

“There is some literature among constitutional scholars about the possibility of going from one court to another court, not just always staying the whole time in the Supreme Court but I have made no judgement,” Biden said at a campaign stop in Chester, Pa.

He went on to say that “there are just a group of serious constitutional scholars, have a number of ideas how we should proceed from this point on.” 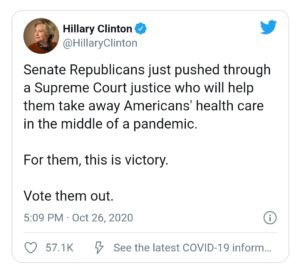 “Senate Republicans just pushed through a Supreme Court justice who will help them take away Americans’ health care in the middle of a pandemic. For them, this is victory. Vote them out,” said Hillary Clinton. 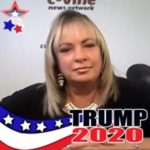