Our Movement, Our Patriotism, Our Destiny Is Staring Us In The Face; What Do We Do, Now? 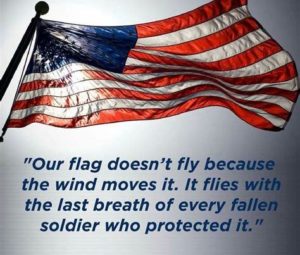 The Deep State/mainstream media’s plan with the pandemic and riots has completely fallen apart.  Because they are fighting for their lives, they will turn up the heat even more as President Trump and the Patriots drip out more information.

We know and see everything that is not right. Lies from the Left, lies from the Rino’s, stories spun so many ways even those of us who know the truth are left scratching our heads. We’ve got to do something, but what?

If we stood up to ANTIFA, that would be a disaster. They’ve been trained to take us out. We get our cues’s from Q. Almost a year ago to the day, we were encouraged to fly our flags every day, showing our patriotism and love of country. We are the silent majority, silent no more! Millions are now flying our flags proudly! We stand together, we stand united. It’s our movement, our patriotism, our destiny.

If you are not part of the Patriot Flag Movement, please join in. The Silent Majority is flying proudly!

The elections are easily manipulated with mail-in voting.  Trump knows this and wants poll voting. Most of the people want poll voting, too.  The DS is still trying to use the pandemic as an excuse for  for mail-in voting.

Trump spoke at the press release recently exclaiming masks should be worn. Wait… what? Why did he flip… or did he?  Every where we turn, we are admonished to wear a mask even to the point of public ridicule and shame if we have a medical disability inhibiting our ability to do so.

Most of America believe wearing a mask works. We who have read mask boxes know it states, ‘does not protect from COVID.’ Trump knows they don’t work, so what is going on? 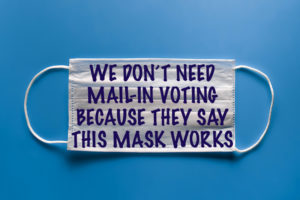 If he embraces the narrative that, ‘masks protect you,’ we should be able to safely go to the poll booths and vote, right?  If we can go the restaurants, post offices, grocery stores and be safe then mail-in voting is not needed. Brilliant move!

Masks also create a need for voter ID. This is even MORE brilliant! Trump is using their own weapons against them!

One of President Trump’s first orders of business was to crack down on human trafficking. Georgia’s John Kemp, signed a bill into law cracking down on child trafficking abuse in the Foster care system. Two bills will target this abuse.

With Ghislaine Maxwell recently being arrested, is there a connection? During Trump’s recent press conference, he said he wished Ghislaine, well. Why would he say this to someone who has allegedly abused girls?

Kayleigh McEneny explained. When Epstein ‘died, ‘ there was no justice for those affected by his crimes. He wished Maxwell, well because he wants to see this play out in a court of law. President Trump supports law and order, something the DS spins against him.

Comey tweeted out, “I wish Andy well.” Q showed us that this was their code for ‘death threat.’  When POTUS said this, it’s possible he was using their own DS code. Remember, Trump knows their comms (communications) and knows their playbook. Sometimes it takes a while for the truth to come out but when it does, it destroys propaganda,

The mayor of Portland is literally standing against the Federal Government with a mob. So much corruption, but we are beginning to see who is corrupt. It’s not President Trump. It is the governors and mayors. Those mom’s who stood for ANTIFA, mostly were not moms and many didn’t identify as female. This was a staged event they are using for optics.

Chicago mayor Lightfoot is saying the police must be defunded but if you see a Federal Agent, call the police. These people are crazy!

President Trump should not give federal funds to those states who are defunding the police and are keeping things shut down. Lies are being spread by the media that live ammunition is being used by the Feds, but in truth, only tear gas is used. When gunfire is used, it’s coming from DS snipers, but not the Feds. Drone footage supports this. 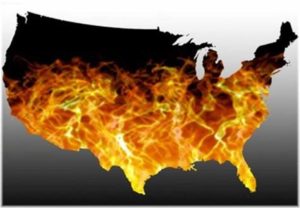 The horror it must be for our service men and women to look over their shoulders and see their homeland on fire. Land of the free, home of the brave? Now is not the time to be complacent. Will you answer the call to protect America and your freedom?

How can we show solidarity with those who love our country? Fly our flag. Post a photo of our flag with hashtags, ‘#SilentNoMore #LoveOfCountry #UnitedWeStand

Stand against tyranny. We can no longer be silent. We will control our destiny, our future. When this movement spreads, everyone will know America was revived, that she is alive and well. It has begun!