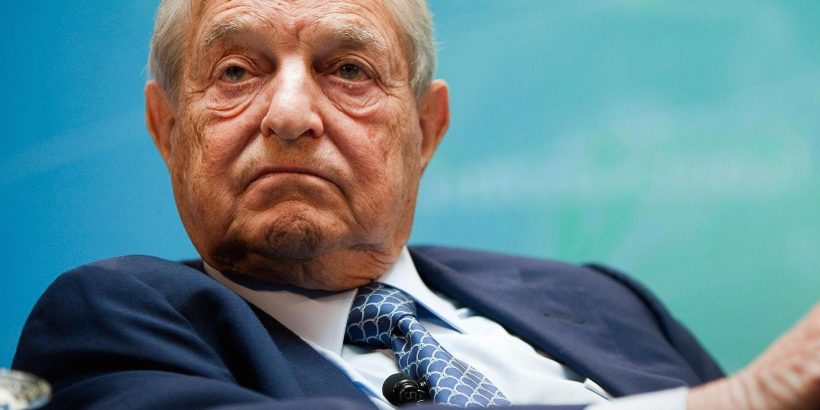 Globalist Billionaire George Soros has announced his support for Ukraine in the recent Russian-Ukrainian conflict that has taken the world by storm over the past several days.

On his personal website, Soros posted a mini essay stressing his upmost dedication to the post-Soviet nation and his disavowal of Russian President Vladimir Putin.

“I have witnessed Ukraine transform from a collapsing part of the Soviet Union to a liberal democracy and an open society. It has faced countless acts of Russian aggression, but has persisted. Brave Ukrainians are now on the frontline and risking their lives in an onslaught that reminds me of the siege of Budapest in 1944 and the siege of Sarajevo in 1993. It is important that both the transatlantic alliance (the United States, Canada, the European Union, and the United Kingdom) but also other nations do whatever is in their power to support Ukraine in its time of existential threat. Putin’s actions are a direct attack on the sovereignty of all States that were once in the Soviet Union, and beyond. Russia is in clear violation of the United Nations charter and should be held accountable. Allowing Putin to succeed on his quest will send a message across the world that nations can simply be created or dissolved by brute force. We must stand with Ukraine, as they stand for us.”

Soros interfering with the business of sovereign nations is nothing new, and he has become somewhat of a celebrity on our site over the years, with an extensive amount of articles detailing his cruel deeds throughout the world.

More recently in the United States, Big League Politics has reported on multiple Soros operations, including his recent $125 million donation to the Democrats and his efforts to defund the police.

Of course he can cloak his true intentions by arguing that he wants the Ukrainian people to stand up to the invading Russian force and that he’s simply defending democracy or whatnot, but it’s always much deeper than that.

Soros is the definition of a globalist and the very idea of a sovereign and prideful nation pains him to the core. Ever since the 2013/2014 Euromaidan Color Revolution in Ukraine, the country has hinted at its intentions to globalize.

Under President Volodymyr Zelensky, these hints have accelerated, with Zelensky publicly announcing his support for Ukraine’s entry into NATO and the European Union.

Russia on the other hand is the complete opposite. After opening up full throttle to the west in the 90s, Russia nearly collapsed for the second time in a single generation.

Upon the election of Vladimir Putin, this process was reversed, with Russia re-nationalizing much of its industry and paving a road for the country to be self-dependent.

Accounting for these differences, it’s a lot easier to see now why Putin and Soros would be going toe-to-toe, and it certainly isn’t the first time either. In the early 2000’s, Soros funded Mikheil Saakashvili, an anti-Putin Georgian politician, and his coup attempt against the established Georgian government.

The coup succeeded, and Saakashvili would go on to lead Georgia against the Russians in the 2008 Russo-Georgian conflict. Upon leaving the Presidency, Saakashvili traveled to Ukraine to take part in the aforementioned 2013/2014 Euromaidan coup against legitimate Ukrainian President Viktor Yanukovych.

After Yanukovych was ousted from power, he fled to Russia. Shortly after, the Russians would seize Crimea and the rebels of Novorossiya would declare independence from the new Ukrainian state.

Clearly, these events are all interconnected by a single web. The web isn’t always straight and easy to follow, but all the connections are there.

Soros’ next move remains unknown. Typically, the billionaire doesn’t simply voice his support for a cause, he uses his massive wealth to enact his will upon the world.

Whether this means financial aid to Ukraine or perhaps lobbying efforts for war in western nation is unclear, it is almost certain that George Soros intends to do more than simply voice an opinion.